Chiefs’ Patrick Mahomes values playing in Kansas City over cities like New York: ‘They care about the person you are’

Chiefs’ Patrick Mahomes values playing in Kansas City over cities like New York: ‘They care about the person you are’ 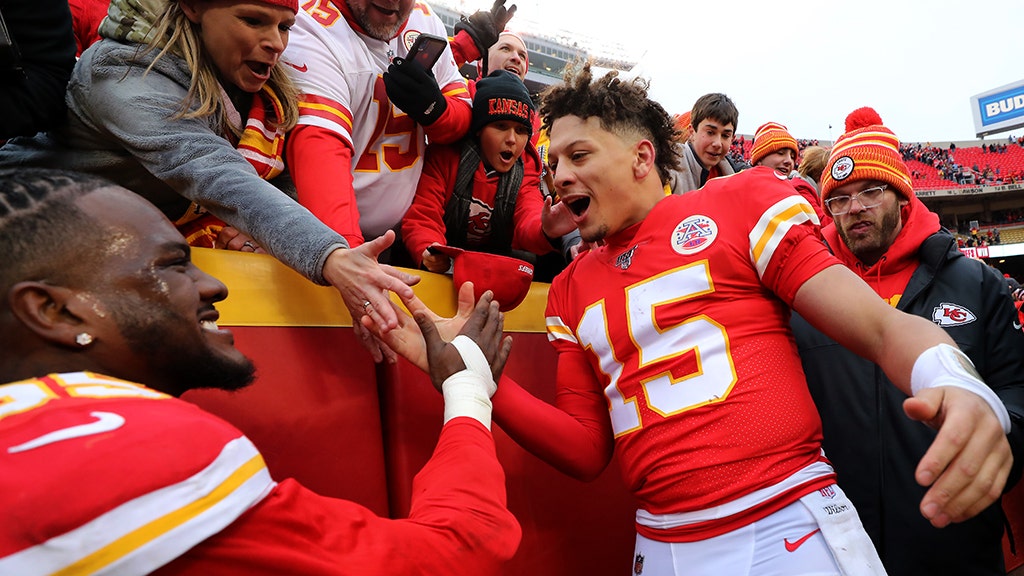 The New York sports scene is not for the faint of heart and for Patrick Mahomes, it’s something he witnessed firsthand, which likely influenced the trajectory of his career.

As the son of longtime MLB pitcher Patrick Mahomes Sr., Mahomes saw just how a fanbase could turn after a bad streak similar to when his dad took the mound for the New York Mets in 2000.

“He started pitching badly, and right away when he got in the game, he started getting booed,” the Super Bowl champ told ESPN in a story published Monday. “I got to see that firsthand as a young kid.”

Despite helping the Mets reach the playoffs in 2000, Pat Mahomes was left off the roster for the 2000 World Series. He became a free agent in December of that year and was eventually signed by the Texas Rangers.

Mahomes wanted something different than that of his father and he found that in Kansas City.

“People have been generous here,” Mahomes told ESPN ahead of the Chiefs’ training camp. “They’ve been nice to me and my family, and so I’m excited to have my future here.”

HALL OF FAMER RANDY MOSS: PATRICK MAHOMES COULD ‘POSSIBLY’ BE THE GREATEST QUARTERBACK OF ALL TIME

He continued: “You go to some sports cities and if you’re playing badly on Sundays, it’s like they hate you and your family. Then you come to Kansas City and it doesn’t even matter. They care about the person you are and how you treat other people. It’s cool to be in a city like this.”

Mahomes solidified his place in Kansas City after signing a historic 10-year, $503 million contract in the offseason that will keep him playing there until 2031 and if that wasn’t enough, he went on to become part-owner of the Kansas City Royals that same month.

“I’m going to be here a long time,” he said. “I want to keep doing what I can to put roots down and trying to make the franchises, the Chiefs and the Royals, the best they can be. I wanted to be a part of the Royals baseball team. Being at the games, knowing the atmosphere in Kansas City, how much everybody loves the Royals and the Chiefs. I thought it was a good fit.”

Mahomes is certainly putting down roots in Kansas City. Earlier this month, he proposed to longtime girlfriend Brittany Matthews in no other than a private suite at Arrowhead Stadium.

While the scene is certainly set for Mahomes to play out the entirety of his career in Kansas City, there’s no doubt that his talent would carry over in any city — even the Big Apple.