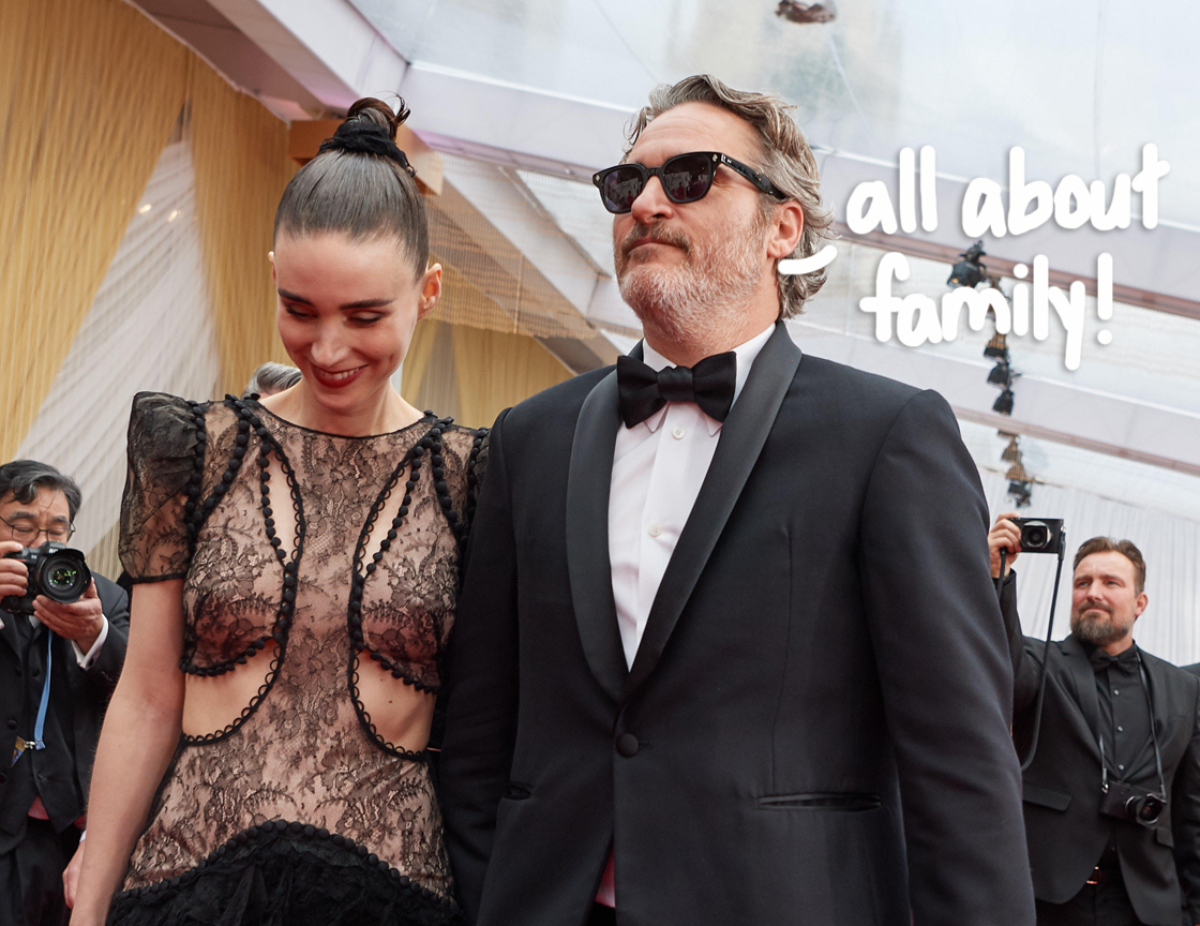 The engaged couple has reportedly welcomed their first child together, River, a beautiful baby boy named after Phoenix’s late brother who tragically passed away back in 1993. Wow, congratulations! What a special way to mark the milestone while keeping their loved ones’ memory alive.

The happy news was shared over the weekend by Russian filmmaker Victor Kossakovsky, who previously worked with the Oscar winner on the dialogue-free documentary, Gunda. Speaking during an appearance at the 2020 Zurich Film Festival in the actor’s absence, he revealed:

“He just got a baby by the way. A beautiful son called River.”

As seen in the clip (below):

Rooney and Joaquin first met in 2012 on the set of the science fiction romance Her, but they didn’t start dating until four years later in 2016 after starring alongside each other in Mary Magdalene. The pair confirmed their engagement and pregnancy news in May 2019.

As you’ll likely remember, River died from a cocaine and heroin dose over two decades ago, but we can only imagine he would’ve been so proud to become an uncle today. Sending our best to their entire family!

We hope Rooney is resting at home comfortably and we can’t wait to hear more details about their baby.