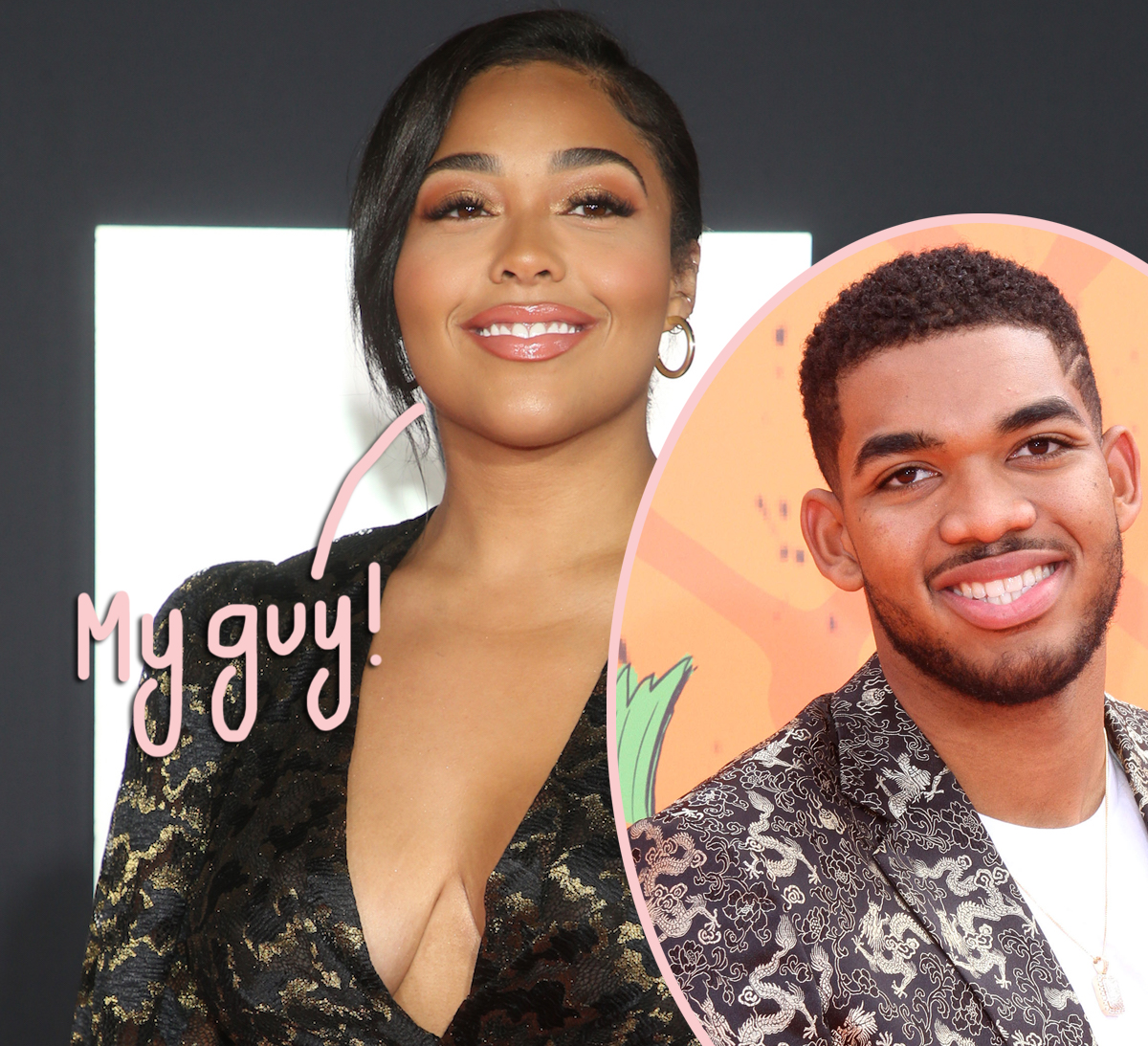 We kind of figured Jordyn Woods and Karl-Anthony Towns were more than just friends after seeing the lavish birthday gifts he recently splurged on for Kylie Jenner‘s ex BFF, but now it’s crystal clear.

On Saturday, the model and the NBA player posed together on the beach — both in Versace swimwear — for a series of three photos where they embraced in various positions, leaving nothing more to speculate on.

As if that weren’t enough, Jordyn added with the caption:

Take a look at the steamy photo sesh (below) for yourself:

So far in the comment section, public opinion seems to be mixed on the new couple, despite Woods’ follow-up message, saying:

Hmm. The Minnesota Timberwolves player also shared pics from the same shoot to his IG with an equally adorable caption and the location set to ‘Love.’

Back in August 2019, Woods shot down rumors she was dating the basketball star, describing him as being “like a brother to me” at the time. Clearly, their relationship is in a MUCH different place now. Geez, we hope!

Congrats to the happy couple!!