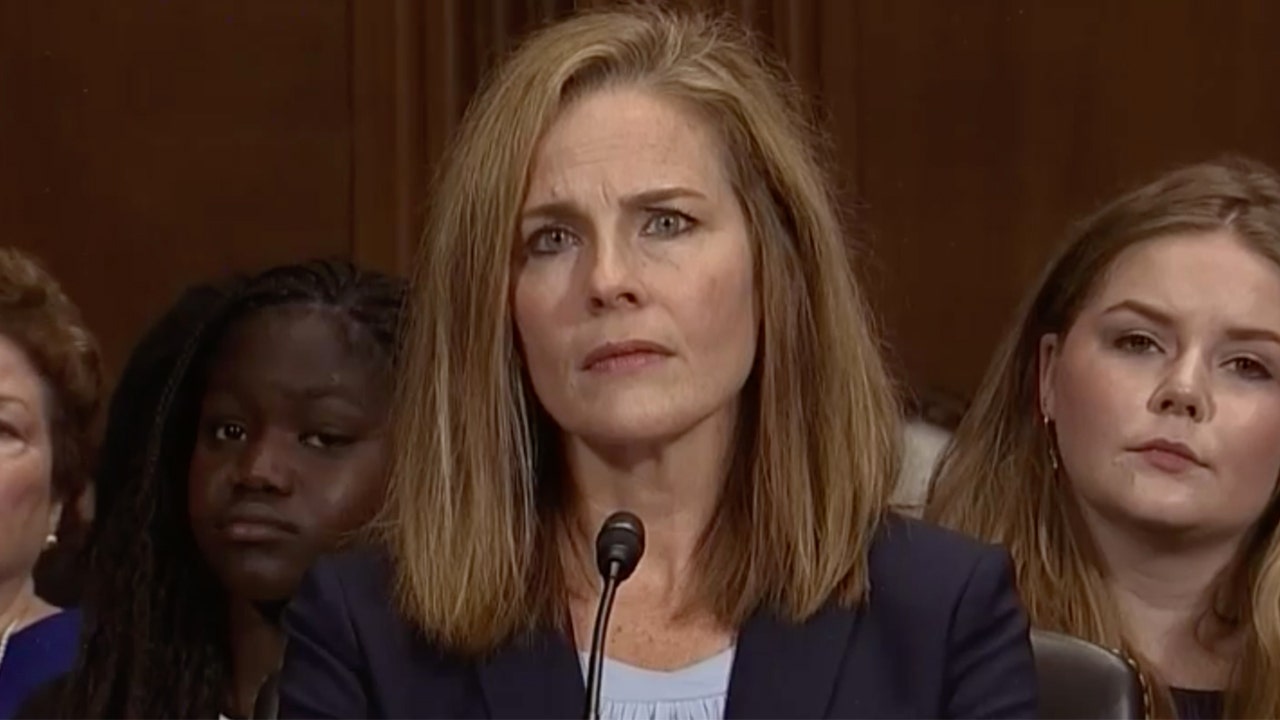 Seventh Circuit Judge Amy Coney Barrett is an exceptionally well-qualified jurist who would be an outstanding Supreme Court justice.  But even before President Donald Trump officially nominated her to serve on the nation’s highest court, voices on the left hurled vile personal accusations at her, trying to tarnish her reputation and drag her family in the mud with them.

So who is Barrett, really, and what kind of justice she will be? Let’s stick to the facts.

Barrett grew up in New Orleans, La., the oldest of seven children. She is Roman Catholic and also belongs to People of Praise, a nondenominational faith-based group whose members provide each other practical and spiritual advice, establish schools and undertake missionary work. Barrett lives in South Bend, Ind., with her husband Jesse (an attorney and former federal prosecutor) and their seven children.

Following a brief time in private practice, Barrett began her teaching career, including 15 years at her alma mater, Notre Dale Law School, where three graduating classes voted her “Distinguished Professor of the Year.”

Barrett’s scholarship, especially on originalism and judicial precedent, earned her a national reputation. A 2003 article argued that stare decisis, or adherence to past decisions, should be “flexible in fact, not just in theory,” and must not deprive litigants of a full opportunity to fully present their case.

In a 2010 article, Barrett explored textualism, explaining that this approach “has distinguished itself from other interpretive approaches” by insisting that “federal courts cannot contradict the plain language of a statute.”

And in a 2013 article, Barrett examined how stare decisis is weaker in cases that interpret the Constitution. A justice’s duty, she wrote, “is to the Constitution,” and it is “thus more legitimate for her to enforce her best understanding of the Constitution rather than a precedent she clearly thinks is in conflict with it.”

In Barrett’s 2017 confirmation hearing, Democrats asked about her religious faith and whether she considers herself to be an “orthodox” Catholic. Sen. Dianne Feinstein, D-Calif., even said “the dogma lives loudly within you.”

These attacks were meant to suggest that Barrett’s personal views and values, including her religious beliefs, would drive her judicial decisions. But Barrett has repeatedly written and said the opposite.

While still a law student, Barrett co-authored an article that examined the possible conflict between a Catholic judge’s faith and judicial responsibility in death penalty cases. Her conclusion: “Judges cannot – nor should they try to – our legal system with the Church’s moral teaching whenever the two diverge.” The solution to an irreconcilable conflict is “the recusal of judges whose convictions keep them from doing their job.”

Barrett again stated unequivocally: It is “never appropriate for a judge to impose that judge’s personal convictions, whether they derive from faith or anywhere else, on the law.”

Pressed about this article at her hearing, Barrett again stated unequivocally: It is “never appropriate for a judge to impose that judge’s personal convictions, whether they derive from faith or anywhere else, on the law.”

Barrett’s judicial opinions are thorough, careful and principled. In Kanter v. Barr, Barrett dissented from a decision upholding a categorical lifetime ban on felons possessing firearms. The plaintiff had been convicted of mail fraud, and Barrett argued that “[a]bsent evidence that he either belongs to a dangerous category or bears individual markers of risk, permanently disqualifying Kanter from possessing a gun violates the Second Amendment.”

Barrett wrote the opinion in Doe v. Purdue University, in which a male student was found guilty of sexual violence by a university committee and suspended. As a result, he was expelled from the ROTC program and lost his scholarship. He sued the university, claiming its procedures violated his constitutional rights as well as federal anti-discrimination laws.

Although the 7th Circuit did not address the merits of the student’s claims, Barrett wrote that “Purdue’s process fell short of what even a high school must provide to a student facing a days-long suspension.”

Barrett has also addressed significant issues outside the courtroom. In a 2018 speech, Barrett stated that, properly understood, originalism does not involve trying to “think your way into the minds of the Framers.” Rather, she said, it is a recognition that “The text of the Constitution controls, so the meaning of the words at the time they were ratified is the same as their meaning today.”

Speaking days before the 2016 election, Barrett said that people “should not look to the Supreme Court as a super legislature. They should look at the court as an institution that interprets our laws and protects the rule of law, but doesn’t try to impose policy preferences – that’s the job of Congress and the president.”

So who is Amy Coney Barrett? She is just the kind of jurist who should be nominated and confirmed to the Supreme Court. There, she would faithfully serve the American people.