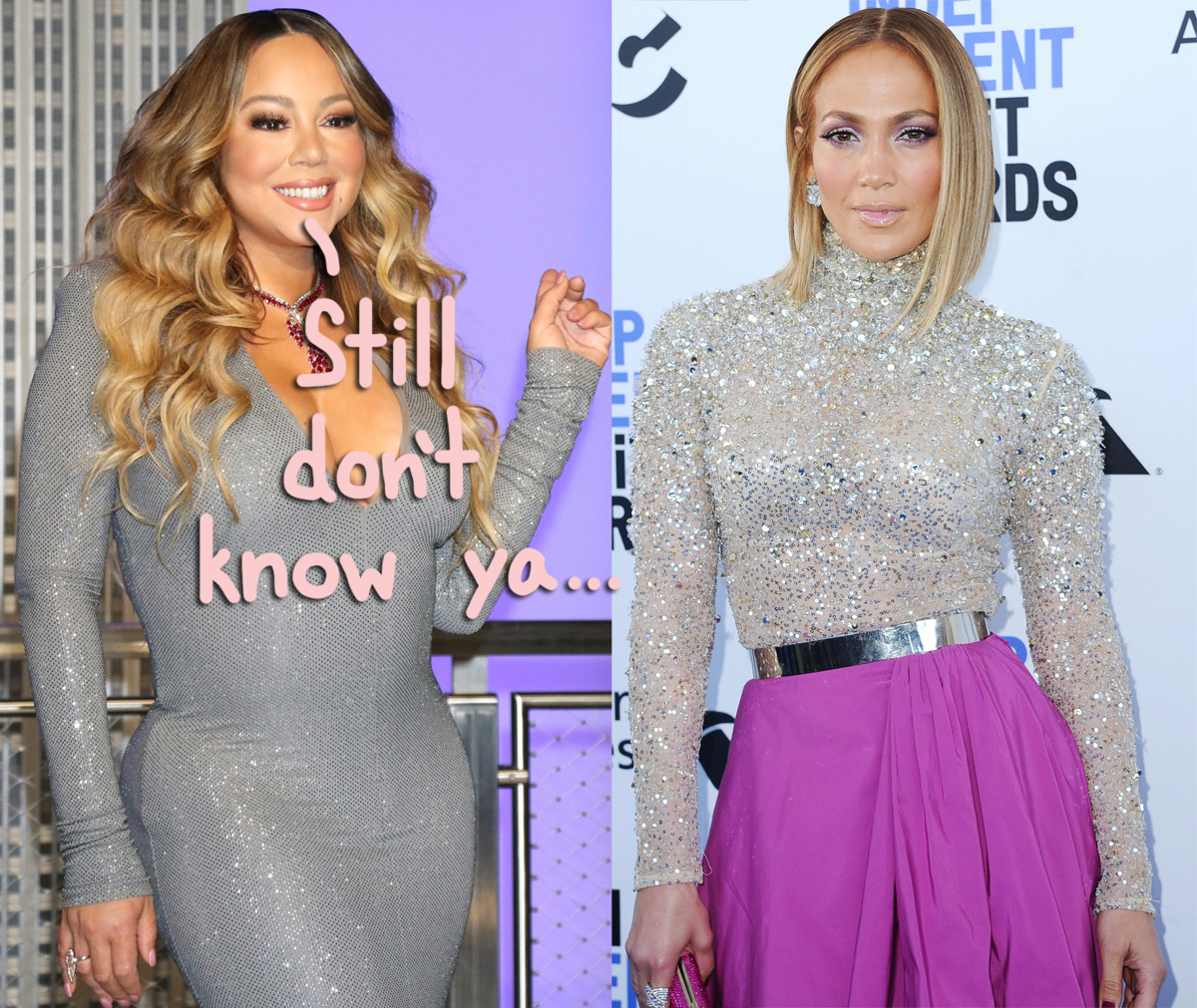 For so many reasons, Mariah Carey is forever the queen of shade! We bow down once again, too, for we are not worthy!

The Emancipation of Mimi singer’s new memoir is due out in just a couple days — it hits book shelves on Tuesday, September 29 — but already we’re getting early looks at the work from various book reviewers at major newspapers, and it sounds like the project was well worth the effort!

Los Angeles Times writer Rich Juzwiak reviewed Carey’s introspective and memorable new work, The Meaning of Mariah Carey, for the newspaper earlier this week and came away impressed at the pop music-like “gloss” that really sells the stories told within those pages. But one thing stood out above all others for us in Juzwiak’s review: a hilarious meta-reference Carey made in the book to her previous, infamously super-shady reference to Jennifer Lopez!

Doubling (tripling?!) down on her initial shade with MORE shade, Juzwiak notes how Carey approaches the Lopez fiasco, writing in his review (below):

“Carey’s established persona translates well in her prose. Idiosyncrasies abound: her proclivity for 10-dollar words that pepper her plainspokenness with bits of humorous formality (‘gallivanting,’ ‘delegation,’ a house that smells of ‘calamity and dog hair’); her love of ‘moments’ (‘Farrah Fawcett layered moment’ is how she describes her hair in a video); her tendency to punctuate statements with ‘dahling.’ These are felicitously doled out, making the book voicey [sic] without congealing into shtick. She is frequently funny, never more so than when refusing to print Jennifer Lopez’s name, instead referring to her rival as ‘another female entertainer on [Sony] (whom I don’t know)’ — a winking reference to the definitive meme of diva shade, a 2003 interview in which Carey was asked about Lopez and responded, ‘I don’t know her.’”

There’s something beautiful about the We Belong Together singer masterfully holding on to a now-17-year-old moment that’s become its own meme! We are SO here for it, dahling!

Juzwiak ultimately reviews the memoir positively overall, too, summing things up in relation to Mariah’s pop music roots and concluding (below):

“Instead, she presents as an angelic self-portrait, someone who has made a life of transubstantiating pain into joy. In so much of the book — her childhood and the Mottola years take up about two-thirds of it — she casts herself as, above all things, a survivor of hardship. Much of the focus is not on what she has done but what was done to her. Reacting defines her persona and the cultural m.o. of her memoir. This book sets in type pop music’s ethos of good packaging. To love pop is to appreciate its gloss, and in that narrow but all-important sense, wow does The Meaning of Mariah Carey shine.”

And as we mentioned and as you can see (below), it’ll be out in just a few days’ time for you to pick up, too:

Oh, by the way, if you’ve got the appetite for another memoir, what about ours?!

Go to PerezHiltonBook.com to pre-order OUR memoir! It’ll be released October 6th! And it’s got SO much good dirt and even a little shade, too! LOLz!!!