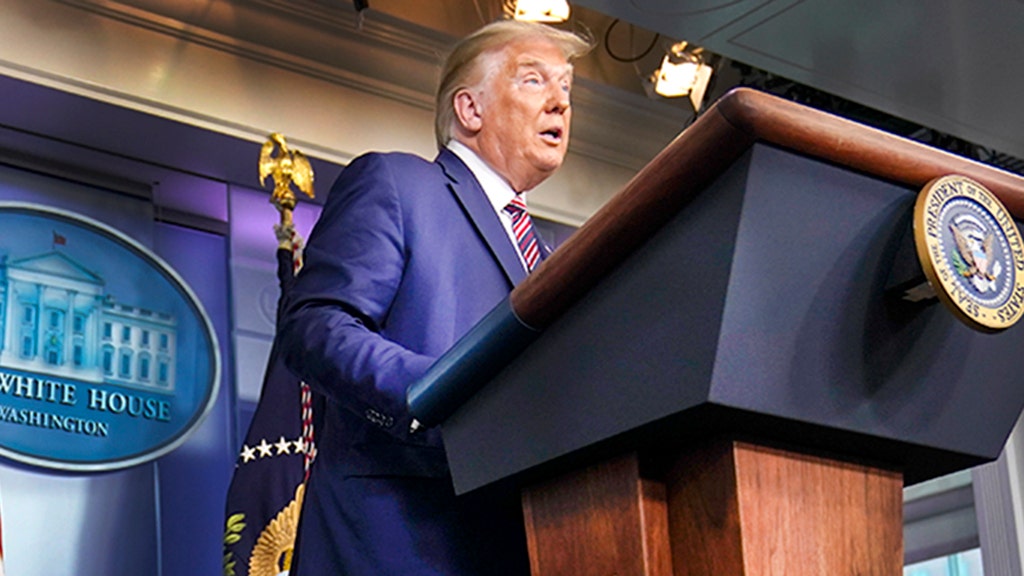 A group of 70 senior government officials who worked with various Republican administrations dating back to Richard Nixon endorsed President Trump for re-election on Monday, citing his accomplishments on foreign policy and national security.

“We also believe that a president’s duty and loyalty are owed, first and foremost, to the American people, and not the international community, which is consistent with strengthening our alliances and friendships,” the letter said. “For all of these reasons, we have concluded, that Donald J. Trump should be re-elected as President of the United States.”

The initiative was spearheaded by KT McFarland, a former deputy national security adviser to Trump; Christopher Burnham, the former assistant secretary of the State Department and Under Secretary General of the United Nations during George W. Bush’s presidency; Charles Glazer, the former U.S. ambassador to El Salvador under Bush; and Deroy Murdock, a former member of the Department of Education during the Reagan administration.

“President Trump has, in less than four years, achieved a remarkable number of successes on behalf of our nation,” Murdock said in a statement to Fox News. “His opponents bristle at his methods, but the scoreboard speaks for itself. America is winning and we want to keep winning — therefore, we urge our fellow Americans to vote for Donald Trump.”

The authors pointed to Trump’s imposition of sanctions on Iran, North Korea, Russia and China (in particular touting his hard-line stance on the Beijing government); his efforts in securing additional funding from NATO allies; the peace deal that he helped broker between Israel and the United Arab Emirates; and the authorization of a drone strike that killed Iran’s top security and intelligence commander, Gen. Qassem Soleimani.

“President Trump’s foreign policy has strengthened America’s national security, advanced the cause of peace in the Middle East, and has held the Chinese, Russian and Iranian governments accountable,” Glazer said in a statement to Fox News. “President Trump has and will continue to have the fortitude and leadership to keep Americans safe, at home and abroad.”