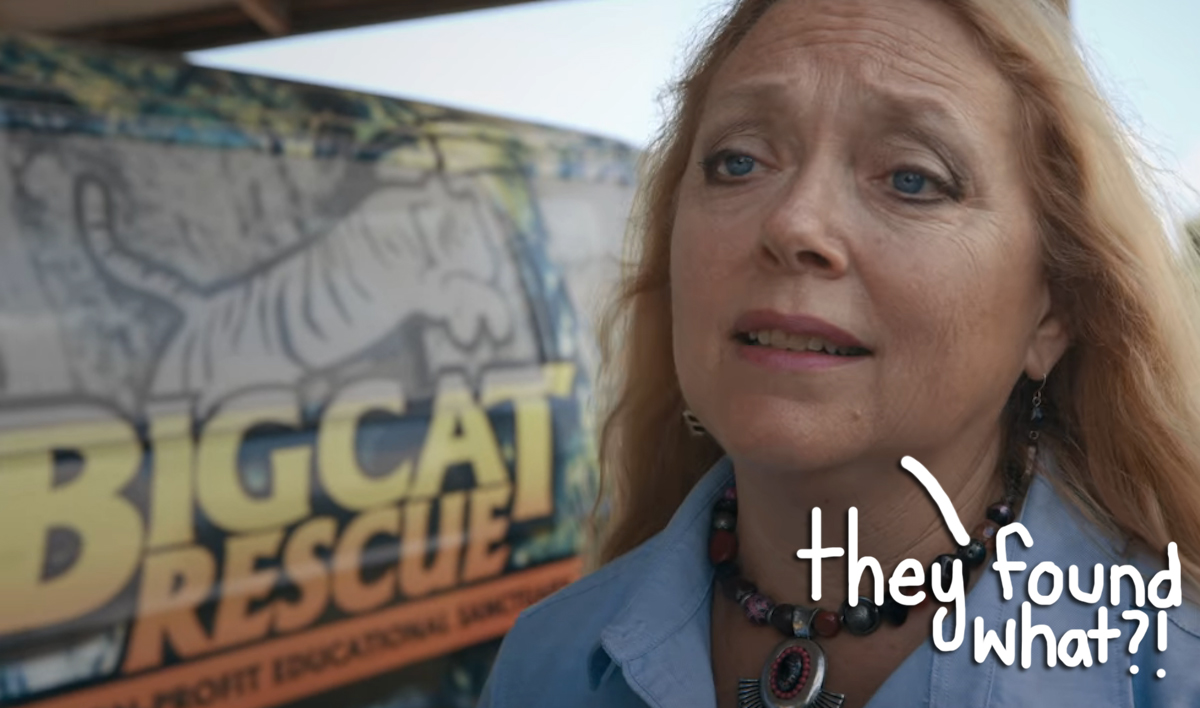 Could Don Lewis‘ disappearance finally have a solid lead?!

As you’ll likely recall, the case of his 1997 vanishing act was reopened following the release of Tiger King: Murder, Mayhem and Madness, which chronicled the life of his former wife Carole Baskin along with others in the big cat space.

On the show, Joe Exotic shared theories suggesting the DWTS contestant had fed her husband’s body to tigers, which she has continuously denied. Over the past few weeks, there’s been renewed tension between Lewis’ family members and Carole which includes a defamation lawsuit, and now, a new development!

Related: Carole Admits In Old Letter She ‘Would Have Eventually Killed My Husband’

According to a report by The Sun, a cadaver dog picked up the scent of human remains near Don’s lake house property in Florida. Five years after his disappearance, he was declared legally dead, but his body has never been found and there have not been many solid leads. This latest discovery was filmed as part of a new Investigation Discovery documentary, Tigers, Lies, and Cover Ups, which aired on Sunday.

“Cadaver dogs can detect human remains 20 feet below water and the fact we have her alerting on the same spot was extremely exciting.”

But don’t get too riled up! It could be a while before they find any remains, if they’re lucky enough to find anything at all. After 23 years, it will be a difficult search due to zero visibility and alligators in the area:

“We are not going to find a body, but if Don, hypothetically, had gone through a meat grinder we are looking for soft bone fragments, clothing or maybe a tooth. Best case scenario is you find a tooth or bone that you extract DNA from.”

However, detectives from the Hillsborough County Sherriff’s Office went out to take a look after the animal picked up the scent, but they were unable to find anything due to the “poor conditions.”

Back in March, Sherriff Chad Chronister made it clear he wanted to get to the bottom of the case, once and for all. He posted on Twitter at the time:

“Since @netflix and #Covid19 #Quarantine has made #TigerKing all the rage, I figured it was a good time to ask for new leads. #CaroleBaskin #DonLewis #Netflix #Tiger #BigCatRescue #JoeExotic #TigerKingNetflix #HCSO”

The tweet was accompanied by a poster with pictures and info about Lewis and the message:

“Only YOU can help solve the Jack “Don” Lewis Cold Case”

Seems like they’re doing their best to make good on that promise!!