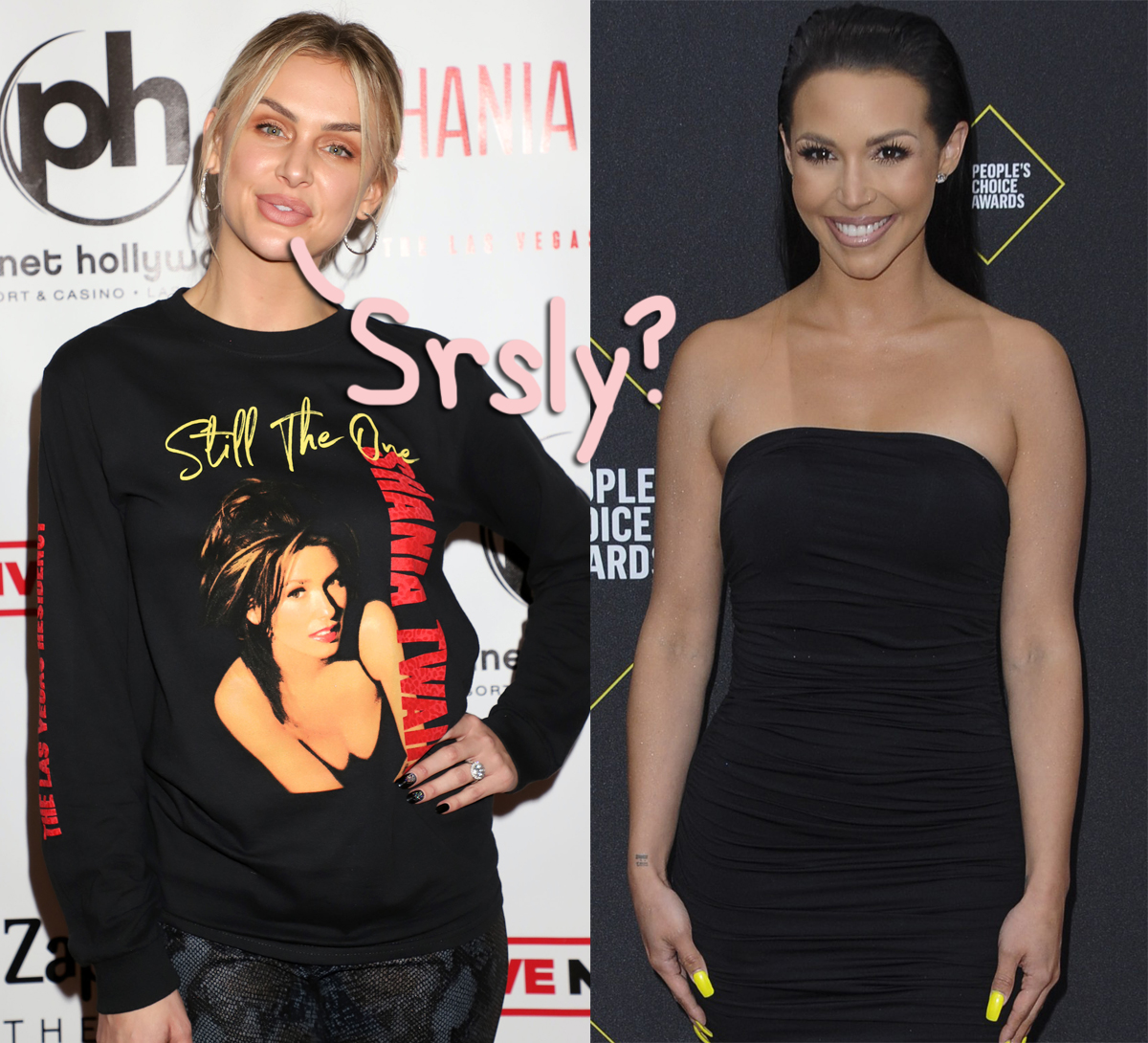 Vanderpump Rules hasn’t even started filming its next season yet, but we’re already getting lovely inter-cast drama that has us on the edge of our seats!

Today, it’s Lala Kent clapping back at Scheana Shay, after the latter made some recent comments about the pair’s (lack of) friendship and where they stand right now with each other.

Related: Scheana Shay Opens Up Even More About Her John Mayer Connection…

As you might recall from Friday, Scheana took to her podcast, Scheananigans, to describe all about how she and Lala “haven’t been close for quite some time,” and how they haven’t even really talked to each other “over the last few months.”

It was a big deal for Shay, who called out the falling-out between her and her fellow reality TV cast mate as being particularly difficult after Scheana’s miscarriage earlier this year. And the Good as Gold singer even took a shot at Lala in the podcast, explaining how Kent and partner Randall Emmett had not been there for Shay because they were “having dinner with celebrities” at the time, noting the reality TV star’s connection to Machine Gun Kelly and Megan Fox. Uh-oh!!

On Saturday, however, Kent got wind of the podcast and Shay’s comments, and responded with a lengthy four-part message of her own, clapping back at some of the accusations and defending herself against the reports of her friendship problems. Writing on her Instagram Stories to respond, the Give Them Lala founder stated in part (below):

“Anybody wondering my thoughts on @scheana ‘dragging’ me… 1. I’m not trippin too hard. In her mind that’s how it happened. She would rather focus on me ‘not being there for her’ than the fact her man said he was working, turned his phone off and went golfing that day. Weird how that was just glazed over. This is why her relationships are always a trainwreck that make epic TV. She makes reality TV gold.”

Lala didn’t stop, though, adding more fuel to the fire:

“2. She claims I chose celebrity over her. Girl, weren’t you just capitalizing off banging John Mayer 100 years ago? 3. She has a way of making everything about her. I’ve accepted that about her and found the endearing parts of it. 4. She has an idea of how everyone should react in certain situations. We usually always fail and she is left disappointed. This is why she has a new best friend every day. We can’t keep up. When she told me she was really upset at Brock and just wanted to go to bed, I didn’t know that meant ‘come over right now.’ [And] I can’t believe I just gave that much time to this s**t when we aren’t even filming and I’m not getting paid. Smh.”

Of course, Scheana was noticeably missing from Lala’s gender reveal celebration last week, even though most of the other Vanderpump Rules stars were there… so could that mean something deeper, too?? Seems like quite the rift between these two…

We’ll keep you updated regarding where this budding feud goes from here. Keep it up, ladies, or maybe just pause it for a while, because whatever is going on will make for GREAT reality TV when VPR returns to Bravo next season!

Reactions, Perezcious readers? Sound OFF about everything here down in the comments (below)…