Ant Anstead Asks Fans To ‘Stop Trying To Diagnose’ His Split From Christina Anstead: ‘I Am Fine’

Ant Anstead Asks Fans To ‘Stop Trying To Diagnose’ His Split From Christina Anstead: ‘I Am Fine’ 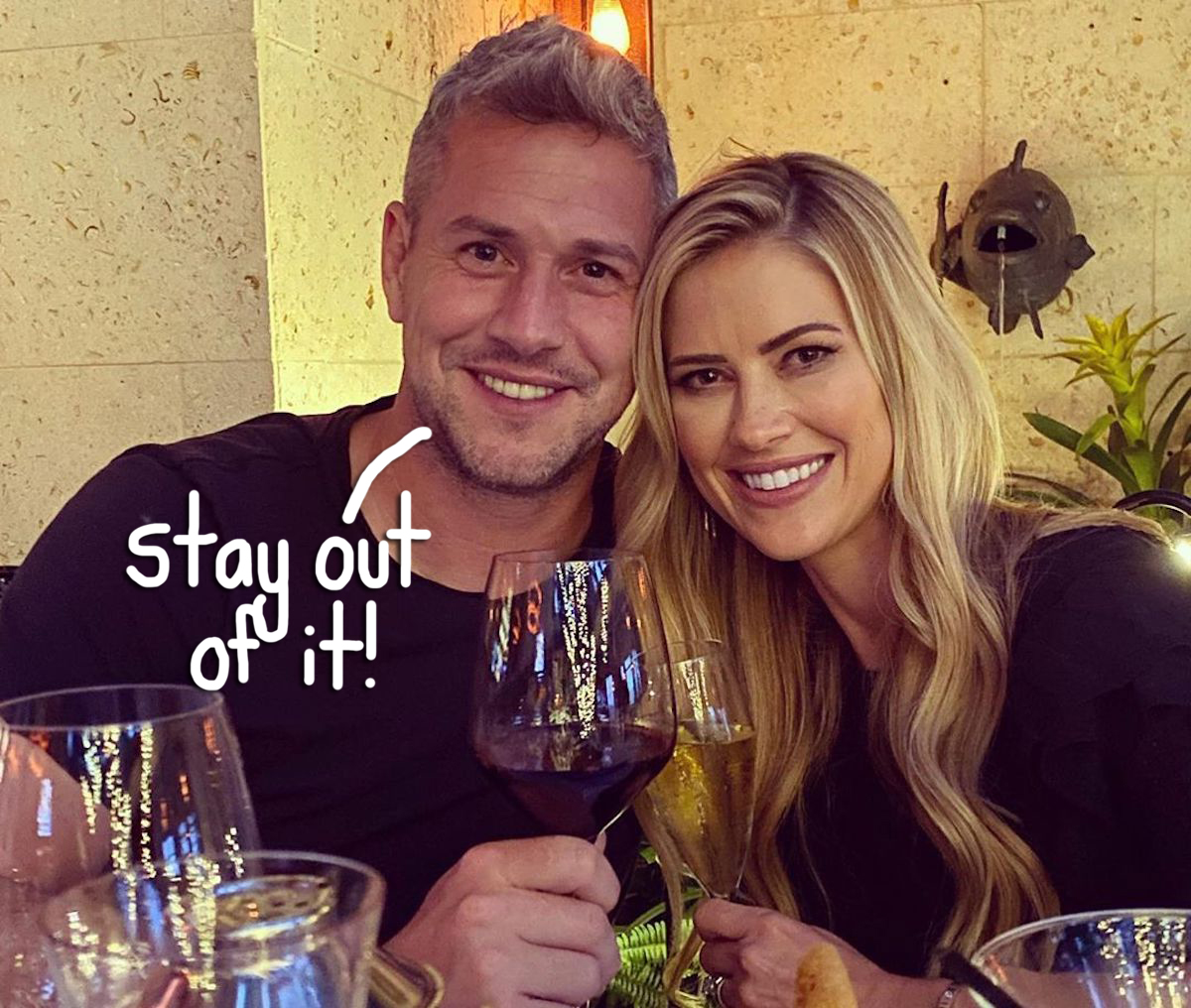 Butt out of Ant and Christina Anstead‘s separation! At least that’s the message one of them is trying to get out!

On Monday, the Christina on the Coast star did his best to bring a sense of normalcy back to his Instagram feed by sharing a sweet photo of himself and their 1-year-old son Hudson London Anstead, but all anyone could talk about in the comments was the recently-announced divorce!

The black and white snap was originally captioned, “Beautiful Boyz Weekend. Blessed x,” but later had an amendment added on and the comments turned off:

“This was a father son moment! But due to some mean people I have turned comments OFF! While we both appreciate words of support, Please stop trying to diagnose from afar. It’s not fair. Christina is fine. I am fine. And we remain good friends and will navigate this at our pace. Compassion and kindness is all that’s needed. X”

BTW, take a look at that sweet “father son moment” (below):

The 41-year-old’s edit came after he responded to one user’s question about whether the UK native had plans to stay in California, to which he responded with an American flag emoji and a few words:

“YES! This is my home! I weirdly felt at home here the moment I landed.”

ICYMI, the father of three uprooted his life in England in 2017 when he signed on to co-host the Discovery series, Wheelers Dealers. That same year, he met Christina, and the pair tied the knot in December 2018. Back in the UK, Ant’s 16-year-old daughter Amelie and 14-year-old son Archie live with their mother, Louise Herbert, so we can imagine it wasn’t easy for him to move so far away!

As we previously shared, Ant only opened up publicly about his separation from the Flip or Flop personality on Sunday, more than a week after his estranged ex first announced the news. He wrote on Instagram at the time:

“Anyone who really knows me knows that I don’t like to share private matters publicly. I have remained silent while holding on to hope. I never gave up on us. I pray Christina’s decision brings her happiness”

Despite what Ant said in his IG caption, we can’t imagine that fans will 100% respect his wishes and stay out of their marriage. Comes with the territory!!