Brandi Glanville Denies She Got Her Sons To Beg Andy Cohen For Her Job Back!

Brandi Glanville Denies She Got Her Sons To Beg Andy Cohen For Her Job Back! 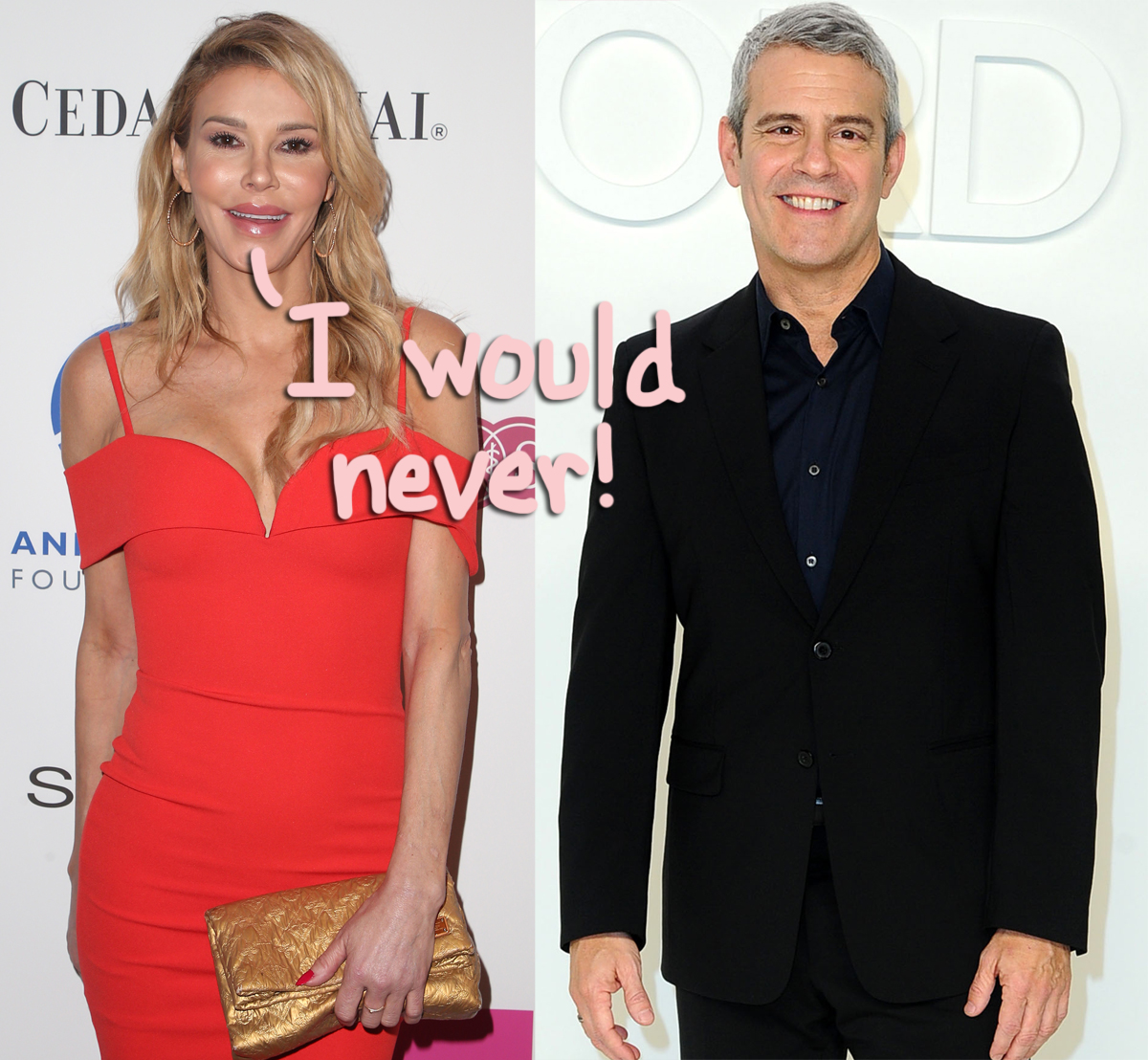 Brandi Glanville is a master at pushing buttons and prodding cast mates on reality TV… so it’s no surprise that she’s just as manipulative behind the scenes, too! For better or worse!

The 47-year-old reality TV star was the big reason why Real Housewives of Beverly Hills was such a hit this past season, what with her saucy allegations about hooking up with fellow cast member Denise Richards. And now that RHOBH has once again dominated the ratings for Andy Cohen‘s Bravo outfit, Glanville wants her cut… and she’ll use her kids to get it!

Related: Denise Richards Walks Off The Set Of The ‘RHOBH’ Reunion Show!

The former Real Housewives star — who this past season was technically a part-time cast member as a “friend of the show” — had Cohen on her Brandi Glanville Unfiltered podcast this week, where she confronted him about whether she could once again become a full-time cast member.

Then, she appeared to use her kids as leverage in asking for her shot… and then, she denied the whole thing! It’s like a master class in reality TV tomfoolery! LOLz!!!

During the podcast, Cohen did admit Brandi is “close” to being back to full-time status, saying (below):

“I don’t know the answer to that [why you’re not a full-time cast member again]. You’re not on an island, but you’re not exactly friends with any of the women. But I would say you’re as close to being back as you’ve been in a long time.”

That was the opening the prolific tweeter needed, as she jumped on Cohen’s admission and unabashedly got her boys involved!

Mason Cibrian, her 17-year-old son, popped in and straight-up called out Andy over Brandi’s reality TV career! In his comments, the teenager claimed he and little bro Jake would now be allowed to participate on the show, despite earlier bans from their father, Eddie Cibrian:

“Now that we are allowed to be on the show, are you gonna give my mom a second chance?”

Andy scoffed at that, asking Mason why he wanted to appear on the hit reality TV enterprise, but the teen seemed to have an answer for everything:

“Because she [Brandi] deserves it. You kind of milked her for everything this season to make some views and stuff and she hasn’t gotten even half as much as the other Housewives. I feel like she should be compensated. She’s the best woman I’ve ever met.”

Whoa! Mason sure knows how to go for the bag, doesn’t he?! Cohen couldn’t do much with Mason’s pitch at that point, either, simply telling the teen he “made really good points” in his mom’s favor. So does that mean…????

No word on Brandi’s RHOBH future quite yet, but if Mason helped his mom a bit, so too did 13-year-old Jake soon thereafter. The younger boy had been at school during the recording of the podcast itself, but after he came home, his mom got him to pop up on social media in her favor, as you can see (below):

Well then! Two-for-two in the kids-having-their-mom’s-back department, aren’t we?! Seems… well-coordinated!

And that’s the thing: at what point does it go from advocacy — a little cute, even a little disarming — to straight up using the teens for mom’s personal gain and cable TV fame???

Feeling the heat from fans and followers over her unabashed involvement of both sons, Brandi popped up again on Monday to address the podcast interview with Bravo’s head honcho, and the role her children are playing in her advocacy:

LBC my boys weren’t begging @Andy for my job back they were simply stating their opinions.They believe I was used for ratings &very underpaid.They also think its time to do the fair &right thing in regards to their mom.THEY LOVE ME &have seen my disappointment -THAT IS IT

Hmmm… are y’all buying that, Perezcious readers??? There’s a fine line between just “stating their opinions” and straight-up being forced to cape for mom, ya know? Even more so considering the kids are still minors — most especially Jake, of course.

So where do U draw the line?? Was Brandi out of line to get the young’ns involved?! Was it a shrewd business move to tug on Andy’s heartstrings — and put him on the spot — or exploitative bulls**t???

Sound OFF about it with your take here, down in the comments (below)!!!