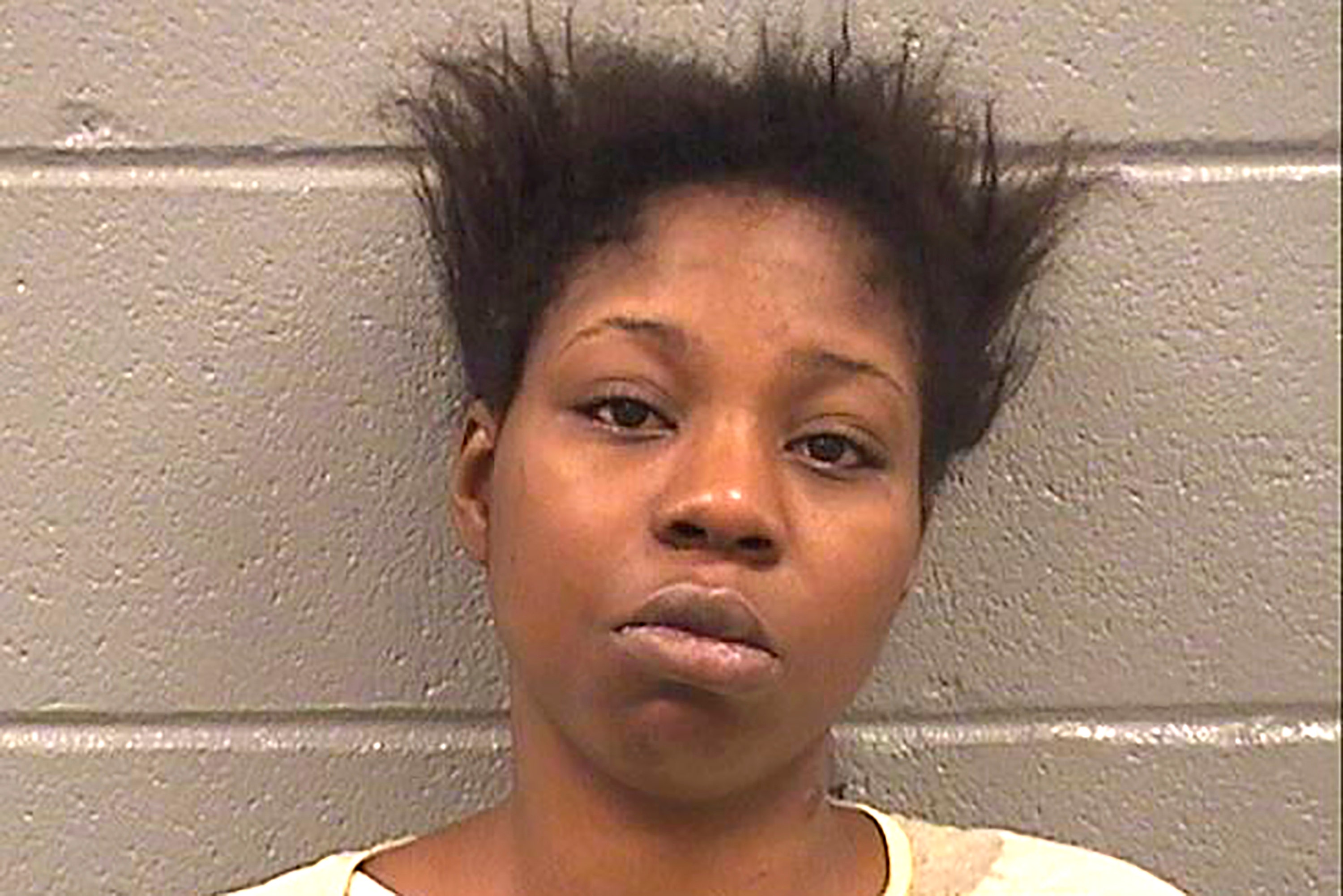 An 8-year-old Chicago girl watched as her mom butchered her 5-year-old sister — and tugged at the woman’s hair in a desperate bid to get her to stop, prosecutors said.

Grisly new details have emerged in the slaying of Serenity Arrington, who allegedly was fatally stabbed by her mother, Simone Austin, early Saturday in the family’s home.

Both girls were in Austin’s bedroom, when the mom asked her eldest daughter to leave the room. Prosecutors said the older girl watched through a missing doorknob as her mom grabbed a serrated knife from under a pillow and began stabbing Serenity, the Chicago Sun-Times reported.

The 8-year-old girl ran into the room to save her sister, yanking her mother’s hair, as the 5-year-old apologized and begged her mother to stop, prosecutors said.

CHICAGO VIOLENCE: GIRL, 5, STABBED TO DEATH IN ANOTHER BLOODY WEEKEND

The older girl then ran out of the East Garfield Park apartment where she, her sister and Austin had been living with Austin’s father and started yelling that her mother killed her younger sister, the Chicago Tribune reported.

She later told her grandfather that “mommy stabbed her little sister,” according to Assistant State’s Attorney James Murphy.

Prosecutors said Austin proceeded to carry Serenity’s naked, bloodied body outside, where she told at least one person and a paramedic that she “did it” and “was sorry,” authorities told the newspaper.

Prosecutors gave no possible motive for the attack during Monday’s bond hearing.

But Austin’s 8-year-old daughter described a prior incident when her mother paced around with a knife in hand after she and her sister spilled eggs, the Tribune reported.

“And you never know what can happen,” Murphy told a judge, recalling the 8-year-old’s comment to investigators.

An autopsy determined Serenity, who was pronounced dead at a hospital, died from multiple stab wounds to the neck. Prosecutors said one wound to her throat was so deep that it almost went through the back of her neck, WBBM reported.

Austin, 27, was charged with first-degree murder and held without bail.

Detectives told the station they were looking into whether Austin — who left her job at Walmart in May — has a history of mental illness. Her defense attorney said Monday she dropped out of high school following her freshman year because she was homeless at the time, the Sun-Times reported.

“Keep that child in your thoughts and prayers, because this will obviously be with her for the rest of her life,” Chicago Police Chief of Det. Brendan Deenihan told WBBM of the unidentified 8-year-old girl.