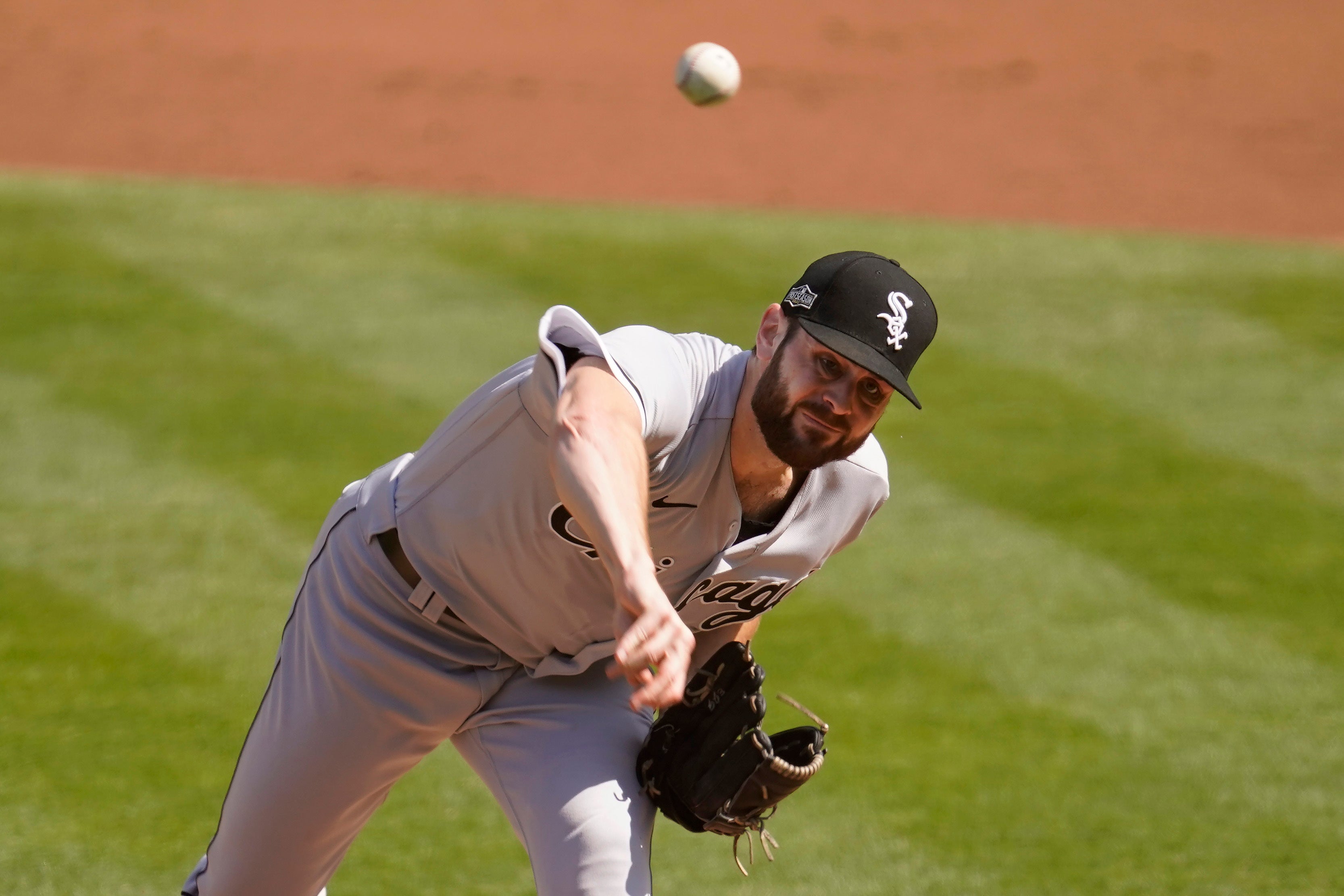 Lucas Giolito dazzled in his postseason debut, stymieing the Oakland Athletics through six perfect innings and sending the Chicago White Sox to a 4-1 victory in the opener of their best-of-three wild-card series Tuesday.

Giolito (1-0) yelled in delight after striking out the side in the sixth, quickly walking back to the dugout with his arms to his side.

The right-hander, who pitched a no-hitter against Pittsburgh on Aug. 25, didn’t allow a baserunner to the AL West champions until Tommy La Stella’s single up the middle to start the seventh. Giolito gave up one run on two hits over seven innings, struck out eight, and walked one before giving way to Evan Marshall after a stellar 100-pitch outing.

Alex Colome, Chicago’s third reliever, worked the ninth for a save in the 2-hour, 53-minute game.

Before the single by La Stella, Jake Lamb’s line drive to center in the fifth was the hardest-hit ball against Giolito by the powerful A’s, whose offense struggled down the stretch.

The A’s are in the postseason for a third straight year, having lost in the AL wild-card game each of the past two seasons after 97 wins both times. They advanced just once during 11 previous playoff trips since 2000, reaching the 2006 AL Championship Series before being swept by Detroit.

Engel crushed an 0-2 fastball for a 1-0 White Sox lead in the second before Abreu homered in the third against 22-year-old lefty Jesús Luzardo.

The White Sox put runners on first and third in the initial inning after Abreu’s two-out single but Luzardo struck out James McCann to get out of it.

Chicago has thrived against lefty starters, going 14-0 during the regular season when facing a southpaw.

That prompted White Sox shortstop Tim Anderson to say of Luzardo getting the ball in Game 1, “I guess they haven’t done their homework.”

Chicago was eager for a fresh start in the playoffs after losing seven of eight to finish the regular season, two on walk-offs.

The White Sox snapped a string of seven consecutive losing seasons to reach the postseason for the first time since winning the AL Central in 2008.

The late Roy Halladay of the Phillies in 2010 threw a perfect game in the regular season and then tossed a no-hitter against the Reds in the playoffs — the only person to have a regular-season and postseason no-hitter in the same year.

Halladay and Don Larsen, who pitched a perfect game for the Yankees in the 1956 World Series against Brooklyn, have the only two postseason no-hitters.

Wednesday will be another noon local time start. Melvin acknowledged not liking the early first pitch.

No big deal for the White Sox, apparently.

Wednesday starter Dallas Keuchel called his team “calm and collected” and said the White Sox “have a lot more fun at 9 a.m. than I ever thought we could.”

White Sox: LF Eloy Jiménez wasn’t ready for Game 1 as he works back from a sprained right foot that kept him out of the final three games. Jiménez went through extensive baseball work Monday.

Manager Rick Renteria wasn’t ready to guess about Jiménez’s status for Wednesday, saying much depended how he responded to medication.

“We put him through the ringers and had a little discomfort,” Renteria said.

RHP Chris Bassitt, drafted by the White Sox before being traded to Oakland in December 2014, takes the ball for the A’s with victories in his last three decisions. Oakland kept six starting pitchers on the roster.