Jimmy Butler on NBA title hopes: ‘If you want to win, you have to go through a LeBron James-led team’

Jimmy Butler on NBA title hopes: ‘If you want to win, you have to go through a LeBron James-led team’ 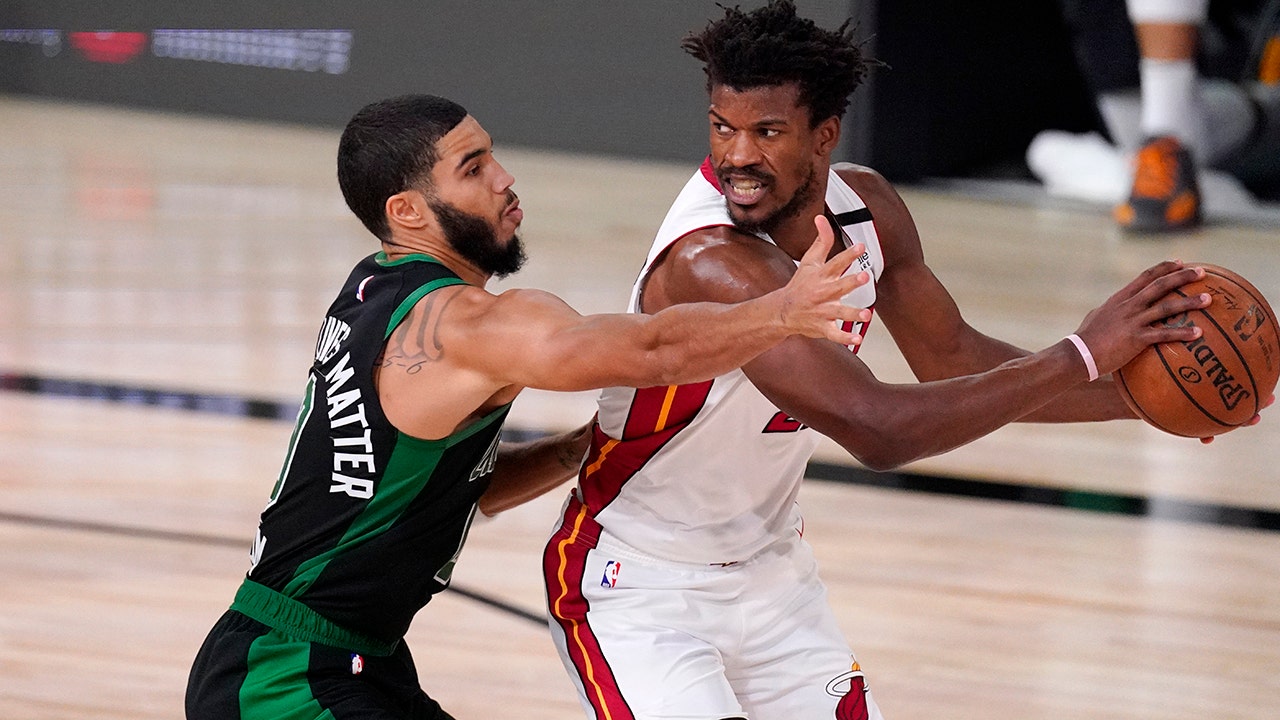 Miami Heat star Jimmy Butler acknowledged Sunday that to be the best he’s going to have to beat the best in LeBron James and the Los Angeles Lakers.

The Heat head into the NBA Finals coming off a hard-fought series victory over the Boston Celtics. Butler has averaged 20.7 points, 5.7 rebounds and 4.5 assists per game in the playoffs.

JIMMY BUTLER WAS AN EASY GET FOR NBA FINALS-BOUND HEAT

“It’s been like this for a very long time. If you want to win, you’re going to have to go through a LeBron James-led team,” Butler told reporters, according to The Washington Post. “At the end of the day, that’s what it normally comes down to, and that’s what we got to focus in on.”

Butler noted that he and the Heat can’t just concentrate on James “because he’s got so many really good players around him.” Still, said Butler, “you’re going to get the same test over and over again until you pass it, and that test is LeBron James.”

BACK TO THE FINALS: HEAT OUST CELTICS, MOVE TO TITLE SERIES

Miami came into the playoffs as the fifth seed. They were getting hot just as the league shutdown play because of the coronavirus pandemic. But so far, they’ve taken care of the Celtics and the Milwaukee Bucks on the way to the Finals.

“We realize what we have to do moving forward, so we have to be damn near perfect to beat the Lakers,” Butler added. “We’re capable of it. We’re not worried about no five seed or no one seed. We’re going to worry about us and be the best Miami Heat team that we can be.”

Game 1 of the NBA Finals is scheduled for Wednesday at 9 pm ET.