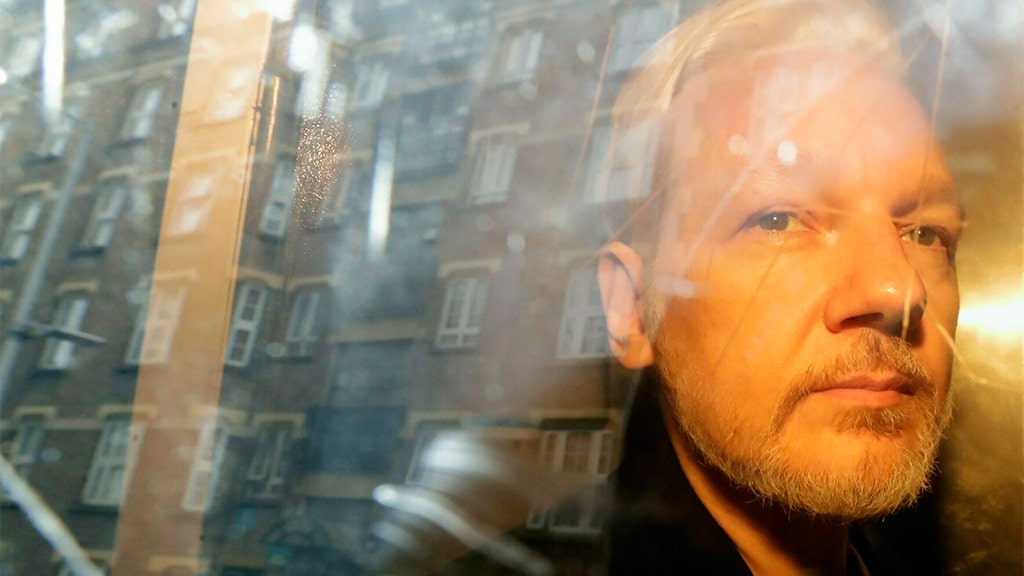 WikiLeaks founder Julian Assange would have to be “almost dying” to get out of arguably the most notorious prison in the United States if convicted of espionage charges and sent there, a court at London’s Old Bailey heard Tuesday.

Assange, who is fighting an extradition request from the U.S., would likely be sent to the federal Supermax prison in Florence, Colo., if convicted, according to Maureen Baird, a former warden at the Metropolitan Correctional Center in New York.

U.S. prosecutors have indicted the 49-year-old Assange on 17 espionage charges and one charge of computer misuse over WikiLeaks’ publication of secret American military documents a decade ago. The charges carry a maximum sentence of 175 years in prison.

ASSANGE ACCUSED IN US INDICTMENT OF CONSPIRACY, SEEKING TO RECRUIT HACKERS

Assange’s defense team says he is entitled to First Amendment protections for the publication of leaked documents that exposed U.S. military wrongdoing in Iraq and Afghanistan. They have also said he is suffering from wide-ranging mental health issues, including suicidal tendencies, that could be exacerbated if he ends up in inhospitable prison conditions in the U.S.

Baird said Assange would likely face the most onerous prison conditions that the U.S. can impose, conditions that she has seen lead to an array of mental health issues, including anxiety and paranoia.

“From my experience of close to three decades of working in federal prisons, I would agree that long-term isolation can have serious negative effects on an inmate’s mental health,” she said.

She said Assange would likely be held under special administrative measures, or SAMs, if extradited to the U.S., both in pre-trial detention and after any conviction, because of national security concerns within the U.S. government.

Under these measures, which are at the discretion of the U.S. Attorney General and have been used on convicted terrorists, inmates spend almost the whole day confined in their cells with no contact with other prisoners and little contact with the outside world. She said there was little if no flexibility for wardens to ease the restrictions.

“There is no gray area, it’s all black and white,” she said.

Given the likely SAMs requirement, Baird said the “only place” for him to go would be ADX Florence in Colorado “unless there was a severe change in his medical status.”

Citing the example of convicted terrorist Mustafa Kamel Mustafa, Baird said Assange would have to be “almost dying” to be sent to another facility.

Mustafa, who is also known as Abu Hamza and used to be a cleric at the Finsbury Park Mosque in London, was extradited from the U.K. to the U.S. in 2012. He has had his two arms amputated and is blind in one eye. SAMs were imposed on him soon after extradition and he has for the past five years been housed in a special secure unit of ADX known as H-Unit.

Lindsay Lewis, a New York attorney who has represented Mustafa, told the court in written testimony that Assange would “in all likelihood wind up in this unit as well” if held under SAMs and sent to ADX.

“There is no reason to conclude that SAMs imposed on Mr. Assange would be any less arbitrary, oppressive, or difficult to challenge, should the U.S. government determine, in its apparently unbridled discretion, that they are appropriate,” she said.

The facility is also home to “Unabomber” Ted Kaczynski, Mexican drug lord Joaquin “El Chapo” Guzman, 1993 World Trade Center mastermind Ramzi Yousef and Zacarias Moussaoui, the only man ever convicted in a U.S. court for a role in the Sept. 11 attacks.

The court heard how one former warden at the prison, Robert Hood, described the Supermax prison as a “fate worse than death” that was “not built for humanity.”

It is thought that, if extradited, Assange would be first moved to the pre-trial facilities at the Alexandria Detention Center in Virginia.

Lawyers acting on behalf of the U.S. government have claimed that Assange’s mental state is not as bad as his lawyers say and that he wouldn’t be subjected to improper conditions.

Clair Dobbin, a lawyer acting on behalf of the U.S. government, said SAMS were only “speculative” and reviewed regularly. She also said they have been removed from some inmates at the Colorado prison.

Assange’s extradition hearing, which was delayed by the coronavirus pandemic, is due to end this week.