Kenosha County Sheriff explains why he is endorsing President Trump

Kenosha County Sheriff explains why he is endorsing President Trump 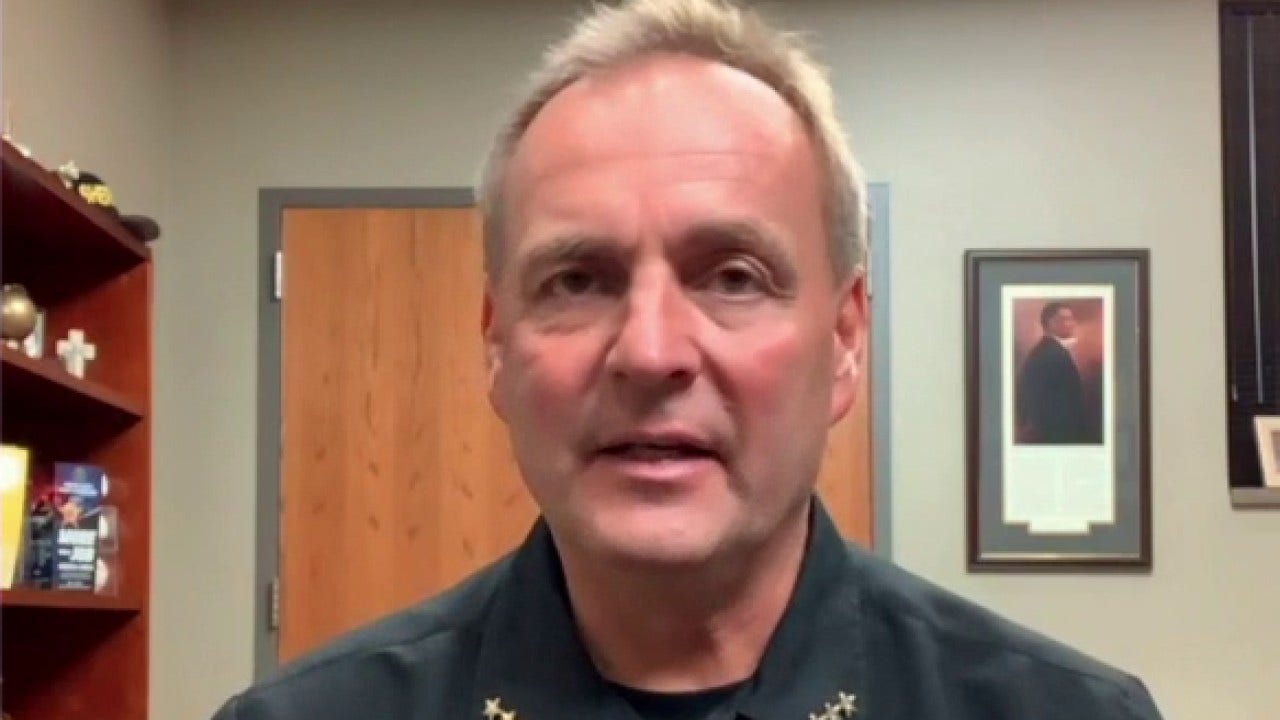 Kenosha, Wis. County Sheriff David Beth endorsed President Trump, telling “Fox & Friends” on Tuesday that there was a “huge difference” between Trump and Democratic presidential nominee Joe Biden’s responses to the violence and destruction in the city.

Beth publicly endorsed Trump in an op-ed published in USA Today on Saturday in which the sheriff said, “President Donald Trump was with us when we needed him.”

The unrest that gripped Kenosha for several days following the police shooting of a Black man last month resulted in $50 million in damage to buildings and businesses, officials said.

Kenosha briefly became a flashpoint in the nationwide unrest over the Aug. 23 police shooting of Jacob Blake. The 27-year-old was paralyzed after being shot multiples times in the back by police officer Rusten Sheskey. The incident set off a wave of protests, some of which turned violent, prompting the deployment at one point of 2,000 members of the National Guard to the city to help.

Both Trump and Biden visited Kenosha amid the unrest and on Tuesday, host Brian Kilmeade asked Beth what he thought was the difference between the two visits.

“When we made a phone call to our Congressman Bryan Steil, we asked for any help that the president and the federal government could give,” Beth said in response. “And the relay came back that whatever help you need, you got it.”

He noted that “within the next 24 hours, a lot of federal resources came and within about 48 hours the president himself came here and stood in the area that was damaged.”

Beth also pointed out that Trump “met with the people here of damaged businesses and he came and talked to the chief of police and myself and did a roundtable so there was a huge difference in the two candidates that are running for president here in Kenosha.”

Earlier this month, Trump got an up-close look at the damage caused by the riots and looting in Kenosha– touring property damaged by the violence, blasting “anti-American” riots and promising to help devastated businesses rebuild.

Kilmeade made mention of Biden’s visit with the Blake family adding that the former vice president “did not walk through the city and did not visit with you guys” like Trump did during his trip to the city.

“I was not invited to meet with Joe Biden,” Beth said in response.

He added that in contrast, “Trump right away got a phone call out to us and said, ‘We want to meet, we want to see what else you need and what other resources can we help you with there in Kenosha’ and we are extremely grateful for what he put out to Kenosha.”