Lions’ Jeff Okudah after Week 3 win over Cardinals: ‘I was tired of being disrespected by everyone’

Lions’ Jeff Okudah after Week 3 win over Cardinals: ‘I was tired of being disrespected by everyone’ 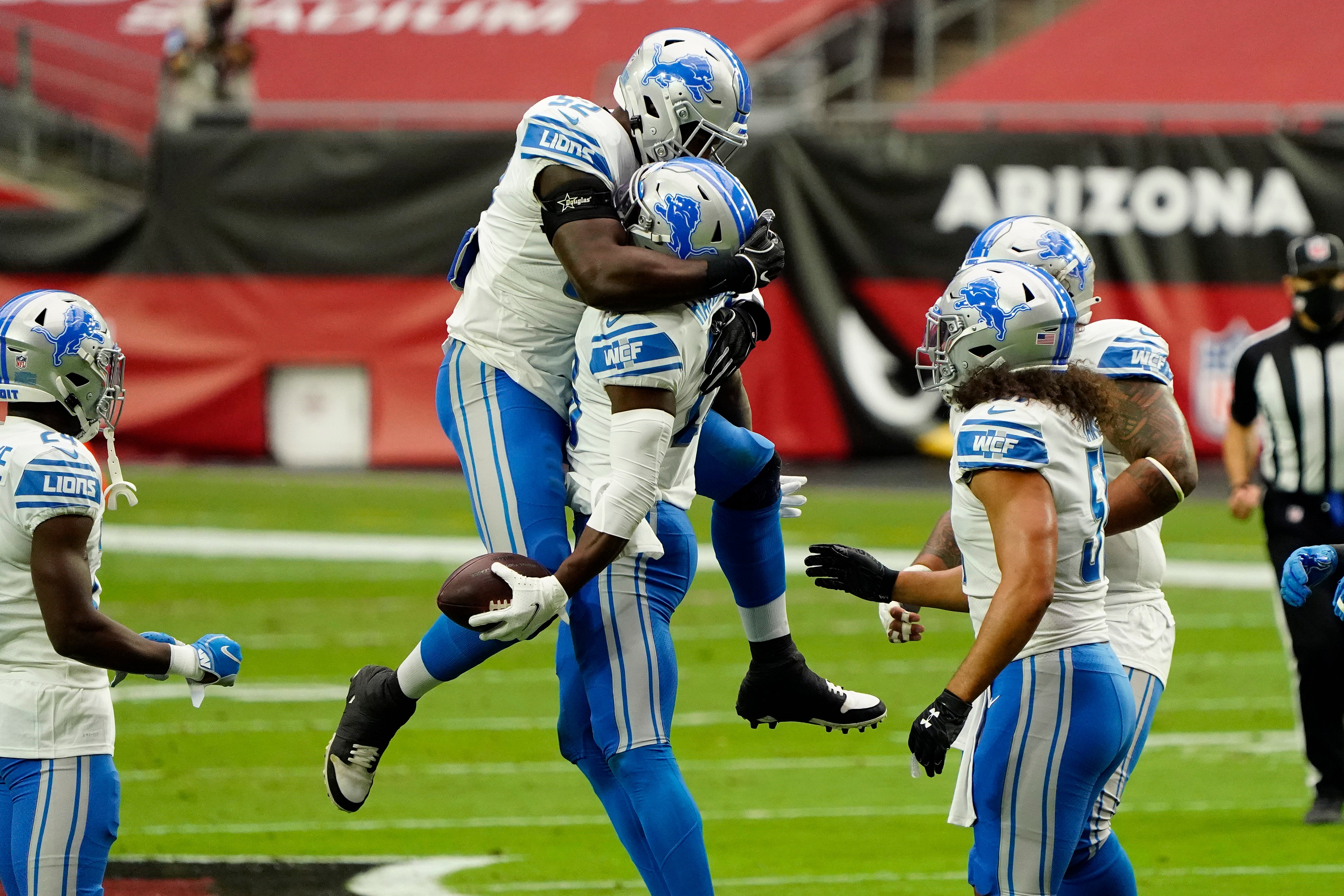 Detroit Lions rookie cornerback Jeff Okudah wasn’t happy with the team’s performance in their first two games of the 2020 NFL season. The Lions fell 27-23 to the Chicago Bears in Week 1, despite holding a 17-point lead heading into the fourth quarter, and the following week against the Green Bay Packers, Detroit allowed 42 points to Aaron Rodgers and company.

The Lions blew double-digit leads in both games, and Okudah wasn’t going to let that happen against the Arizona Cardinals.

For the first time all season, Detroit didn’t commit a turnover. At times, Okudah was assigned to cover All-Pro wide receiver DeAndre Hopkins, who had 10 catches for 137 yards, but the Lions forced three interceptions of Cardinals quarterback Kyler Murray and they escaped Arizona with a 26-23 victory, in one of the biggest upsets of the day.

“For me, it’s been a learning experience,” Okudah said. “Obviously, going against some of the top receivers in the game. My first game was against Aaron Rodgers and Davante Adams, so I think that to get thrown into the fire, that’s kind of the way that I like it because I’m able to kind of adapt on the fly (to) the challenges that maybe other guys don’t see a lot. So it’s something that I’ve been embracing and I’ve been approaching with a lot of humility.”

On Arizona’s opening drive, safety Duron Harmon came away with an interception of Murray, and two quarters later, Okudah pulled in his first career interception on a play that he said reminded him of one that he made in college against Nebraska last season.

Okudah’s interception came three plays after he committed a defensive holding penalty. He also left the field twice because he was exhausted due to the pace of Arizona’s high-powered offense.

“I was pretty exhausted,” Okudah said. “This is a high-octane offense. I just needed (a break), honestly… Something that we’ve always preached is new week, new opportunity. That’s something that the whole defense carried on going into this game and came out with the win.”