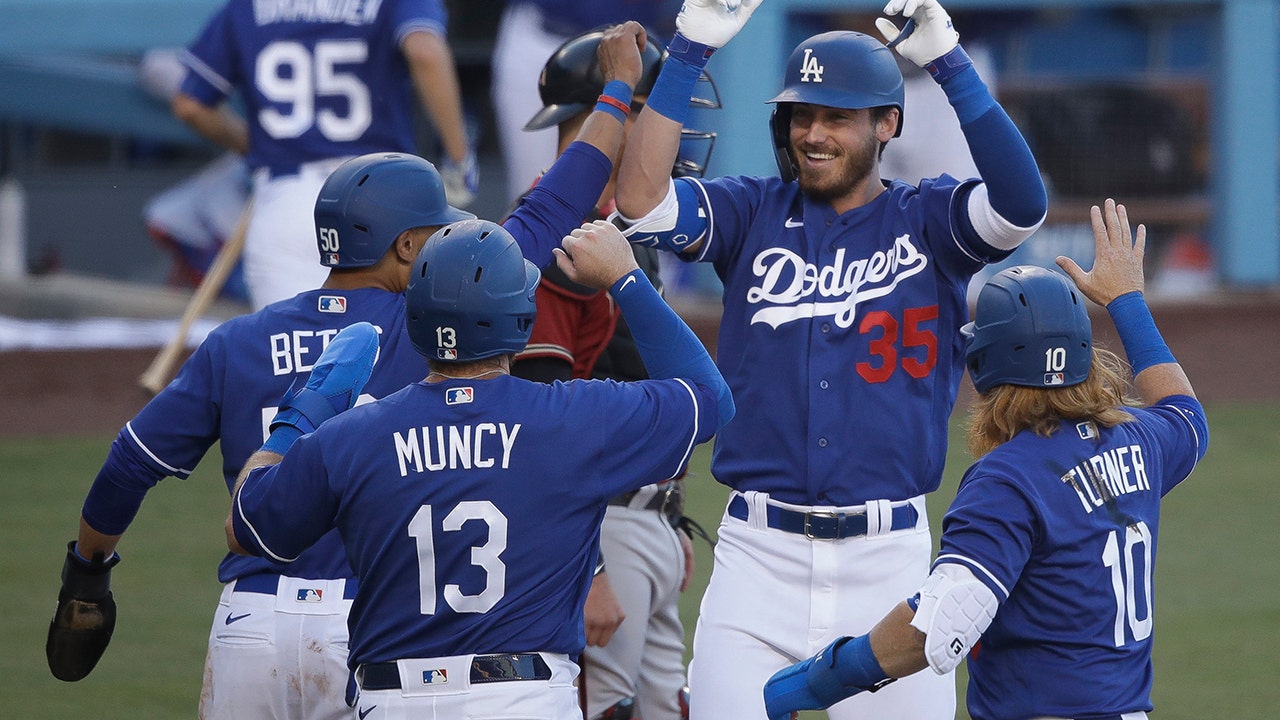 Welcome to the first round of the 2020 playoffs, a class with an unusual amount of homework — and precious little room for error.

After the pandemic-shortened regular season was limited to regional play, seven of the eight wild-card series involve teams that haven’t played any meaningful games against each other since last year. The one exception is Blake Snell and Tampa Bay taking on Vladimir Guerrero Jr. and Toronto in an all-AL East matchup.

“It’s like the old days, man, when you played a team you’ve never played before. It’s exactly what it is,” said Sandy Alomar Jr., the acting manager for the Indians. “It’s very strange.”

That means a lot of video and scouting work before the AL playoffs begin Tuesday and the NL postseason starts Wednesday. And the advance reports might be a tick or two off after scouts were shut out of ballparks this year because of COVID-19 protocols.

White Sox ace Lucas Giolito got some tips from teammate Dallas Keuchel on the feel of the mound in Oakland. He has only two career starts against the A’s — both in Chicago.

“Both sides, our offense and their offense, they’re going to be facing pitchers that they haven’t seen this year,” Giolito said Monday. “I think that’ll make it a little bit interesting.”

Factor in the format — it’s a best-of-three series in the first round, compared to best of five in the division series and best of seven in the final two rounds — and the wild-card round might be a more apt description than Major League Baseball had intended.

“Any mistake can be a total mess for either team,” Twins slugger Nelson Cruz said. “Every pitch will be critical.”

Betts and the Dodgers rolled to baseball’s best record this year at 43-17, three games better than the Rays. But they get to walk the same thin line as everybody else in opening series of their eighth consecutive playoff appearance.

While Los Angeles brings a deep lineup and pitching staff into its matchup with Milwaukee, which squeaked into the field on the final day of the season, the Brewers can call on Williams at a big moment in a tight game.

The 26-year-old Williams, one of the favorites for NL Rookie of the Year, allowed one earned run and struck out 53 in 27 innings this year. Milwaukee also has Josh Hader in its bullpen, perhaps the only area where it might have an advantage over the NL West champions.

The Yankees and Indians haven’t played against each other since last August, and their powerful lineups face quite the challenge in Game 1 of their wild-card series.

Bieber, the ace of the Indians and the favorite for the AL Cy Young Award, versus Gerrit Cole, the $324 million right-hander for the Yankees. Bieber is making his third career start against New York, and Cole is facing for Cleveland for the sixth time, including a win for Houston in Game 2 of the 2018 ALDS.

“The object, if you’re taking the ball early, is to set the tone both for the pitching staff and the team,” Cole said. “I’ve been practicing that this year, and I’ll just keep trying to get better at it.”

San Diego is making its first playoff appearance since 2006. Up next for the Padres is St. Louis, which lost to Washington in the NLCS last year.

The series opener could put Tatis in the same game with Flaherty for only the second time. The 21-year-old Tatis singled and struck out in two at-bats against Flaherty during the Padres’ 5-3 victory at St. Louis on April 5, 2019.

St. Louis and Miami got into the playoffs despite dealing with a coronavirus outbreak during the season. Cardinals manager Mike Shildt sounded almost giddy while looking ahead to the postseason after navigating a compressed schedule down the stretch.

“We can face anything,” Shildt said with a chuckle, “and now, like, days off, one game a day guaranteed, I mean let’s do this. We’re on board with what this schedule looks like big time. We’re ready.”