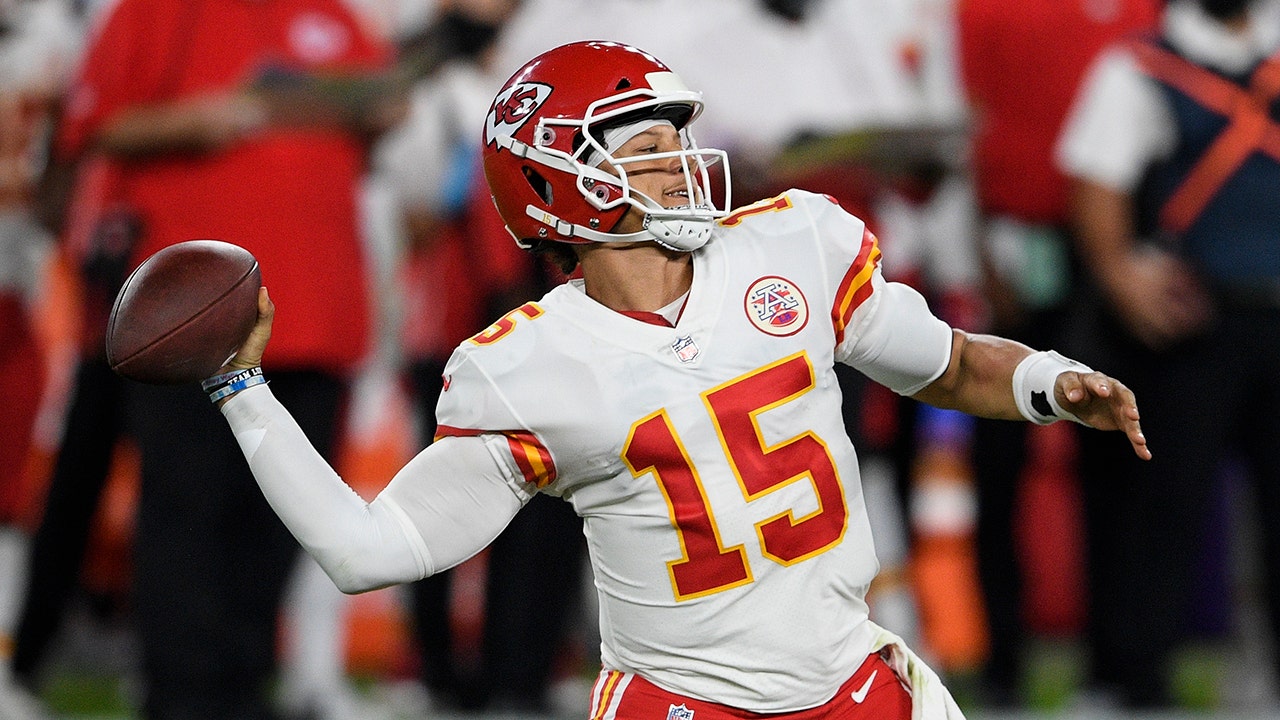 Randi Mahomes made sure the ESPN broadcasters said her son’s name correctly as the Super Bowl LIV MVP was cooking up something special against the Baltimore Ravens on Monday night.

Randi Mahomes, the mother of Patrick and wife of Pat Sr., tweeted her frustrations with the announcers referring to her son as “Pat” instead of “Patrick.”

“If this announcer doesn’t stop calling my son Pat.. ugh i may scream… lol #help,” she wrote as she watched her son throw four touchdown passes and rushed for one more in the game and finished with 385 passing yards and 26 rushing yards in the big 34-30 victory.

The Kansas City Chiefs star commented on his mother’s tweet after the game.

“My mom says I’m Patrick and my dad is Pat. So hopefully we can start calling [me] Patrick just to keep her happy because I don’t want to hear that tonight,” he told Lisa Salters.

Mahomes’ father goes by Pat. He was a former Major League pitcher who played several seasons in the big leagues.