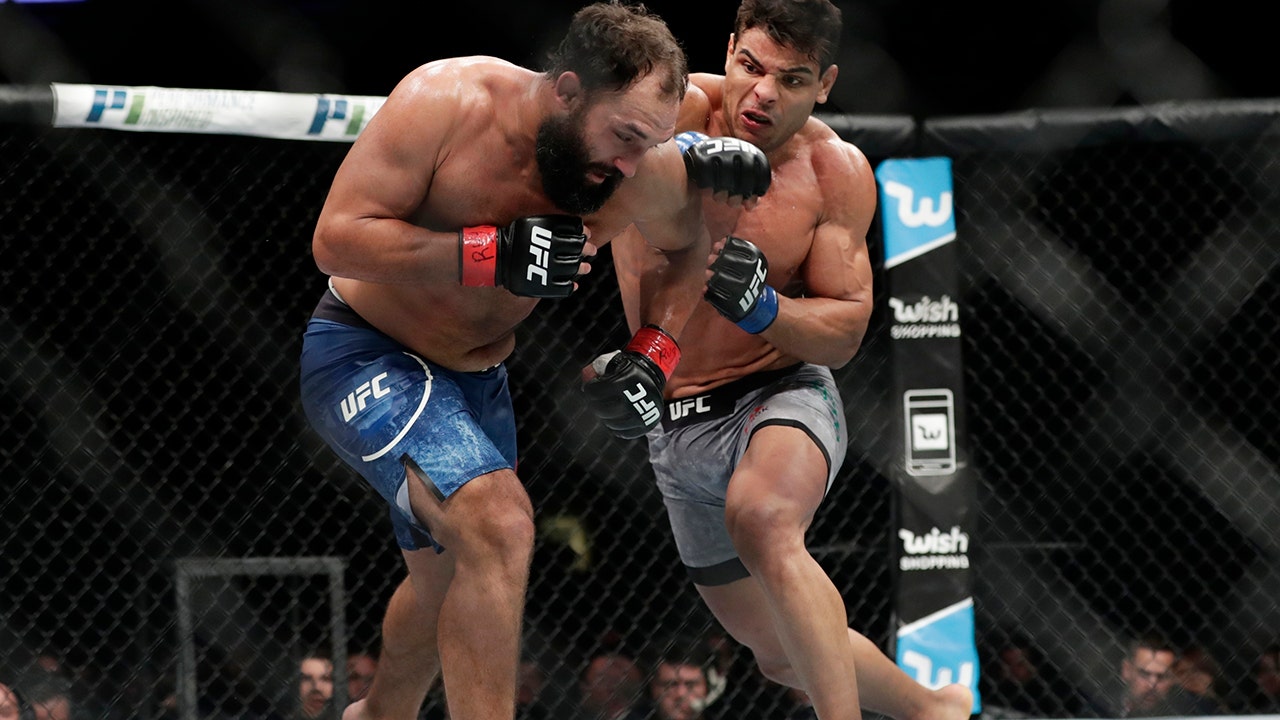 Paulo Costa demanded a rematch with Israel Adesanya on Monday – two days after he lost by technical knockout in the second round at UFC 253 in a UFC Middleweight Championship fight.

After Adesanya was ruled the winner, he appeared to hump Acosta while he was down on the mat. Acosta took issue with Adesanya’s actions and called the Nigerian star “human trash.”

Costa said he will be ready next time.

Adesanya made no allusions to a rematch with Costa. He told ESPN after the fight that he envisions Jared Cannonier getting the next title shot.

Adesanya was able to connect on multiple leg kicks through the first two rounds. He landed multiple head hicks and was able to get Costa onto the mat and strike his head before the referee intervened and stopped the fight. He picked up his 20th victory in mixed martial arts. He has yet to lose.

Adesanya’s fight against Costa — held on Fight Island in Abu Dhabi — was his second in 2020. He defeated Yoel Romero via unanimous decision on March 7 in Las Vegas to defend his middleweight title.

He won the interim UFC Middleweight Championship at UFC 236 against Kelvin Gastelum in Atlanta via unanimous decision. He then won and unified the title with his victory over Robert Whittaker in Melbourne via knockout.