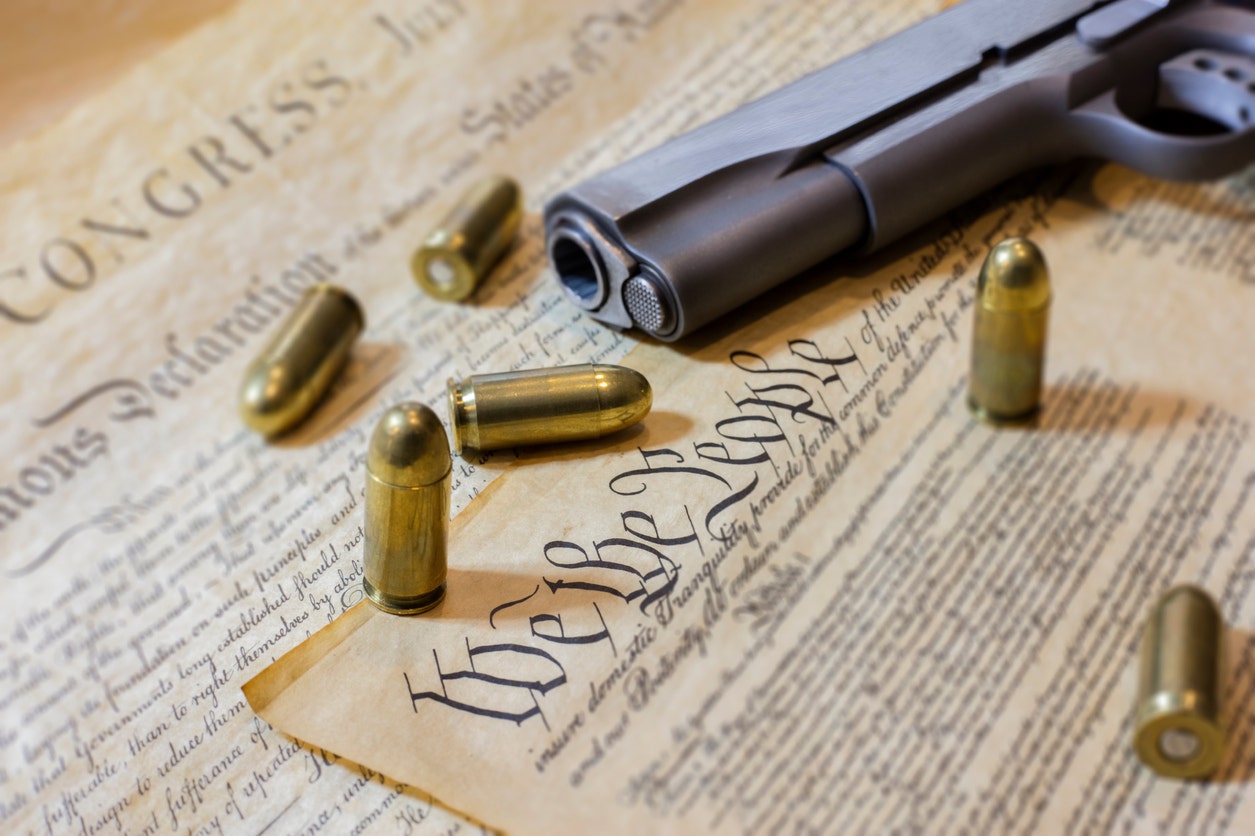 A state appeals court in Pennsylvania declared the federal law that protects gun manufacturers from certain lawsuits unconstitutional on Monday in a victory for gun-control proponents that would allow the family of a 13-year-old boy who died in a 2016 shooting accident to move forward with a lawsuit against Springfield Arms and Saloom Department Store.

The boy, J.R. Gustafson, and his 14-year-old friend in a private home in 2016 obtained a gun that was in the home, which was manufactured by Springfield and sold by the department store. The friend removed the clip from the gun and believed it to be unloaded. But there was still a live round in the chamber when he pulled the trigger, unintentionally killing Gustafson.

The family of Gustafson then sued the department store and Springfield but were initially stymied by a lower court that ruled they could not sue under the federal Protection of Lawful Commerce in Arms Act (PLCAA). The family argued that the act did not apply, and if it did apply it was unconstitutional.

The appeals court on Monday ruled the PLCAA is unconstitutional because the law overturns “common law dating back centuries” and does not adequately fit under the Constitution’s commerce clause, saying “that merely because, at some point in time, that gun passed through interstate commerce, does not give Congress perpetual authority to regulate any harm it may cause.”

The decision is almost certain to be appealed and will not apply nationwide as the decision was handed down by a Pennsylvania state court.

The lawsuit was backed by the pro-gun control group Brady United and follows a pattern of such groups trying to sue gunmakers in state courts rather than federal courts. Victims of the 2012 Sandy Hook shooting advanced a lawsuit last year against gun manufacturer Remington in Connecticut state courts. The Connecticut Supreme Court allowed a lawsuit against Remington to proceed under an exemption from the law for marketing practices.

“This access-to-justice victory for gun violence victims shows why it matters who sits on our nation’s courts,” Brady President Kris Brown said. “As this court recognized, the Constitution protects all of us, including innocent victims of both an out-of-control gun industry and a Congress with too many members all-too-willing to value gun industry profits over American lives.”

NRA RAISED MORE IN AUGUST THAN ANY MONTH OF 2016, AS BIDEN-TRUMP SHOWDOWN NEARS

Conservatives and libertarians have lauded the PLCAA as a way to prevent frivolous litigation. Walter Olson, a senior fellow at the libertarian Cato Institute, was highly critical of the ruling in a statement to Fox News on Tuesday. He called the lawsuit an attempt “to undercut the Constitution’s Second Amendment guarantee and to attempt through the back door an eventual settlement aimed at affixing nationwide regulation to a national industry.”

“Both federal and state courts have repeatedly upheld PLCAA against constitutional challenge. Advocates of gun control through litigation are unlikely to fare any better with this one,” Olson said. “It is a matter of fact that most lawsuits targeting gunmakers are inherently filed against out-of-state defendants. It is also a matter of record that the organized campaign to obtain gun control through gun-liability lawsuits, to which PLCAA was a reaction, was coordinated across state lines to achieve goals that included preventing many interstate sales and transactions and obtaining a nationwide regulatory settlement.”

Olson added: “By using the theory they did, gun control advocates have also set a booby trap for their own would-be progressive allies. Were the Supreme Court to extend its skepticism of congressional power in the way they seek, many parts of the regulatory state might fall, from labor to environmental regulation … The main practical question is not whether this ruling will sustain U.S. Supreme Court scrutiny – it won’t, under any likely court composition in the next few years – but whether it can be used in the meantime to inflict tactical damage on firearms defendants through litigation costs and discovery.”

Brady lead counsel Jonathan Lowy, however, said that the case would hold gunmakers accountable for allegedly negligent manufacturing practices like they say were involved in the Gufstason case – they argue that there should have been a warning the gun could still fire a live round that was chambered despite the clip being removed.

“As the court held, there is no right to ‘negligently or defectively manufacture or sell firearms or ammunition,'” Lowy said. “Gun makers and sellers are no longer immune from the consequences of their unreasonable, irresponsible actions that lead to injury and death.”

The Pennsylvania appeals court sent the case back down to a trial court for further action consistent with its decision allowing the lawsuit to go forward. But the decision will likely be appealed to the Pennsylvania Supreme Court after the state appeals court declared a major federal law unconstitutional.