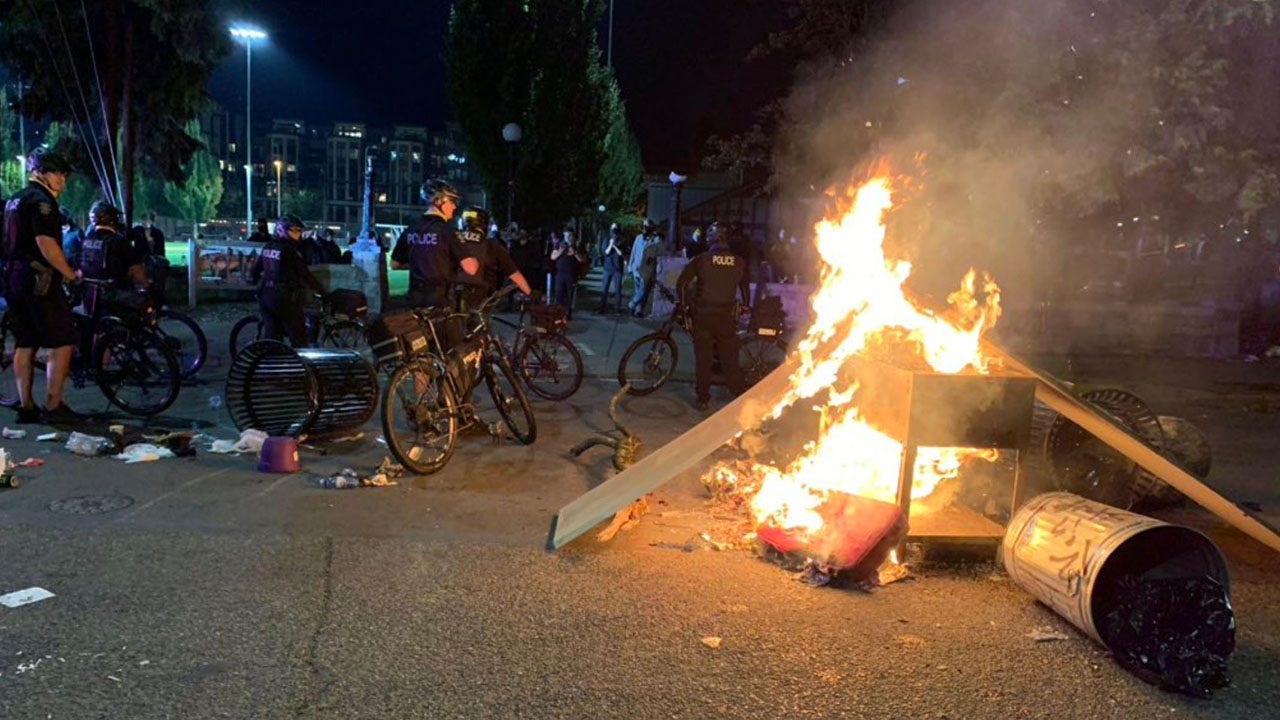 Seattle’s interim police chief, Adrian Diaz, is making changes after a violent weekend of vandalism throughout the city as protestors express their anger and disagreement with the grand jury decision in the Breonna Taylor case.

Police made at least 10 arrests Saturday evening when protests devolved into chaos and violence as demonstrators set fires and damaged property and allegedly committed assaults in the Capitol Hill neighborhood.

Diaz told KOMO News in an interview that the violence has to stop.

“These calls for change are being drowned out by relentless violence, mayhem and illegal behavior,” Diaz told the television station.

Diaz noted that he’s working with city, state and federal leaders to hold those responsible accountable for the violence.

“If there are people going out and peacefully protesting, we will help facilitate that peaceful protest,” Diaz added. “But if they are coming to create this mayhem, we are going to address this mayhem.”

The department reportedly plans to make staff changes starting this week, with at least 100 officers moving from other departments and back to patrol in an effort to reduce 911 response times.

“In the next literally three days, we will have personnel back into patrol being able to respond to calls for service,” he said.

He also is calling on the community to help.

“The violence has to stop, and we need every member of this community to demand this end as well.”

Mayor Jenny Durkan told KOMO News in a statement that she is pleading with protesters to “remain peaceful, reject those in their midst setting fires and endangering others, and heed Seattle Police Department’s dispersal warnings.”

Both the mayor’s office and Seattle Police Department did not immediately return FOX News’ requests for comment.