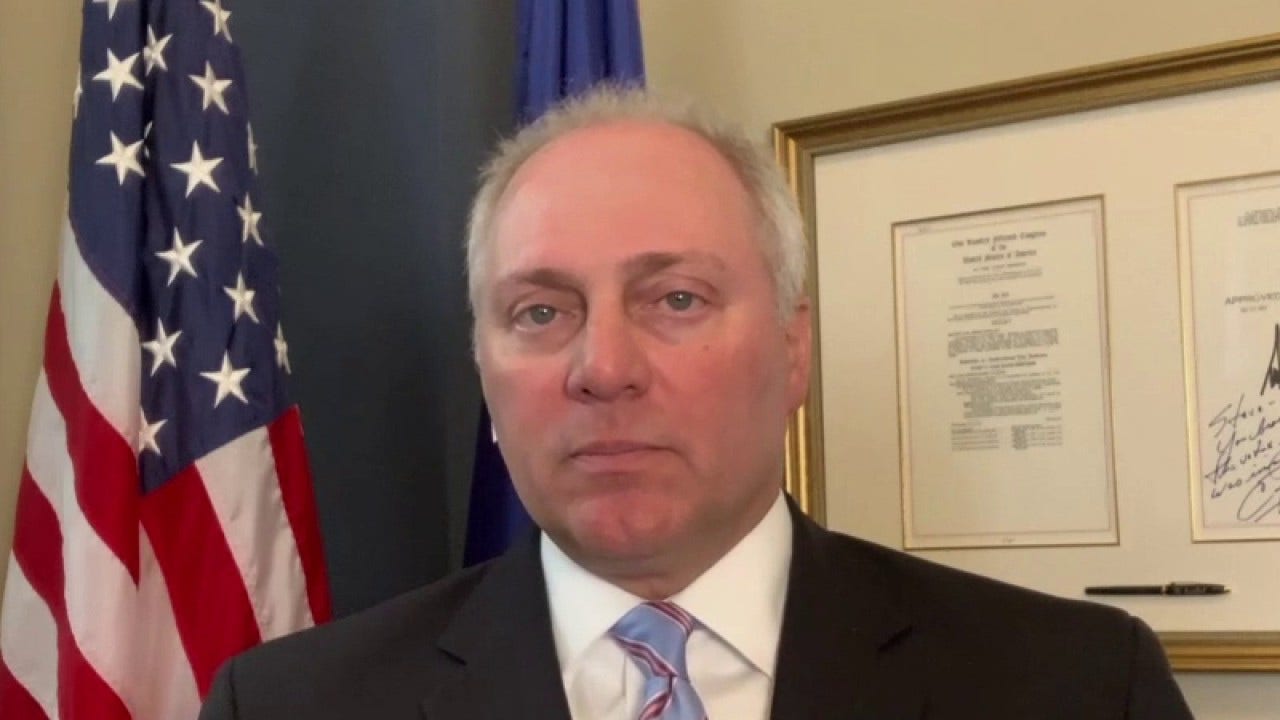 Scalise, R-La., made the comment following a New York Times report that President Trump paid no federal income taxes in 10 of the previous 15 years.

On Monday, Trump defended his tax history, saying that he paid “millions of dollars” to the Internal Revenue Service and argued he is “entitled” to tax credits “like everyone else” in the wake of the New York Times report.

Scalise told Fox News Radio host Brian Kilmeade on Tuesday that the Democratic party “has been the party of hoaxes, Russia collusion, impeachment, tax returns since 2016… because they have no agenda.”

“They don’t want people to be looking at their agenda, which is to move toward socialism,” Scalise continued. “Joe Biden is trying to hide what he’s standing for, that’s why they hide him in a basement.”

Scalise then referenced the first presidential debate between Trump and Biden scheduled for Tuesday night and said Democrats and the former vice president “are not going to be able to hide” then.

“Everybody’s going to be watching,” Scalise said, noting that there are going to be “two different approaches to government” on display during the debate.

He then explained the approaches, saying one is “freedom, what President Trump’s done to get an economy back, versus Biden who has been trying to hide what he stands for so they [Democrats] just throw everything at the wall, accuse the president of things every day.”

“People are sick and tired of that kind of personal politics,” Scalise said, adding that Democrats “literally have whistleblowers who leak classified information illegally” and it “turns out most of the stuff they leak ends up being false.

“But the headlines are always the thing that are out there driving the story regardless of the truth and here somebody clearly must have broken the law, but they don’t care about that,” Scalise continued.

“It’s all about power for them and they will do whatever it takes to get power, but it’s not going to work because the hard working people of this country don’t want to move towards socialism, they don’t want a lawless society with rioting and looting, that’s what’s at stake in this election.”

Trump has been amplifying his law-and-order message in response to the unrest that’s rocked many of the nation’s cities since the death of George Floyd, a Black man, while in Minneapolis police custody in May.

House Speaker Nancy Pelosi, D-Calif., told MSNBC the American public deserves to know to whom Trump owes money. She went on to say that if it involved different countries, they could hold leverage over the president.

“We take an oath to protect and defend,” Pelosi said. “This president is the commander-in-chief. He has exposure to the tune of hundreds of millions of dollars to whom? The public has a right to know.”

In response to Pelosi’s comments, Scalise said that she “knows” that “she can go read the financial disclosure forms.”

“Every member of Congress files them … President Trump’s forms are out there and shows all of those things,” he continued, adding that Democrats “don’t care about that.”

“What they’re trying to do is throw out smoke and more smoke in the hope that somebody sees a fire because they don’t want people looking at Joe Biden’s ties to Russia, for example,” Scalise said.

“Why didn’t the Obama-Biden administration help our friends, the Ukrainians, when they wanted to get those tank busting missiles when Russia was coming into Eastern Europe? Why? Because  … the mayor of Moscow gave money to Biden’s son.”

An interim report released by Republicans on the Senate Homeland Security and Finance Committees on their months-long joint investigation into Hunter Biden’s role on the board of Ukrainian natural gas firm Burisma Holdings revealed that an investment firm co-founded by the younger Biden, Rosemont Seneca Thornton, “received $3.5 million in a wire transfer” from Yelena Baturina, the wife of the former mayor of the Russian capital.

“Trump is the one, by the way, who stood up to Russia. When he came in he sold those tank busting missiles to help Ukraine, our friends, stand up to Russia,” Scalise said. “Same thing with China.

“Who stood up to China?” Scalise continued. “Not Joe Biden. Why? Because he literally flew his son with him on Air Force Two to China to get a billion-and-a-half deal.”

Scalise went on to ask, “Where was that concern by Nancy Pelosi about what was involved and who he’s owed allegiance to?

“During that whole time, by the way, the Obama-Biden time, you saw China stealing our jobs, our blue collar jobs,” Scalise said, adding that “our middle class was evaporating during the Biden years.”

He pointed out that, in contrast, “President Trump is standing up to China today” by “getting better trade deals, bringing jobs back to America, [and] making more things in America.”