The Fermi Paradox and the possibility of another coronavirus relief bill

The Fermi Paradox and the possibility of another coronavirus relief bill 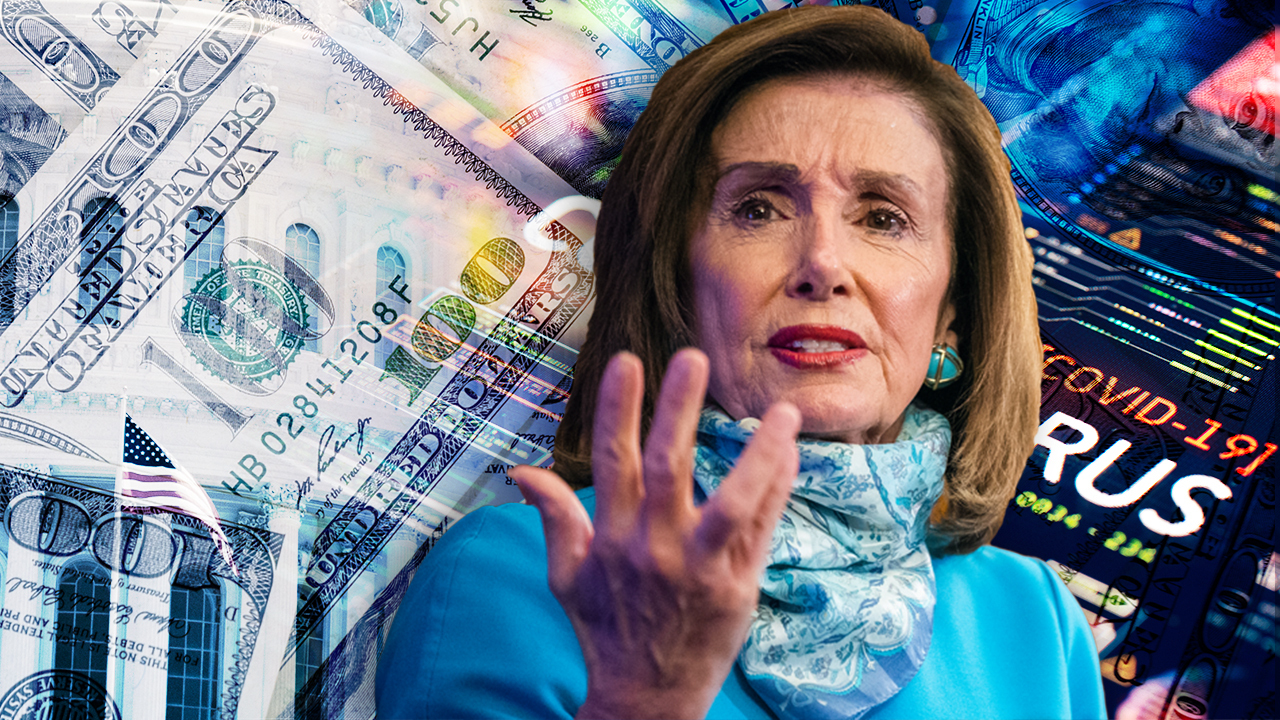 There’s tremendous demand for another phase of coronavirus relief.

Assistance for schools. Money for testing. Extra help for those furloughed. Food for the needy. An expansion of the Paycheck Protection Program. Small business aid. President Trump is now endorsing another round of direct payments.

Sure. There are some Republicans who are reluctant to do anything else. But the president, House Speaker Nancy Pelosi, D-Calif., Senate Majority Leader Mitch McConnell, R-Ky., all Congressional Democrats, and, the vast majority of Congressional Republicans, all believe there should be another coronavirus bill.

House Democrats are poised to consider a revamped, tailored measure later this week. Pelosi’s been talking with Treasury Secretary Steve Mnuchin. But it’s unclear if it’s possible to get something done which can become law. Sure. The end of the week is an inflection point. After this effort, Congress won’t mess with much legislation until after the election. So, Pelosi is trying to punctuate things before November 3. An effort to dare GOPers to vote nay – and show that House Democrats can move yet another bill on their own. But, despite her conversations with Mnuchin, this is not a package negotiated with the Trump Administration. Yet. And, until that happens, it has scant chance of becoming law.

If there is so much “consensus” on the need to do another package of coronavirus assistance, why isn’t another, bipartisan bill ready? Why can’t the sides forge some compromise? Efforts to advance a fifth phase of coronavirus relief really haven’t evolved since May.

COULD THE PRESIDENTIAL RACE BE DECIDED BY NEBRASKA’S SECOND CONGRESSIONAL DISTRICT?

This brings us to the Fermi Paradox.

Physicist Enrico Fermi developed the “Fermi Paradox.” Fermi posits that if there are so many galaxies and billions of stars, there’s a good chance that other civilizations exist. And, odds are that a few of them surely mastered interstellar travel. So with so many possibilities, why haven’t aliens passed through Earth’s neighborhood to at least say “nanu nanu?”

These are thematically similar contradictions. It’s enigmatic for there to be so many possibilities of life on other planets – yet zero evidence – especially over the passage of billions of years. It’s just as odd to have so many possibilities for life. Yet there’s little scientific indication that extraterrestrial visitors ever visited Earth, passed through our galaxy, have ever even heard of us, or, exist at all.

So if there are so many reasons there should be another coronavirus bill, why isn’t there?

“A full recovery is likely to come only when people are safe to re-engage in a broad range of activities. The path forward will depend on keeping the virus under control, and, on policy actions taken at all levels of government,” said Federal Reserve Chairman Jerome Powell during testimony before the House Financial Services Committee last week.

The bipartisan Problem Solvers Caucus introduced a framework of a $1.5-$2 trillion coronavirus plan earlier this month. At the same time, a number of moderate Democrats beseeched Pelosi to advance some sort of coronavirus package before the election. Pelosi has consistently opposed any “piecemeal” approach to COVID-19, preferring a broader bill. The House approved a $3.4 trillion plan in May. The Senate ignored it. Democrats blocked a small bill pushed by McConnell. Nothing’s moved since. Pelosi now says she can tolerate a $2.2 trillion package – which would likely cover a shorter timeframe. That’s why it’s cheaper.

Now many moderate Democrats who represent swing districts are anxious. Especially those who flipped districts from red to blue in 2018.

This is why a cadre of Democrats implored Democratic leaders to consider a narrow, targeted bill.

It is said that talk is cheap. But on Capitol Hill, talk – and lots of it – can sometimes spur action.

“I think it’s sinking in. I think conversations have been ignited. That was our mission. I think this is just beginning,” said freshman Rep. Dean Phillips, D-Minn., who also prevailed in 2018 in what had previously been a Republican seat.

But when asked about the Problem Solvers Caucus bill almost two weeks ago, Pelosi was dismissive. In fact, she practically waved off a question on the subject at her weekly press conference by Emily Cochrane of the New York Times. The Speaker even doubled down on the massive package the House approved in May.

But not so perfect that Pelosi didn’t ask key committee chairs to draft a new measure.

Even so, there was a growing chorus of Democrats, demanding a bill. So I pressed Pelosi two weeks ago what she says to Democrats, begging for a new bill. Pelosi said her caucus wasn’t in revolt.

“They don’t say that to me. What they say is that we need to  have a solution,” replied Pelosi. “You may have someone, anecdotally, who may say, ‘I don’t care how small it is. I just want it to go.’ I have not heard that.”

Pelosi talked with the CEO’s of major US airlines. Some airline CEO’s came to Capitol Hill for a press conference at the Capitol to push for assistance. U.S. carriers are only operating at 30 percent capacity and say they need help in the next bill.

“On October 1, the furloughs happen,” said American Airlines CEO Doug Parker. “We simply cannot let that happen. Airline employees keep our country moving at a time when much of the world is paralyzed with fear.”

But Congress is paralyzed – even though desire to do something remains high.

“As one who doesn’t have any other choice in terms of getting home, I want to make sure that our airlines and the industry…are able to make it through this very difficult time,” said Sen. Lisa Murkowski (R-AK).

Other senators agree that Congress should boost struggling airlines – after a Congressional boost earlier this year.

“It needs to be part of the broader package,” said Sen. Roy Blunt, R-Mo. “There’s only so much wind here. We better take advantage of whatever sail we’ve got.”

The House of Representatives overwhelmingly approved a stopgap spending bill last week to avoid a government shutdown. The Senate is expected to sync up on Wednesday. The measure will run the federal government until December 11. There was a push by many to latch coronavirus provisions to this measure. But those efforts evaporated. Pelosi and Mnuchin agreed to have a funding bill which was as “clean” as possible. Tacking things onto the bill may have risked a government shutdown – during a pandemic.

So even if the House advances a coronavirus bill, it’s far from certain there will ever be a universal bill to address the pandemic.

That’s the contradiction. Most people want to do it. But they can’t.

Just like the Fermi Paradox. If there are so many possibilities of life in the galaxy, why don’t we have evidence of it.

It would be ironic if we were to suddenly discover there was life, say, just one planet away on Venus or something. Venus is perhaps the least hospitable place to find life. Its smothering gaseous surface is hotter than any other planet in the Solar System: 867 degrees Fahrenheit. And its atmosphere is choked with sulfuric acid.

But scientists recently found there may be some signs of life on Venus, stunning everyone.

And, for the same reasons, that’s why there’s a chance the sides may get another coronavirus bill done, despite lots of reasons to the contrary.