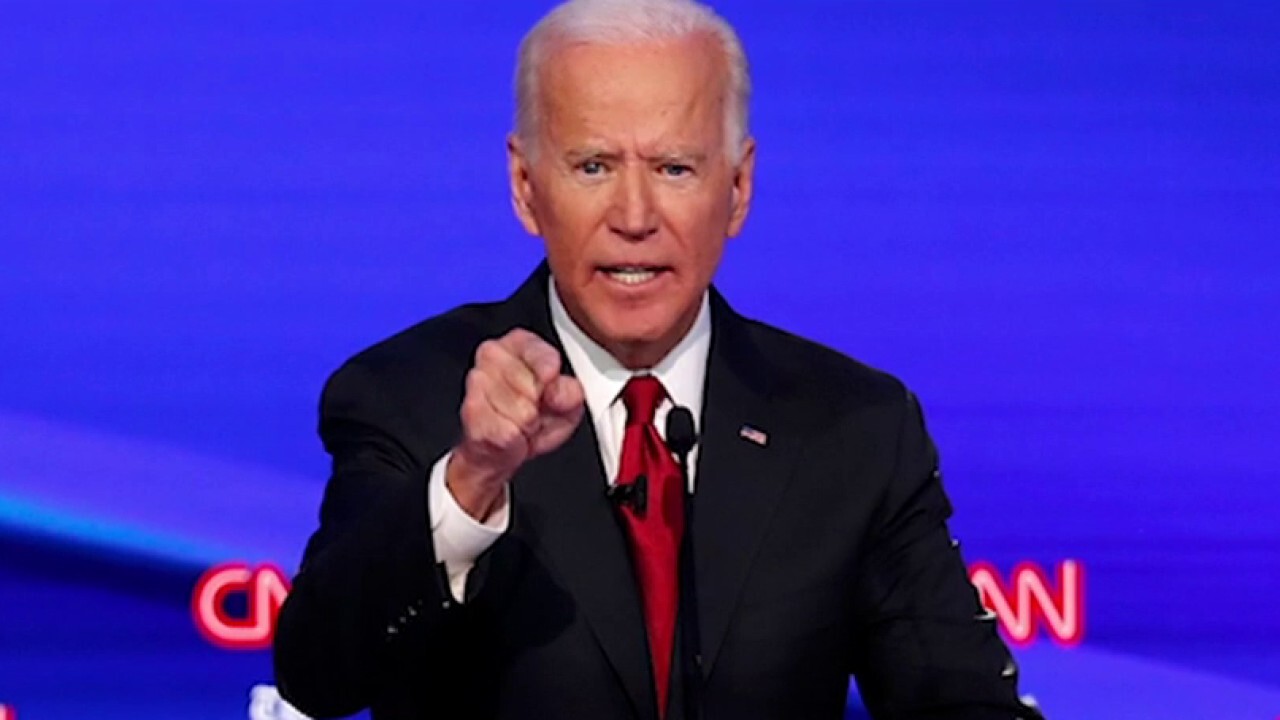 In 2008, then-candidate Barack Obama reportedly had narrowed down his choice for a running mate to two men—Indiana Sen. Evan Bayh and Delaware Sen. Joe Biden.

Inspired by past strong debate performances, Obama went with Biden. This background, and how Biden vaulted into national office, give a sense of what to expect in the first presidential debate on Tuesday night.

Biden is a polished politician with decades of experience in debates, but one whose record never matches his oratory on stage.

Biden may have more experience than any modern presidential nominee when it comes to debates, having taken part in at least 38 candidate debates since 1972—the year he was first elected to the Senate.

As the vice-presidential nominee and then as sitting vice president, Biden went through two national debates and was widely declared the winner both times.

This cycle – his third run at the presidency – he triumphed over a packed Democratic Party primary field. Biden performed well in eleven debates and bested two dozen other candidates to win his party’s nomination going away.

There’s no mistaking that Biden knows his way around a debate stage and is known for rigorously preparing ahead of time.

NEWT GINGRICH: PRESIDENTIAL DEBATE – WHICH BIDEN WILL SHOW UP ON STAGE WITH TRUMP?

In the past year, he kept ultra-light schedules ahead of his Democrat primary debates so he could hold debate prep sessions with advisors and review briefing materials.

In 2012, ahead of his debates against then-Republican vice-presidential nominee Paul Ryan, Biden took as much as a week off to prepare.

So while President Trump is busy fulfilling the duties of his office, Biden has spent more and more time each day in his Wilmington, Delaware home preparing.

LEO TERRELL: CAN JOE BIDEN STILL WIN BACK MY VOTE?

As September 29 has approached, Biden frequently has retreated fully from the campaign trail, disappearing for days at a time and vanishing from public view to hunker down in study.

That he will perform well against President Trump should surprise no one.

However, it’s what he says during the debate that should concern working families and the American people, not how he says it.

It’s also important what he tries to conceal.

Biden is the figurehead of a Democratic Party that is under the control of the radical left. And he has been forced into supporting an extremist agenda for the country, despite how he may try to portray himself Tuesday night.

On the economy, Joe Biden would completely overturn President Trump’s policy of cutting job-killing taxes and regulations, promising to raise taxes to the tune of $4 trillion—the largest increase in American history. And he likely will not mention his body of work in destroying jobs, both with his vote for NAFTA and his support of China’s entry into the World Trade Organization, a move that cost America 60,000 factories and 3.5 million jobs.

When it comes to the booming energy sector, Biden would reverse President Trump’s policies which made America energy independent for the first time in 70 years.

His radical plans to add new regulations include support for the Green New Deal which would eventually abolish all forms of energy except for renewable sources and cost the average family household more than $40,000 per year.

The Green New Deal includes the planned elimination of fracking, which would wipe out millions of good paying jobs and devastate the economies of states like Pennsylvania.

While the President has worked tirelessly to fight the coronavirus, Biden has sat on the sidelines and offered nothing but opportunistic criticisms designed to sow division and fear.

In fact, there is clear evidence that he would have made the situation worse if he had been president.

When President Trump restricted travel from China by the end of January, Biden called it “xenophobic” and “fear-mongering,” meaning he would not have made that tough decision.

It’s not just the global pandemic that Biden is cynically using for partisan political gain. When it comes to the violent riots that took place in cities across America, Biden refused to stand with law enforcement—choosing instead to blame police officers in bowing to the radical anti-police left.

Biden’s cavalier attitude toward law enforcement is further evidenced by his irresponsible opposition to sensible efforts to secure the homeland. His radical immigration policies would grant amnesty to 11 million illegal aliens, cease deportations even for criminal aliens, support sanctuary cities, and halt the construction of the border wall.

Biden will also have the most important ally on his side—the mainstream media. The media have coddled Biden with softball questions this election season, have rarely challenged him on his positions and history, and have even marveled at the cleverness of his refusal to actually campaign.

No doubt, the Washington and New York media establishment will offer up rave reviews for Biden after the first debate, no matter how well he performs.

Expect to see a tuned-in Joe Biden on stage in Cleveland. He has a way of turning it on when the lights and cameras fire up on debate nights. But pay careful attention to what he talks about and what he’s trying to obscure.