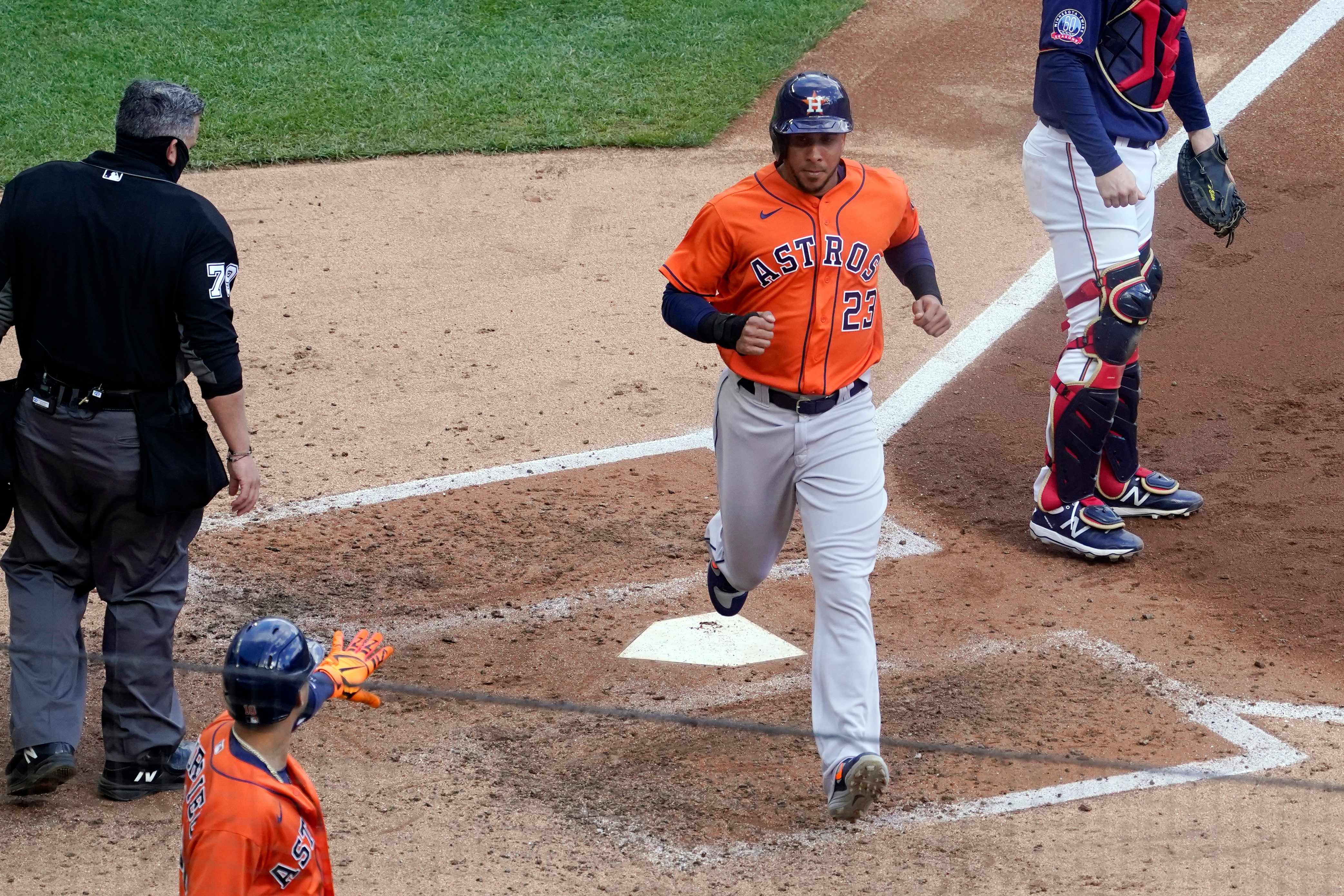 Carlos Correa hit a two-out, tiebreaking home run in the seventh inning for the Houston Astros, who produced another stifling pitching performance and swept Minnesota with a 3-1 victory Wednesday that sent the Twins to a record 18th straight postseason loss.

Nine months after Houston’s rules-breaking, sign-stealing system was revealed, the Astros advanced to the Division Series in Los Angeles. As the sixth seed, they’ll face the Oakland Athletics or Chicago White Sox in a best-of-five matchup starting Monday at Dodger Stadium.

The Twins are 0-18 in the playoffs since winning Game 1 of their Division Series at the New York Yankees on Oct. 5, 2004, a total of seven rounds lost. Since that date, the Astros are 43-35 in postseason play, winning 10 of 15 rounds with three trips to the World Series.

Kyle Tucker hit two RBI singles for the Astros and made a key throw from left field for the inning-ending out in the fifth.

Rookie Cristian Javier worked three hitless innings in relief for the victory in his postseason debut and Ryan Pressly pitched a perfect ninth against his former team, giving the Houston bullpen a total of 9 2/3 scoreless innings in this wild card series with three hits allowed.

Nobody on this Twins team has had a hand in more than six of the playoffs losses, but for the second straight year one of baseball’s most potent lineups limped through a brief postseason cameo. In a three-game Diviion Series sweep by the Yankees last year, the Twins totaled seven runs and 22 hits. Against the Astros, they mustered only two runs and seven hits.

Nelson Cruz gave the Twins an RBI double for a second straight game, this time in the fourth inning against starter Jose Urquidy. Luis Arraez aggressively tried to score from first base, but Correa took the throw from Tucker and fired home to beat Arraez to the plate to preserve the tie.

Then in the seventh against losing pitcher Cody Stashak, Correa drove a 1-0 slider into the tarp-covered seats above right-center field for his 12th home run in 52 playoff games.

After winning 101, 103 and 107 games in the last three regular seasons, winning the 2017 World Series and losing the championship in seven games to the Washington Nationals last year, the Astros stumbled through the 2020 season at 29-31 under new manager Dusty Baker and general manager James Click with a slew of injuries after the COVID-19 pandemic cut the schedule to 60 games.

They had the third-worst road record in the major leagues, too, but none of that mattered this week against the third-seeded Twins, who were out of sorts in their two biggest games of the year.

José Berríos was one of the few who were locked in with five strong innings, with just two hits allowed. His two walks were costly, though, issued right before Tucker’s single in the fourth.

Already missing third baseman Josh Donaldson, the Twins held another one of their most valuable players out: center fielder Byron Buxton. Manager Rocco Baldelli declined to confirm whether Buxton was experiencing a recurrence of concussion symptoms that kept him out of the last two regular-season games. Buxton was picked off first base after pinch-running for Cruz in the eighth.

Max Kepler moved to center, and Alex Kirilloff — the 2016 first-round draft pick — played right field to become the first Twins player in history to make his major league debut in a postseason game. Kirilloff singled in the fourth, one at-bat too late. With the bases loaded in the first, he flied out to end the inning.

The Astros, who have reached the AL championship series in each of the last three years, will play Monday against either the A’s or the White Sox. RHP Lance McCullers Jr. is the only member of their regular season rotation who did not pitch in Minnesota.

The Twins enter the offseason with 10 players set to become free agents, including the 40-year-old Cruz who led the team in home runs and batting average (among players with a qualifying amount of at-bats) for a second straight season. Their 2021 opener is scheduled for April 1 at Milwaukee.