Bateman back for Minnesota, but no Parsons for Penn State

Bateman back for Minnesota, but no Parsons for Penn State 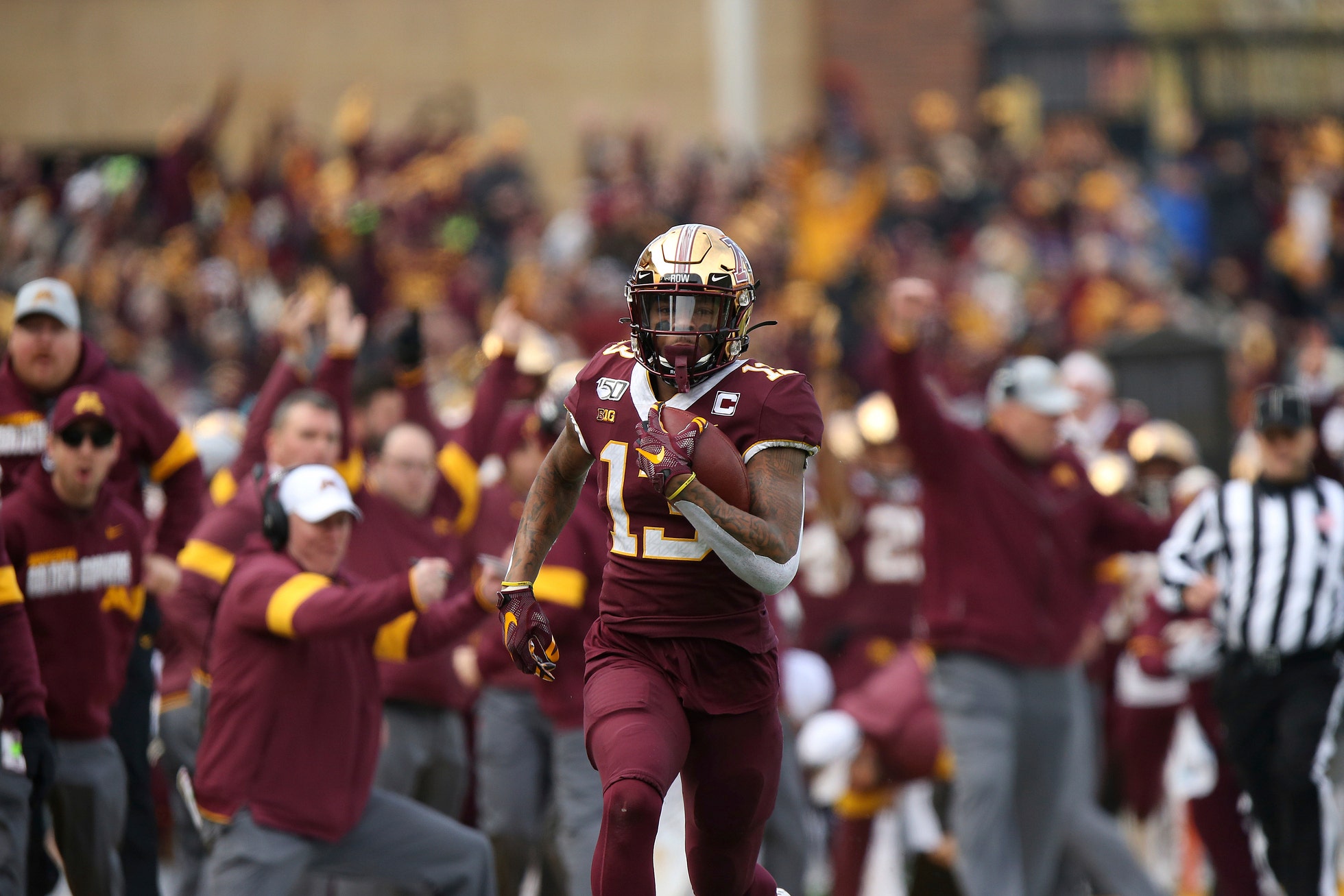 Minnesota is getting its star wide receiver back for an abbreviated Big Ten season. Penn State will not be so fortunate with its All-America linebacker.

Minnesota announced Wednesday that Rashod Bateman was cleared to play this season by the NCAA and Big Ten after opting out in August. At Penn State, coach James Franklin closed the door on All-America linebacker Micah Parsons returning to the Nittany Lions.

The Big Ten postponed its fall football season on Aug. 11, then announced two weeks ago that it would play after all, starting the weekend of Oct. 23. Both Bateman and Parsons opted out of the 2020 season before the Big Ten postponed amid concerns about the pandemic.

“I want to thank the NCAA, Big Ten and our compliance office for working together and coming to a resolution that restored Rashod’s eligibility and allows him to play this fall,” Minnesota coach P.J. Fleck said.

Bateman caught 60 passes for 1,219 yards and 11 touchdowns last season as a sophomore. In coming back, Bateman announced he will wear jersey number zero for the Gophers, explaining: “Because there is zero tolerance for racism in this culture, and there is zero doubt about what this program stands for.”

“These past few months have been uncertain and challenging, challenging for myself, this university and our society,” Bateman said in a video posted on his Instagram account. “The Row the Boat culture has changed my life forever. I know that to get through tough times, you have to keep your oar in the water, and I feel the safest and the best place to move forward is here at the University of Minnesota. We’ve got work left to be done, as a team and as a society.”

Franklin told reporters Parsons had interest in returning to college football but after discussions with the player and his family, it was not going to happen.

“He had been gone for so long that it made it a little bit more complicated to work through,” Franklin said.

Parsons was expected to be one of the best players in the country this season and is a likely high first-round pick in April’s NFL draft. He had 109 tackles and five sacks as a sophomore last season.

Other Big Ten schools have welcomed back stars.

In the Pac-12, Oregon has been hit hardest by opt outs and it does not appear that the Ducks will be getting any of their departed stars back. All-America offensive tackle Penei Sewell has declared for the draft along with defensive backs Deommodore Lenoir, Thomas Graham and Jevon Holland.

“Those conversations are ongoing,” Helton said.