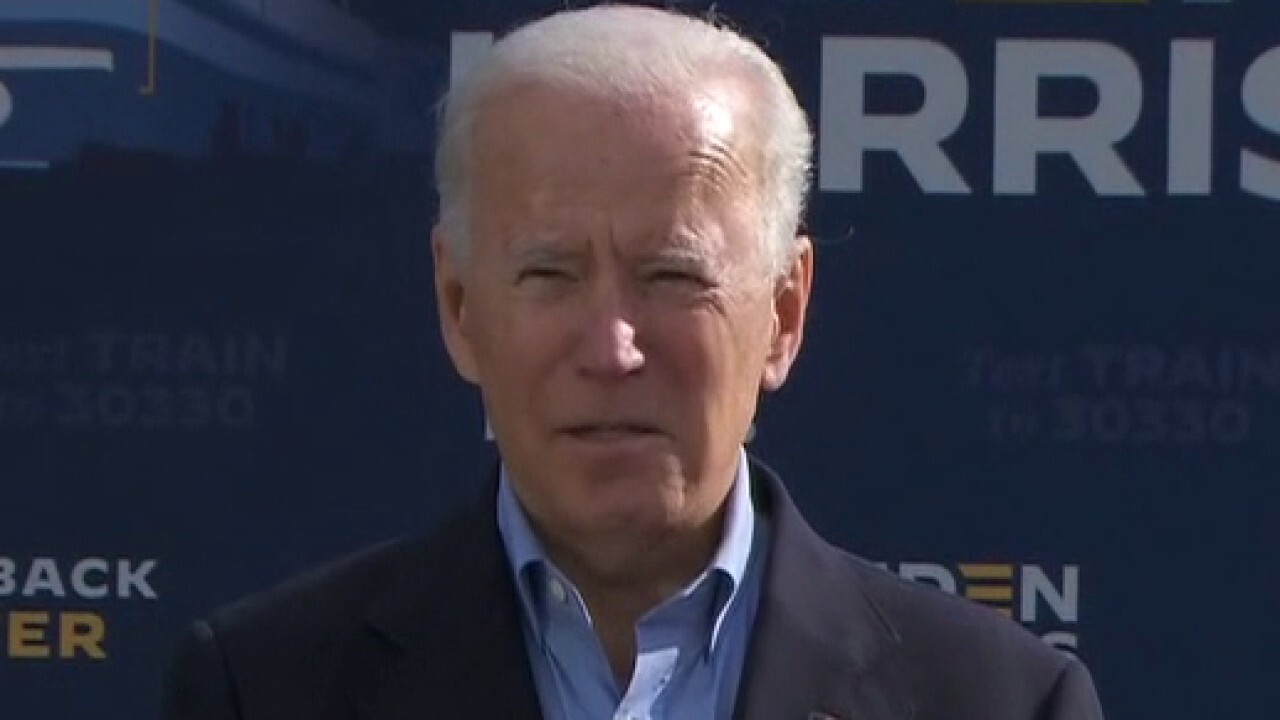 Democratic nominee Joe Biden said Wednesday that President Trump was a “national embarrassment” during the first presidential debate this week, while saying he would not “speculate” on the next two general election showdowns next month.

Biden, during a stop in Cleveland, Ohio, on Wednesday, was asked if he had an answer for some voters who may have been turned off by politics after the debate Tuesday night.

“I kind of thought that at one point. Maybe I shouldn’t say this,” Biden said. “But the president of the United States conducted himself the way he did and I think it was just a national embarrassment.”

But to undecided voters, Biden said that he hopes that the American people “try to determine what each of us has as an answer for their concerns.”

Biden was also asked whether he would participate in the next two presidential debates—something his campaign has repeatedly committed to.

Biden said he would participate, and that he is “looking forward to it,” but would not “speculate” on future debates.

“He not only attacked me constantly, but he also attacked the moderator,” Biden said of Trump during the debate. “I just hope there is a way the commission can control the ability to answer questions without interruptions.”

The comments from the former vice president, who for decades commuted daily on Amtrak from his home in Delaware to the nation’s capital, came as he kicked off a daylong tour through eastern Ohio and western Pennsylvania, two crucial battleground states that will likely help decide the winner of the presidential election.

The president responded, “Sure, I’m willing to do that, but I would say almost everything I see is from the left-wing, not the right-wing,” Trump said. “I am willing to do anything. I want to see peace.”

The president’s response sparked a shouting match with the former vice president.

“Who do you want me to condemn?” Trump said. “What do you want to call them? Give me a name.”

The Proud Boys have been designated a hate group by the Southern Poverty Law Center, and have held multiple events in Portland, alongside other right-wing groups. The gatherings have sparked some violent clashes with left-wing counter-demonstrators.

Biden interrupted, calling Antifa “an idea, not an organization.”

Trump fired back saying,  “Oh you’ve got to be kidding.”

“When a bat hits you over the head that’s not an idea,” Trump said. “Antifa is bad.”

TRUMP’S WARNING ON VOTING BY MAIL: ‘THIS IS NOT GOING TO END WELL’

During his appearance Wednesday, Biden sent a message directly to Proud Boys.

“Cease and desist,” Biden said. “The American people will decide who the next president of the United States will be. Period.”

The Proud Boys, after the debate, reacted to the president’s comments, communicating over Telegram, saying: “F*** it, let’s go bak to Portland.”

Meanwhile, Trump campaign Communications Director Tim Murtaugh, in an interview with Fox News, said that the president has “repeatedly, over the course of years now, denounced white supremacists and has been consistent in doing that.”

But the Trump campaign slammed the question by Wallace, in general.

“The media keeps asking him to denounce white supremacy, and he keeps doing it,” Murtaugh told Fox News. “At a certain point, they are going to have to take yes for an answer.”

“Just last week, the president declared the KKK a terrorist organization and it cannot be any more clear than that,” Murtaugh said, pointing to the president’s Black America Plan, also known as the “Platinum Plan.”

The “Platinum Plan” states that it will “prosecute the KKK and ANTIFA as terrorist organizations and make lynching a national hate crime.”

The plan also pledges to increase access to capital in Black communities by nearly $500 billion and vows to make Juneteenth a national holiday.