Biden clashes with Trump over Antifa: ‘It’s an idea, not an organization’

Biden clashes with Trump over Antifa: ‘It’s an idea, not an organization’ 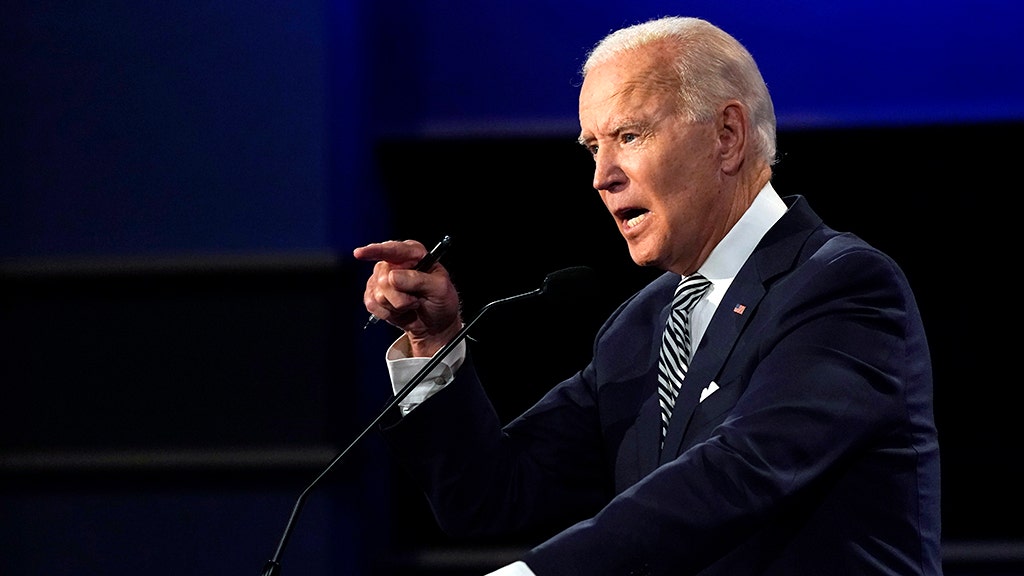 When Trump called out Antifa, Biden referenced FBI Director Christopher Wray’s claim that Antifa was more of a movement or ideology rather than an organization. “Antifa is an idea, not an organization,” Biden said. Trump fired back: “Oh, you got to be kidding.”

Earlier this month, Wray offered congressional testimony in which he said Antifa was a “real thing” and that the FBI had undertaken “any number of properly predicated investigations into what we would describe as violent anarchist extremists,” including into individuals who identify with Antifa.

At one point, he said that Antifa wasn’t “a group or an organization. It’s a movement or an ideology.” He also said the individuals who identify with the Antifa movement were “coalescing regionally into what you might describe as small groups or nodes” that are under investigation.

FBI DIRECTOR WRAY: ‘ANTIFA IS A REAL THING,’ FBI HAS CASES AGAINST PEOPLE IDENTIFYING WITH MOVEMENT

Regardless, Antifa has been blamed for a wide range of violent incidents in U.S. cities. Attorney General William Barr previously told CNN: “I’ve talked to every police chief in every city where there has been major violence and they all have identified Antifa as the ramrod for the violence.”

Biden has encountered criticism for his response to violence in U.S. cities, although he condemned “needless destruction” as early as May amid rioting in Minneapolis. “Protesting such brutality is right and necessary,” he said after George Floyd’s death. “It’s an utterly American response. But burning down communities and needless destruction is not. Violence that endangers lives is not. Violence that guts and shutters businesses that serve the community is not.”

TRUMP ON WHETHER FBI DIRECTOR WRAY COULD BE REPLACED: ‘WE’RE LOOKING AT A LOT OF DIFFERENT THINGS’

Debate moderator Fox News host Chris Wallace asked Trump whether he was willing to condemn white supremacist and militia groups and tell those groups not to add to ongoing violence in U.S. cities.

When Biden and Wallace told Trump to condemn those groups, Trump asked who specifically he should condemn. Wallace mentioned the Proud Boys, prompting Trump to say “stand back and stand by” in a message directed to the group.

Trump has repeatedly condemned white supremacy and racism in previous speeches. For example, he called on the nation to condemn “racism, bigotry, and white supremacy” after a mass shooting at an El Paso, Texas, Walmart in 2019.

Many have criticized Trump for claiming “very fine people” were on both sides of the racially charged demonstrations in Charlottesville, Va., in 2017. While those demonstrations included white supremacist groups, Trump maintains he was referring to “people that went because they felt very strongly about the monument to Robert E. Lee — a great general, whether you like it or not.” After Charlottesville, Trump also called racism “evil” and condemned white supremacy in a speech from the White House.

Fox News’ Thomas Barrabi and the Associated Press contributed to this report.