Biden pushes back against ties to Bernie Sanders during first debate: ‘I am the Democratic party’

Biden pushes back against ties to Bernie Sanders during first debate: ‘I am the Democratic party’ 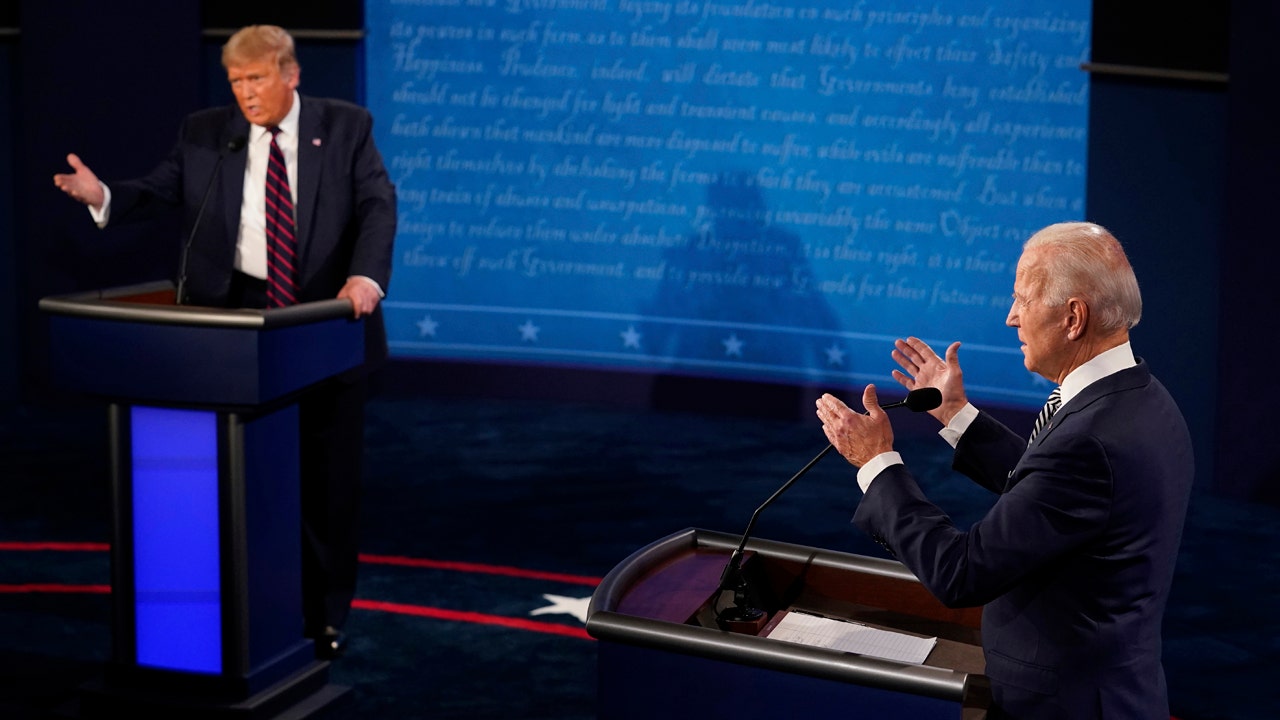 Democratic presidential nominee Joe Biden pushed back against President Trump‘s efforts to link him to Bernie Sanders during the first debate on Tuesday night, declaring that he beat the self-described democratic socialist by a “whole hell of a lot.”

“The matter of the fact is that I beat Bernie Sanders,” Biden said during the debate, hosted by Case Western Reserve University and The Cleveland Clinic. “By a whole hell of a lot.”

NO HANDSHAKES BETWEEN BIDEN AND TRUMP AT DEBATE

The two candidates were sparring over health care, and the White House-backed lawsuit to overturn the Affordable Care Act, the landmark health care law passed a decade ago by President Barack Obama.

“Your party wants to go socialist medicine and socialist health care,” Trump said. “And they’re going to dominate you, Joe, you know that.”

Trump and Republicans frequently try to portray Biden as a “trojan horse” for the progressive wing of the Democratic Party, including lawmakers like Sanders and Rep. Alexandria Ocasio-Cortez, D-N.Y. Both Ocasio-Cortez and Sanders, who dropped out of the Democratic primary in mid-April, have endorsed Biden for president.

Biden, who has laid out a plan to expand the ACA by adding a public option that’s open to all Americans but preserves the option for individuals to keep their private insurance, rejected that assessment.

The showdown is being moderated by “Fox News Sunday” anchor Chris Wallace.