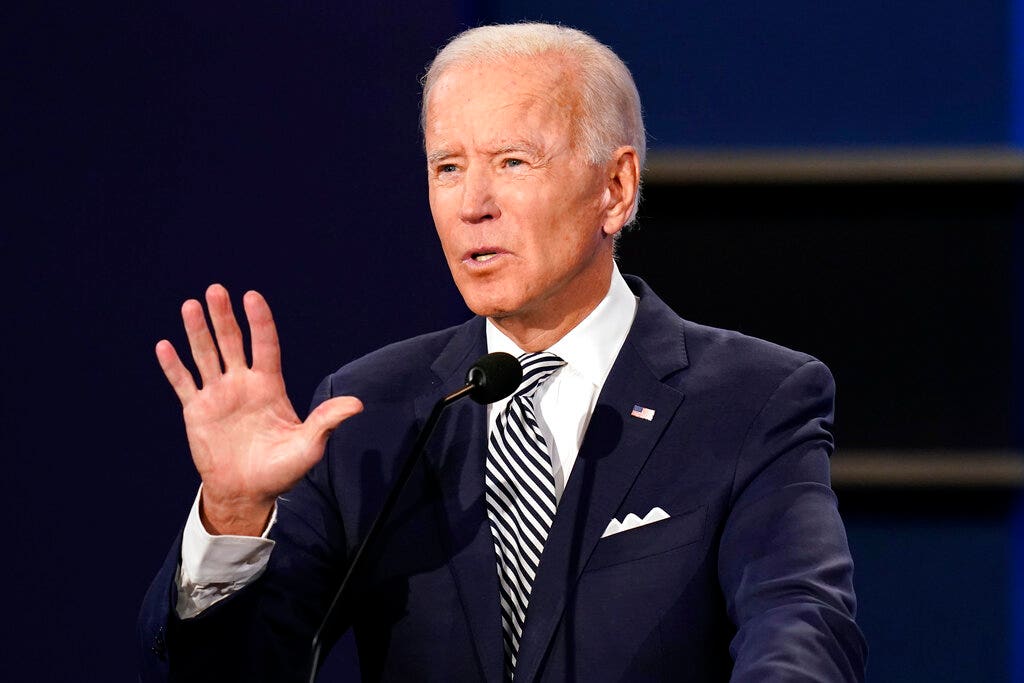 His comment comes amid strong opposition from Democrats to pushing through a conservative judge to succeed the late Justice Ruth Bader Ginsburg, who died earlier in September, just weeks before the presidential election.

The party has leveled accusations of hypocrisy against Republican Senate Majority Leader Mitch McConnell, who refused to consider a similar nomination from former President Obama nine months before the 2016 election on the grounds that voters needed to weigh in.

KAMALA HARRIS PARROTS BIDEN AFTER DEBATE, REFUSES TO SAY WHETHER THEY WILL ‘PACK’ SUPREME COURT

“I’m not opposed to the justice,” Biden said on the debate stage in Cleveland, Ohio. “She seems like a very fine person.”

Instead, Biden urged Trump to wait for election results in November before the vacancy is filled.

“We should wait and see what the outcome of this election is because that’s the only way the American people get to express their view,” Biden said.

In the fiery first round of the debate, Trump insisted that he has “plenty of time” to choose and win confirmation for a nominee, which would give conservatives a majority in the highest court in the country.

“We won the election. Elections have consequences,” Trump said, justifying why he appointed a nominee in an election year.

Trump’s nominee, Barrett, has faced attacks from liberal women’s groups and Planned Parenthood, which says she is a threat to women’s reproductive rights. Democrats worry that if she is appointed to the Supreme Court, she will help to roll back abortion rights as well as the Affordable Care Act.

Barrett, a federal appellate judge and former law clerk of conservative Justice Antonin Scalia — whose death created the vacancy that the Senate wouldn’t allow Obama to fill — has been questioned about her faith numerous times, an issue that will likely come up again during her confirmation hearings.

Although she has testified to Congress previously that she would not let her religious beliefs interfere with her decisions on the court, some have questioned whether she has given an oath of loyalty to a Christian group called People of Praise that could compromise her impartiality.

Barrett has been linked to the group by the Associated Press and other news outlets, though she hasn’t commented on her involvement.

The group itself is the subject of speculation that it inspired the Margaret Atwood novel and popular Hulu drama, “The Handmaid’s Tale,” a claim it has denied.

Members pledge their lifelong commitment to a covenant and are assigned personal advisers, originally called “heads” if men and “handmaids” if women.