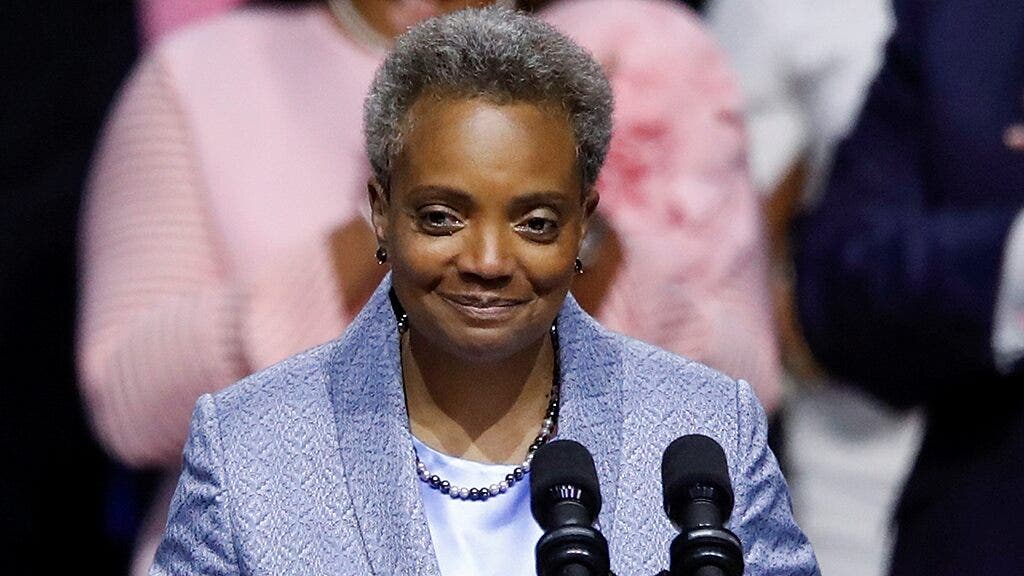 Democratic Chicago Mayor Lori Lightfoot fired back at President Trump on Tuesday night after he skewered her city as a hotbed of crime and violence during a presidential campaign debate against Joe Biden.

The Windy City had 58 shootings and eight deaths during a single recent weekend, the president argued.

“.@realDonaldTrump, keep ‘Chicago’ out of your lying mouth,” Lightfoot tweeted.

The mayor said Trump has made a “mess of everything he’s touched in his life” and sharply disputed his claim that he has done more for Black Americans than any other president aside from maybe Abraham Lincoln, among other things.

Lightfoot appeared frustrated that the president “called her out for her failure to fulfill her most sacred duty – protect the people of Chicago,” White House Deputy Press Secretary Judd Deere told Fox News. “The president will continue to provide leadership to protect the people of Chicago and fight the unacceptable levels of crime while the Mayor throws temper tantrums and puts politics ahead of people.”

Biden, for his part, has made a similarly worded claim about Trump, saying he failed to protect the nation from the COVID-19 pandemic that has killed more than 200,000 Americans.

The number of homicides in Chicago through Sept. 27 has soared 50% this year to 581, according to data from the Chicago Police Department, amid a wave of violence following the death of George Floyd, a Black man, who died on May 25 after a White Minneapolis police officer kneeled on his neck for almost nine minutes.

Floyd’s death sparked a number of peaceful protests as well as riots and property destruction as state and local governments sought to direct at least some funding away from police departments.

As violent crimes soared in America’s largest cities, Trump increased calls for “law and order,” making the issue a central topic in his reelection campaign while claiming that the affected areas were run by Democratic mayors.

Trump chided Biden at Tuesday’s debate for his reluctance to stand up to the left wing of his party, which the president says is responsible for the civil disorder.

Democrats, meanwhile, have pointed out that the violence Trump is citing occurred under his watch and accused him of worsening it with incendiary comments.

Lightfoot, like other Democratic mayors and governors, has wrangled with the Trump administration over whether federal law enforcement could enter the city to help quell the violence.

Attorney General William Barr said earlier this month that the number of homicides in Chicago fell 50% after the Trump administration on July 22 launched Operation Legend, designed to halt the “sudden surge of violent crime” across America’s cities.

Lightfoot, while noting the city was “grateful for the additional federal charges and prosecutions,” according to the Chicago Tribune, pushed back against Barr’s claims, suggesting the violence had begun to subside before federal law enforcement had arrived.