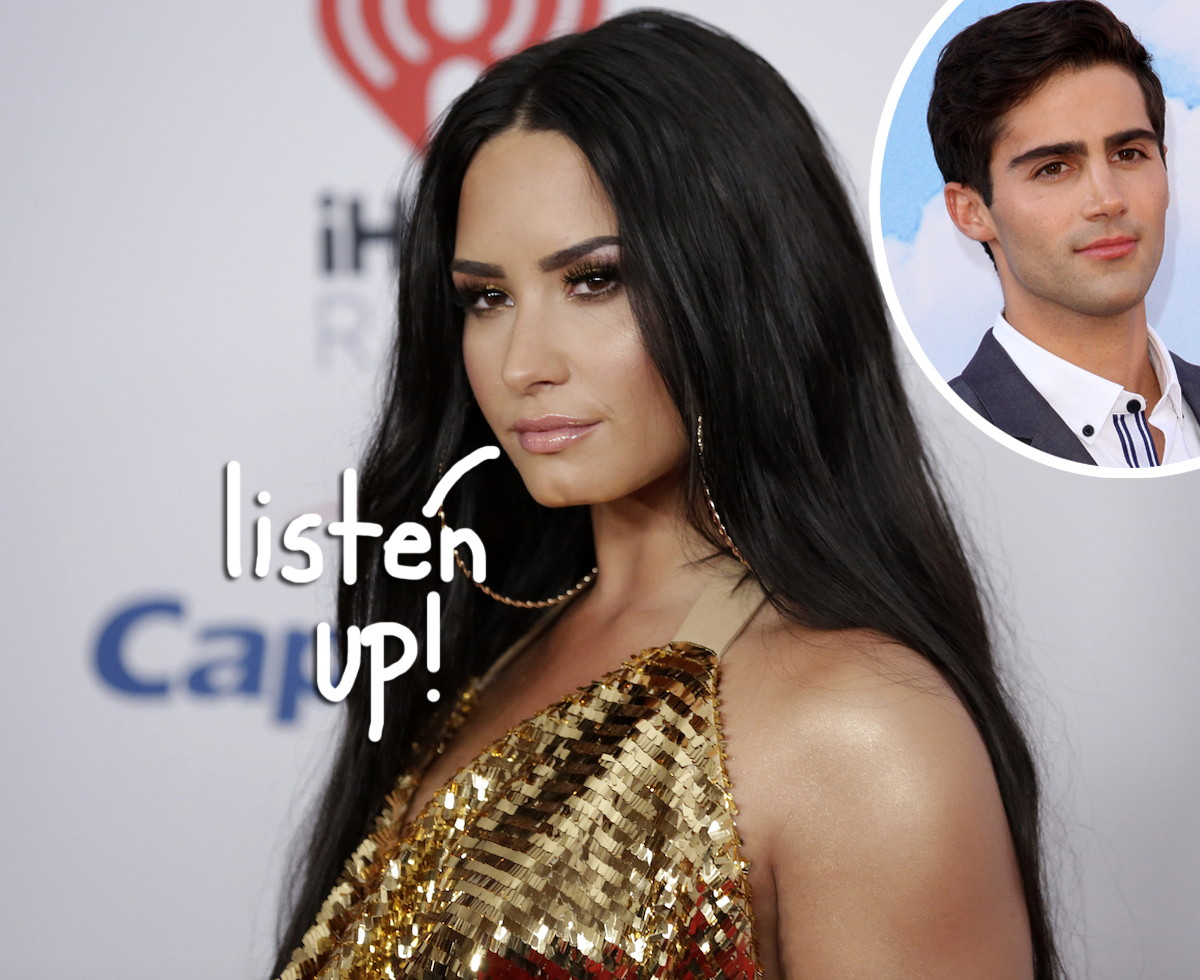 Demi Lovato is healing through music!

On Tuesday night, the songstress dropped a hint via Twitter that she would be releasing a new song on Wednesday, seemingly about her split from Max Ehrich, and now it’s HERE!

After staying nearly-silent about the end of her engagement unlike her former fiancé, these new lyrics from Still Have Me definitely do all the talking:

Give it a full listen (below):

Meanwhile, Max has been sharing brief (but bizarre) statements to his Instagram Story over the past several days as the fallout from his split with continues, but he now has a message for someone other than his ex: Scooter Braun.

As you’re likely aware, Braun manages some of the biggest names in the biz, including Demi, Ariana Grande, and Justin Bieber. So, guess it makes sense for him to call out Scooter?? Here’s what he accused of the music professional:

“. @scooterbraun …. Stop planting false, defamatory stories about me in the media. Let me focus on my film; For there are families relying on me to do my job.

At least for the OK Not To Be OK songstress, it seems like she’s majorly relieved to have seen the light before actually walking down the aisle with the 29-year-old. In fact, an Us Weekly insider recently revealed more about her state of mind, noting how optimistic she’s feeling about the future:

“Demi’s feeling a sense of relief after seeing Max’s true colors. She’s in a really good place and already jumping right back into work and spending time with friends and family.”

And as for the “heartbroken” actor… things aren’t looking quite as cheery with him as he is “still just trying to figure out what happened with Demi.” A source close to the Under The Dome star added:

“Max just went through a major breakup, he is heartbroken. He’s not responding to friends again and he is in a fragile state. The posts he is making are not painting a picture of who Max really is.”

Max has yet to comment on the new song, but knowing his track record, it won’t be long before he has something to say! What do U think of Demi’s new tune, y’all?! Let us know (below) in the comments.