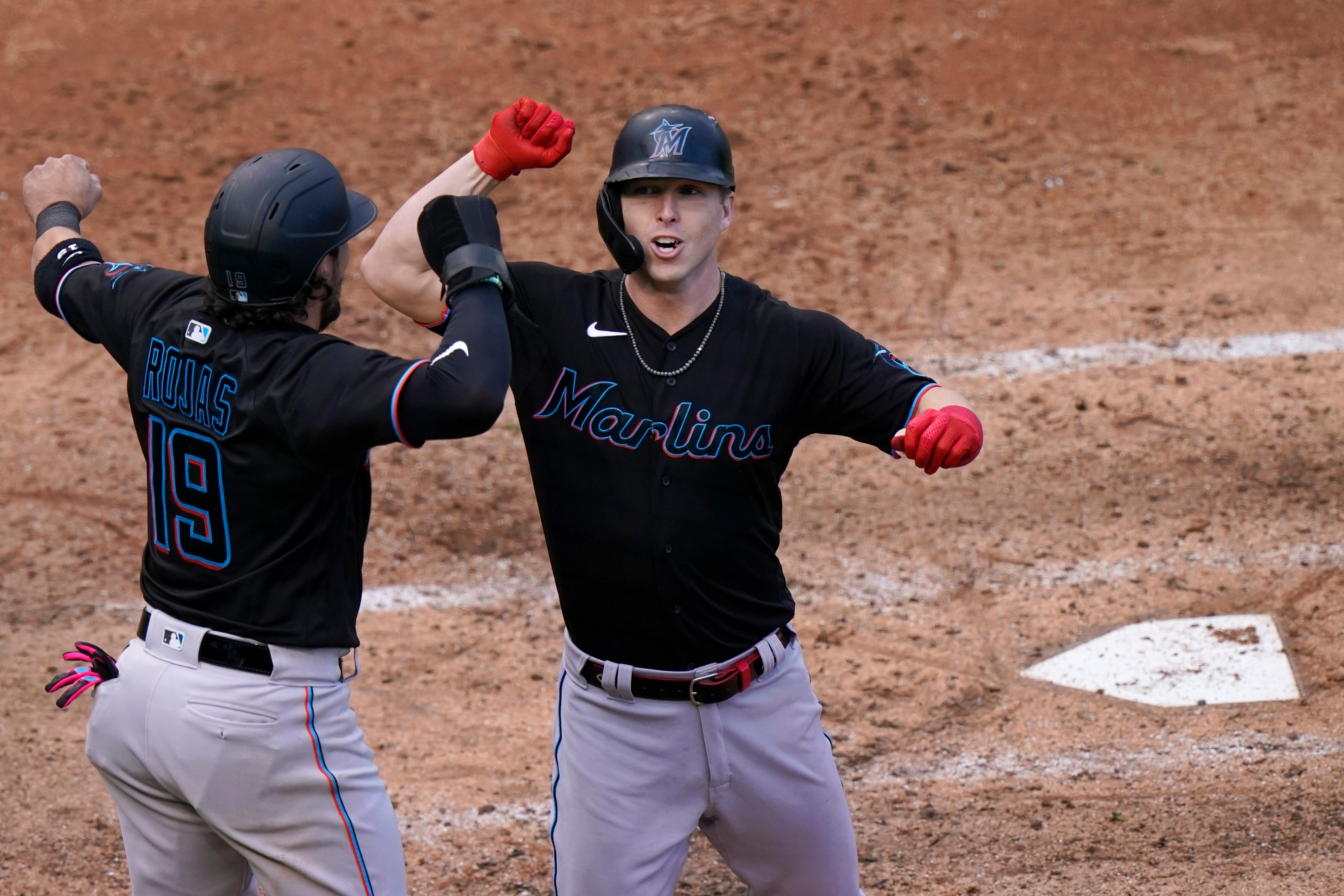 Corey Dickerson hit a three-run homer off a fading Kyle Hendricks in the seventh inning, and the Miami Marlins beat the Chicago Cubs 5-1 on Wednesday in Game 1 of their NL wild-card series.

Jesús Aguilar also homered and Sandy Alcantara pitched three-hit ball into the seventh as Miami conjured up memories of past playoff magic in the franchise’s first postseason game since it won the World Series in 2003. The Marlins, who rallied past the Cubs in a memorable NLCS that year, have never lost a playoff series.

Game 2 of the best-of-three series is Thursday. Yu Darvish starts for the Central champion Cubs, while rookie right-hander Sixto Sánchez pitches for upstart Miami, looking to make an unexpected division series trip in the same season that roughly half the roster was sidelined by COVID-19.

The Marlins may be without center fielder Starling Marte after he was hit on the left hand by a fastball in the ninth inning. Marte was in obvious pain and quickly retreated down the clubhouse tunnel. He was replaced by Monte Harrison. No immediate update was given on his status.

Miami was 0 for 9 with runners in scoring position before Dickerson drove Hendricks’ 106th pitch just over the wall in left-center for his first career playoff homer, erasing the Cubs’ 1-0 lead on a cool, blustery afternoon.

After Hendricks was pulled by first-year manager David Ross, Marte singled and Aguilar hit a drive to right off Jeremy Jeffress for his third career playoff homer.

The last time the Marlins scored five or more runs in an inning during a playoff game was Oct. 14, 2003, at Wrigley Field, when the club scored eight times in the eighth during Game 6 of the NLCS. That outburst included fan Steve Bartman deflecting Luis Castillo’s foul ball as Cubs left fielder Moises Alou tried to make a leaping catch.

There was only a smattering of onlookers — primarily fans and team employees — Wednesday because of baseball’s COVID-19 protocols, and the lower bowl that surrounds the field was almost completely empty.

Hendricks (0-1) matched a season high with 106 pitches in his first start in a week. Known for his pinpoint control, the right-hander issued three walks and hit a batter. He had permitted just two hits before the Marlins chased him with three in a row in the seventh, culminating in Dickerson’s one-out homer.

Hendricks had walked two or fewer batters in 41 consecutive starts dating to April of 2019.

Alcantara (1-0) struck out four and walked three in 6 2/3 innings in his first career playoff start.

Chicago got its only run on Ian Happ’s two-out drive in the fifth for his first postseason homer. Happ had two of the Cubs’ four hits.

Marlins: Marte got the start after he was hit on the front of his helmet by Clarke Schmidt’s 94-mph fastball during Sunday’s regular-season finale against the Yankees. Manager Don Mattingly said Marte was “100%,” but that was before he was hit by another pitch Wednesday. … RHP José Ureña was placed on the team’s taxi squad. Ureña broke his right forearm when he was hit by a line drive Sunday at New York.

Cubs: INF Ildemaro Vargas was activated from the 10-day injured list after missing the last part of the season with a right hamstring strain.

Sánchez, one of baseball’s top prospects, made his big league debt on Aug. 22. Game 2 will be his first start at Wrigley.

“To be honest, I don’t know much about the history of the ballpark, but I know I will be pitching against the Cubs,” he said through a translator. “It’s going to be great.”

Darvish is making his first playoff appearance since signing with Chicago before the 2018 season. He is 2-4 with a 5.81 ERA in six career postseason starts.