Fans to be allowed at World Series, NLCS in Arlington, Texas

Fans to be allowed at World Series, NLCS in Arlington, Texas 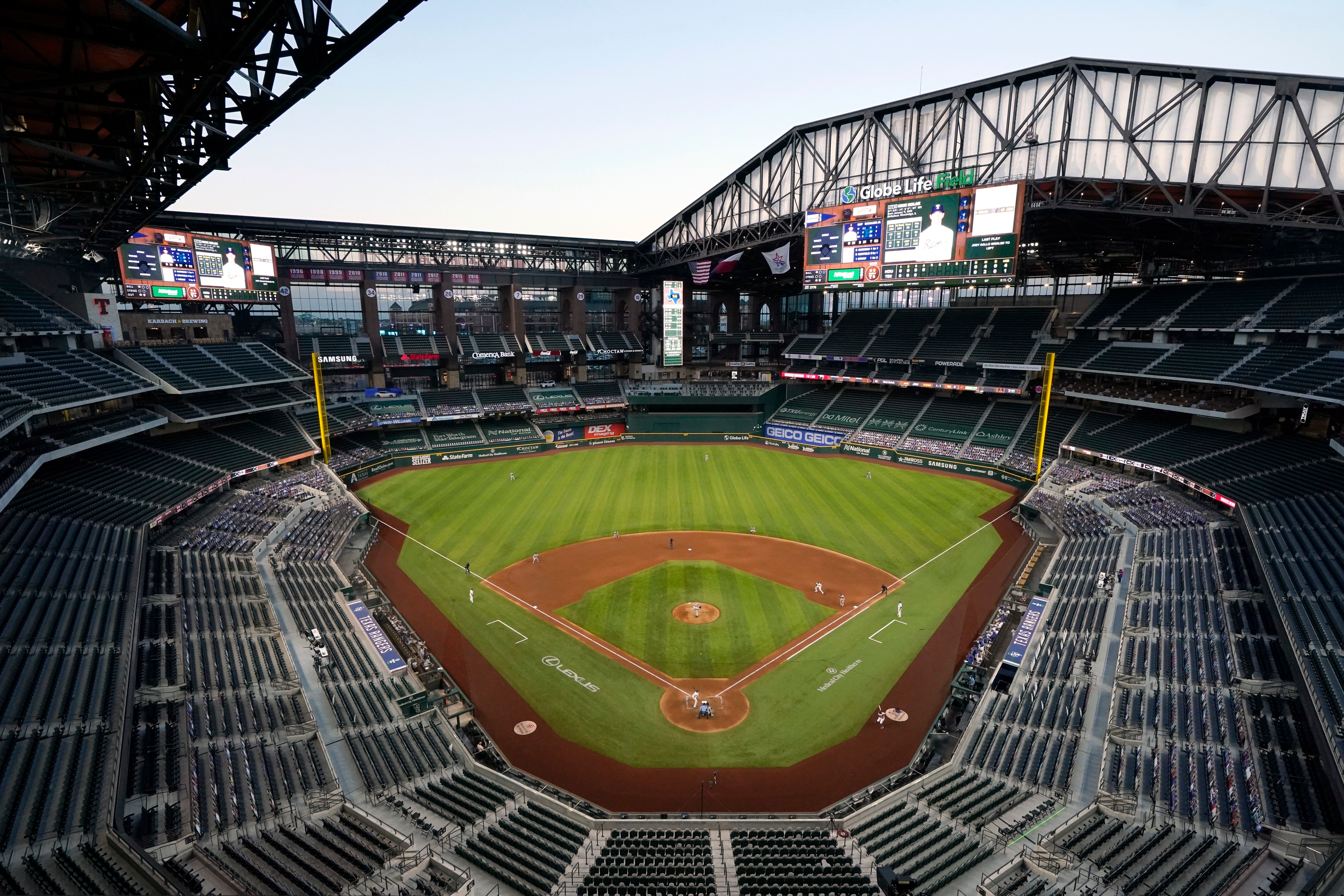 Fans can take themselves out to the ball game for the first time this season during the NL Championship Series and World Series at new Globe Life Field in Arlington, Texas.

Major League Baseball said Wednesday that about 11,500 tickets will be available for each game. That is about 28% of the 40,518-capacity, retractable-roof stadium of the Texas Rangers, which opened this year adjacent to old Globe Life Park, the team’s open-air home from 1994 through 2019.

Some of the seats will be included in presales for Texas Rangers season ticket holders on Friday and subscribers on Monday, and others are set aside for MLB and players.

Each pod will be distanced by at least 6 feet and a checkerboard pattern will be used, with alternating rows of seats in the middle or rows and at the ends. Unsold seats will be tied back.

No seats will be sold in the first six rows within 20 feet of the field, dugouts or bullpen. Fans will not be allowed to the lowest level, which is reserved for MLB’s tier one personnel, such as players and managers.

Masks are mandatory for fans except while they are eating or drinking at their ticketed seats. Concessions and parking will be cashless, and the team’s concessionaire, Delaware North, is planning wrapped items.

The NLCS is scheduled on seven straight days from Oct. 12-18 and the World Series from Oct. 20-28, with traditional off days between Games 2 and 3 and Games 5 and 6, if the Series goes that far. The Division Series, League Championship Series and World Series all will be being played at neutral sites because of the coronavirus .pandemic.

MLB played the entire regular season without fans and also the first round of the playoffs with no fans. For the first time since spring training was interrupted on March 12, club employees and player families were allowed to attend games this week.

While Texas is allowing up to 50% capacity at venues, MLB did not anticipate having government permission for fans to attend postseason games at Dodger Stadium in Los Angeles or Petco Park in San Diego, where AL playoff games are scheduled.

Globe Life Field has been the site of more than 50 graduations, but the Rangers played their home games in an empty ballpark.

The Rangers will recommend to MLB that the roof be kept open when possible, executive vice president of business operations Rob Matwick said, but the team understands it will be closed in the event of rain. Matwick said MLB made the decision not to sell seats for the Division Series.

Other than 1944, the only times the World Series was held at one site came in 1921 and 1922, when the New York Giants and Yankees both played home games at the Polo Grounds. Yankee Stadium opened in 1923.