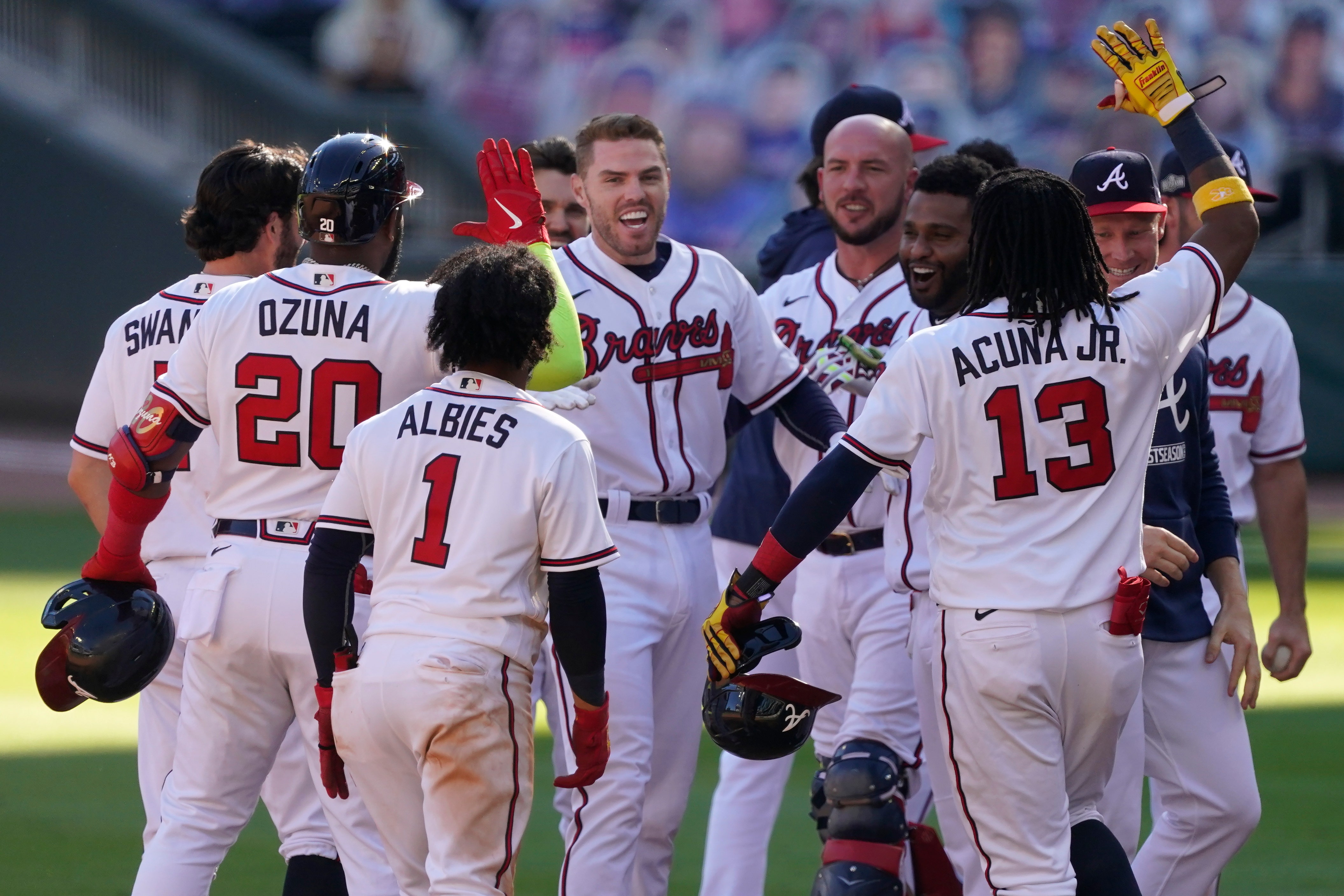 Freddie Freeman singled home the winning run in the 13th inning, finally ending the longest scoreless duel in postseason history as the Atlanta Braves defeated the Cincinnati Reds 1-0 in the opener of their NL wild-card series on Wednesday.

The East champion Braves won the first game of a postseason series for the first time since the 2001 NL Division Series and can wrap up the best-of-three series on Thursday. If they do, it will snap a record-tying streak of 10 straight playoff round losses.

What began as a pitching showdown between Cy Young contenders Trevor Bauer of the Reds and Atlanta’s Max Fried devolved into a strikeout contest.

The teams combined for a postseason record 37 strikeouts — 21 by the Braves. After a couple of hits in the 13th against Archie Bradley, Freeman drove one into center field off Amir Garrett with one out to end a game that dragged on for more than 4 1/2 hours.

A four-time All-Star, Freeman produced another big year in a pandemic-shortened season after a battle with COVID-19 in July so severe that he said he prayed: “Please don’t take me.”

A.J. Minter escaped a bases-loaded, one-out jam in the top of the 13th for the win.

The clubs combined to use 14 pitchers and it lasted so long that the lights came on at Truist Park in the 13th — for a game that began just after noon.

It was historic as the first postseason game to be scoreless after 11 innings, but hardly a masterpiece.

With the designated runner at second base no longer in play for postseason games, two teams that rely heavily on the long ball took turns just flailing away at the plate.

Mostly, all they stirred up was a stiff breeze.

Bauer certainly lived up to his billing as one of baseball’s best pitcher. The outspoken right-hander became the first pitcher in big league history to record 12 strikeouts with no walks, while allowing no runs and two or fewer hits in a postseason start.

Bauer was lifted after retiring the first two hitters in the eighth, doing the Braves chop on his way to the dugout. He allowed just one hit past the infield, setting a Cincinnati postseason record with 12 strikeouts. The previous mark was held by Homer Bailey, who fanned 10 against the San Francisco Giants in Game 3 of the 2012 NL Division Series.

The Braves’ only real threat against Bauer came in the sixth, when Ronald Acuña Jr. led off with a double to the wall in center.

Freeman moved the runner along by pulling a grounder to the second baseman, but Bauer retired NL home run and RBI king Marcell Ozuna on a foul popup just in front of the screen behind home plate. Travis d’Arnaud struck out swinging to end the inning.

Reds: Senzel appeared to jam his left shoulder diving back to first on a pickoff throw in the third. The trainer came out to check on him, but Senzel stayed in the game after spinning his arm in a windmill motion a few times.

Braves: There were injury concerns after Atlanta’s last series of the regular season, but everyone was good to go in the playoffs. Acuña (wrist) and Riley (quadriceps) both started in Game 1, while RH Chris Martin (groin) worked a scoreless eighth.

Braves: Rookie RH Ian Anderson (3-2, 1.95) gave a boost to Atlanta’s troubled rotation when he was called up from the alternate training site in late August. The 2016 first-round pick went at least 5 2/3 innings in four of his six starts.