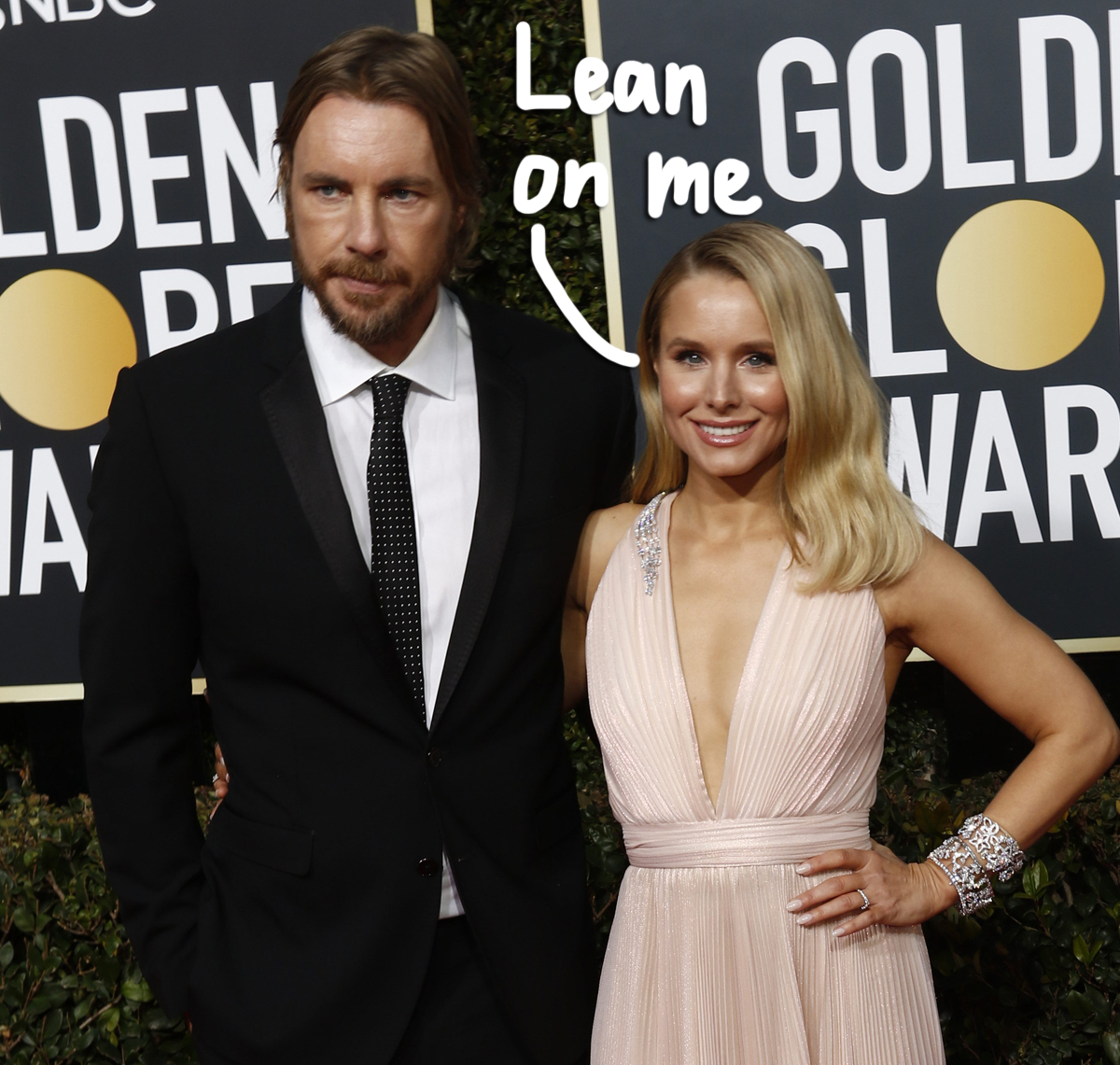 Kristen Bell is lifting up her husband Dax Shepard after his recent relapse admission!

As we reported, the Hit & Run star revealed on the latest episode of his Armchair Expert podcast that he had succumbed to opioid addiction after taking prescription painkillers for the past couple years, confessing that his recent celebration of 16 years of sobriety was a lie.

The actor was flooded with support from friends and fans after the episode aired, but no one is supporting Dax more than his wife, according to a source!

While Kristen has yet to speak out about the inspiring admission, an Us Weekly insider shared that the Veronica Mars star has been “beyond proud” of her hubby amid his recent hurdles, which he had kept her in the dark about for quite some time, telling the outlet:

“Dax chose to keep this a secret from Kristen because he felt so ashamed at the time and didn’t want to hurt her. They have such a strong marriage and have always been there for each other through thick and through thin.”

The source explained that the 45-year-old knew the news “would be devastating” to the Good Place alum, so he initially tried to deal with it himself, something Dax spoke about at length during his confessional episode. But thankfully Dax came clean to the mother of his children eventually, and she responded with nothing but warmth and empathy.

“Eventually, he couldn’t hide it from her any longer and he had to come clean. She was nothing but supportive and there’s no blame or anger on her side — just love, care and determination to get through this together. Her heart aches for Dax after what he went through with his dad, and she’s beyond proud of him for turning his life around whilst openly addressing his demons head-on.”

The Punk’d alum made the revelation during the Friday, September 25 episode of his podcast, during which he explained he was just seven days sober after multiple incidents — including the death of his father — led him to misuse painkillers, eventually descending to the level of purchasing Oxycontin outside the legal prescription route.

Since coming clean, the Ranch alum is said to be feeling “beyond grateful” to have his wife be a pillar of support. The source concluded:

“They’re both fully confident everything will be OK, but they’re taking nothing for granted. Dax knows there will be hurdles and difficulties ahead. Thankfully he’s a guy blessed with incredible courage, a strong sense of focus and his dream soulmate to count on 24/7. He’s working the steps and feels nothing but grateful — especially if he can be a voice to help others and ultimately save lives.”

Addiction is tough to overcome, but having the support of our loved ones makes such a never-ending battle a bit less daunting to take on. Props to Kristen for standing by her man!

If you are struggling with addiction, call the Substance Abuse and Medical Health Services Administration hotline at 1-800-662-4357 for confidential help 24/7.