Lakers’ LeBron James on time in Miami ahead of NBA final: ‘It was a perfect match for those four years’

Lakers’ LeBron James on time in Miami ahead of NBA final: ‘It was a perfect match for those four years’ 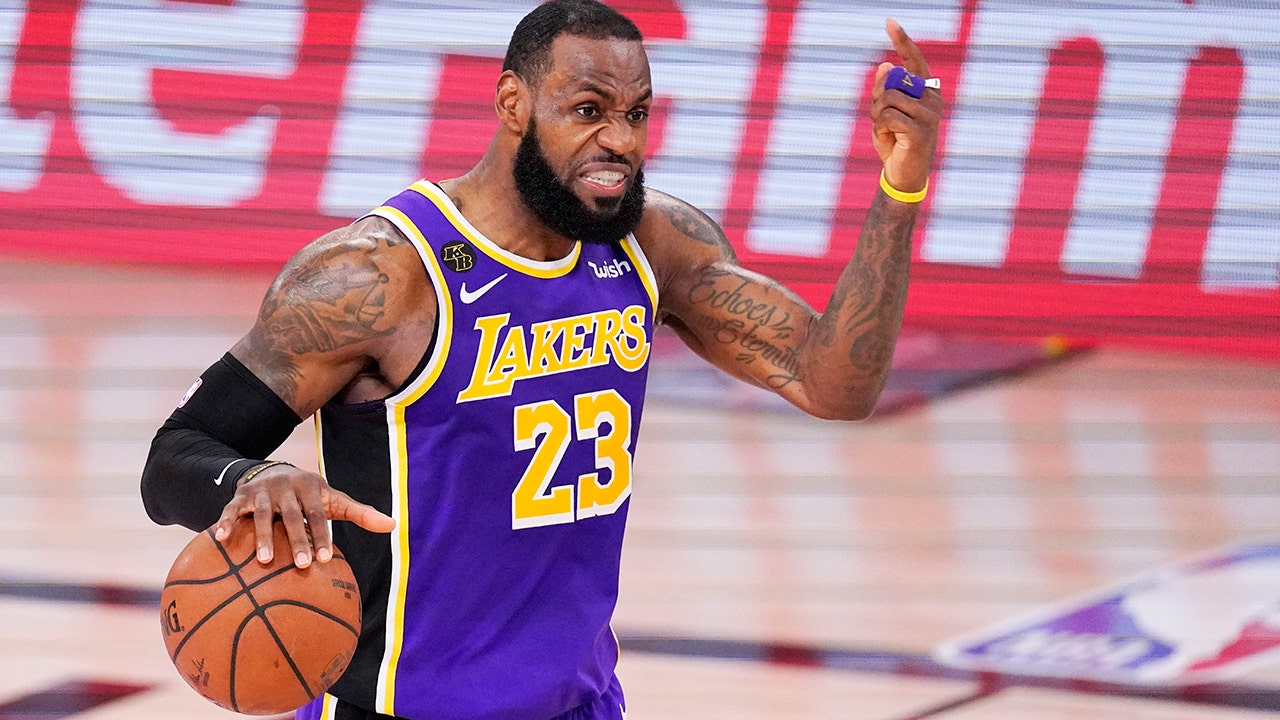 LeBron James will take on his former team Wednesday night when the Los Angeles Lakers and the Miami Heat meet in the NBA finals but on Tuesday he spoke fondly of his time in Miami, calling it the “perfect match.”

James was asked by reporters about his thoughts on coach Erik Spoelstra and Heat president Pat Riley and the NBA star had nothing but fond memories and praise.

James certainly learned what it took to win a championship while in Miami, earning two of his three rings while playing under Spoelstra.

“I’m not going to sit up here and act like I don’t know what Spo is all about, because he’s damned good, if not great,” James said.

The feeling is mutual for Spoelstra, who commended James on his consistent success in the playoffs.

“I just think it is a true testament to his greatness to be able to sustain this type of success year in, year out,” he said Tuesday. “Different uniforms, new players and new teams going after him. It’s a real testament to that commitment. He’s seen everything. At this point in his career, it’s just about winning. And his ability to do what he does at his age is incredibly uncommon. But there’s a lot of work that goes on behind the scenes to be able to maintain that.”

But don’t let the good sportsmanship distract you, James is focused on earning his fourth NBA championship title.

“I’m here for one reason and one reason only, and that’s to compete for a championship.”

This is James’ fifth appearance in the title round in the six seasons that followed his Heat tenure. It’s the first time Miami has been back since he left.