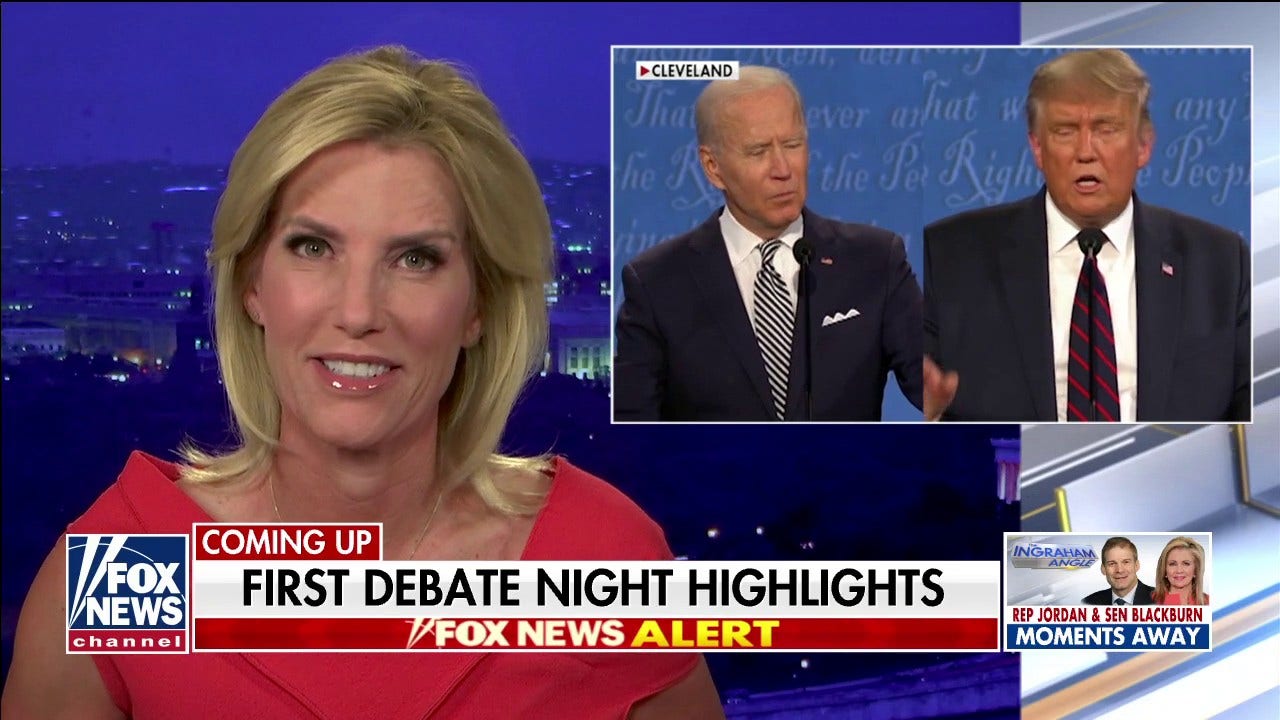 Typically, “The Ingraham Angle” host contended, modern general election debates have had low stakes and pitted candidates who are rarely very different from each other. For example, Ingraham stated, the four debates between Sen. John F. Kennedy and Vice President Richard Nixon during the 1960 campaign took place at a time of “peace and prosperity.”

In 1976, President Gerald Ford and Democrat Georgia Gov. Jimmy Carter shared the stage for three debates, the first since the famous Kennedy-Nixon showdowns sixteen years earlier, but according to Ingraham, “neither had very strong personalities or stage presence.”

After Ronald Reagan soundly out-debated Carter in 1980 and Sen. Walter Mondale four years later, “for over three decades, we had middle-of-the-road candidates who weren’t all that far apart on most of the issues,” the host said. “And under the circumstances, it’s not surprising that we grew accustomed to soporific debates.

Ingraham added: “We have monumental choices to make, and some folks are really going to lose a lot. Under the circumstances, the traditional model for presidential debates doesn’t work very well. That’s a model designed to tease out minor distinctions and quibble over small points. It’s not really designed to handle that type of dramatic disagreements that we saw tonight and in our politics today.

“But what we need now is a model that gives the candidates more time to explain their views and to lay out for voters what’s really at stake. Because like it or not, the voters have to choose — not us in the media, but you,” she continued.

“Now, this isn’t like 2000, when the stakes were just not not all that big. Losing this election will really hurt — and will hurt for a very long time. I think the more you let everyone have their say, even if they’re angry and upset, the better off we’ll all be.”