Liz Peek: First presidential debate leaves no clear winner, Trump needs to do this at next faceoff

Liz Peek: First presidential debate leaves no clear winner, Trump needs to do this at next faceoff 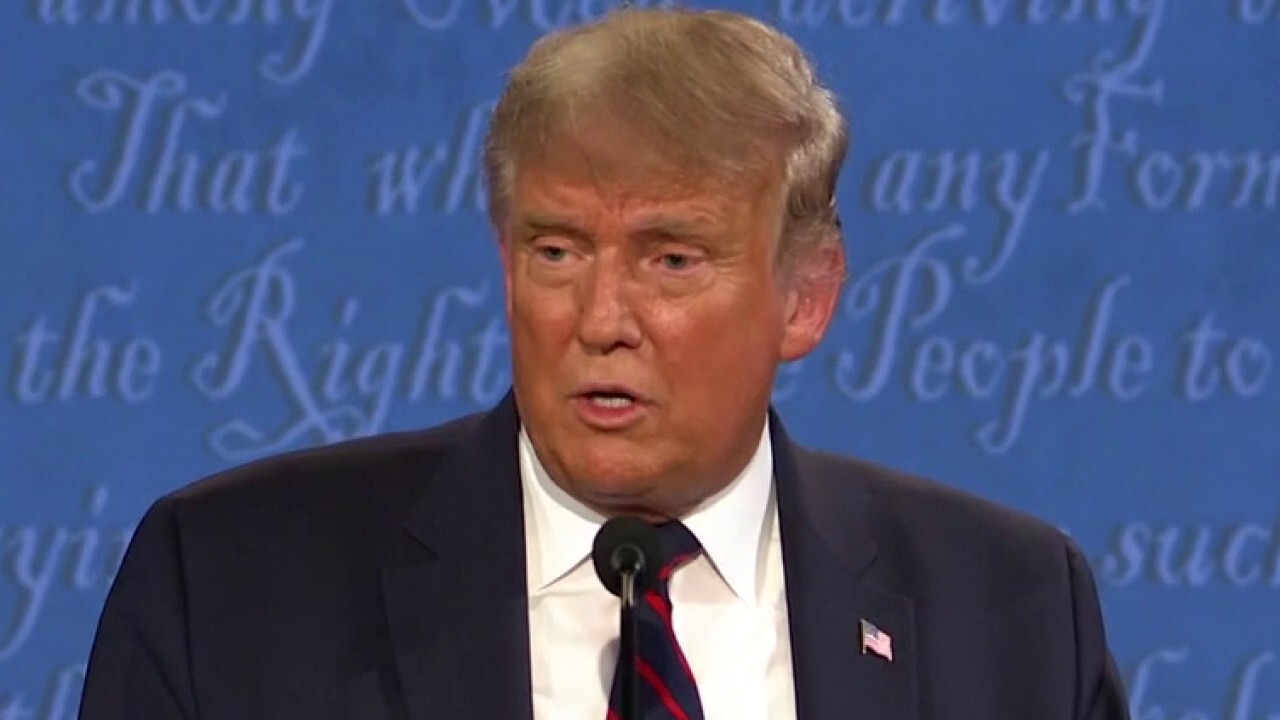 After months of anticipation, President Trump and Democrat Joe Biden met in the first of three presidential debates. An astonishing 74% of voters were expected to tune in. It was just possibly the most consequential debate of the most important election in the history of the country.

Fox News’ Chris Wallace, the moderator for the event, gamely tried to restore order any number of times, to no avail.

As a Trump supporter, my take was that the president had prepared little for the encounter, and was ill-served by that act of overconfidence. He has a great story to tell but did not have the sound bites prepared to tell it. While in rallies he can ad-lib and tell stories that illustrate his points, there is no time for such wanderings in a tightly timed debate.

For instance, when asked why voters should trust him to repair our racial divide, Trump should have listed the numerous measures adopted by his administration that have benefitted African Americans, such as passing criminal justice reform, establishing permanent funding for the Historically Black Colleges and Universities, and creating a hot jobs market that drove Black unemployment to record lows.

He could have also talked about his efforts to increase school choice, which most Black families favor, or noted that his support of cops is especially important to minority neighborhoods, which have borne the brunt of this summer’s riots.

Instead, President Trump turned the issue around, reminding voters that Biden co-authored the 1994 crime bill, and at the time referred to some young Black felons as “super-predators.”

It was a good point, but he failed to elaborate on the damage done by that bill, or the alternative path suggested by his own endorsement of Opportunity Zones.

Biden, on the other hand, had the usual tired grab-bag of liberal talking points but came better prepared. He had many rehearsed remarks and spoke directly to the camera in order to emphasize his engagement with the American people. It was an effective device.

Biden had several garbled moments, but those looking for a major meltdown were disappointed. Trump inadvertently helped Biden out by often cutting into his remarks just as the former V.P. started to flounder. At that moment, silence would have been golden.

Biden even managed to appear quite forceful, at one stage pronouncing “I am the Democratic Party right now,” and reminding voters “I beat Bernie Sanders.” Maybe not the most politic statement from a candidate who desperately needs the progressive wing of his party to show up on Election Day, but doubtless reassuring to those worried about Biden’s age.

Still, he couldn’t match the hurricane force of President Trump.

The headlines will not concern weighty policy matters. Both candidates spent more time deflecting either others’ jabs than articulating new positions. Both relied on talking points they have practiced on the campaign trail, which was disappointing. Voters deserve better.

An exception was Biden’s refusal, once again, to say whether or not he would, if elected, support eliminating the filibuster and packing the Supreme Court. This should make news and should also alarm voters.

Biden also declared the United States a systemically racist country. His proposed solution to that problem was to gather representatives from all groups, including Black Lives Matter and law enforcement, to the White House to discuss a better path forward.

That was about as substantive as Biden’s policy prescriptions went.

Mostly, Biden talked about how badly Trump has managed COVID-19, reiterating the central theme of his campaign. When asked how he would reinvigorate the economy, he said his efforts would begin with fixing the pandemic. How exactly he might do that was unclear.

Indeed, everything came back to the coronavirus. Biden, knowing better, intimated once again that Trump was to blame for the poor economy (saying, for instance, he might be the only president in history to have lost jobs during his years in office – neglecting Herbert Hoover) and in the next breath argued that the president had done nothing to fight the disease. Both cannot be true.

In fact, the president, following the advice of the experts, shut down a rocking economy to combat COVID-19, rightly or wrongly. It was a courageous but necessary act on his part, driven by the horrific scenes of Italian hospitals being overwhelmed and people dying in the streets.

If he loses, that decision to shut down businesses and schools to “bend the curve” will have cost him the election.

Before the next debate, I propose the president take more time to prep. He has accomplished a great deal in the first three and a half years in the Oval Office; voters need to hear that.