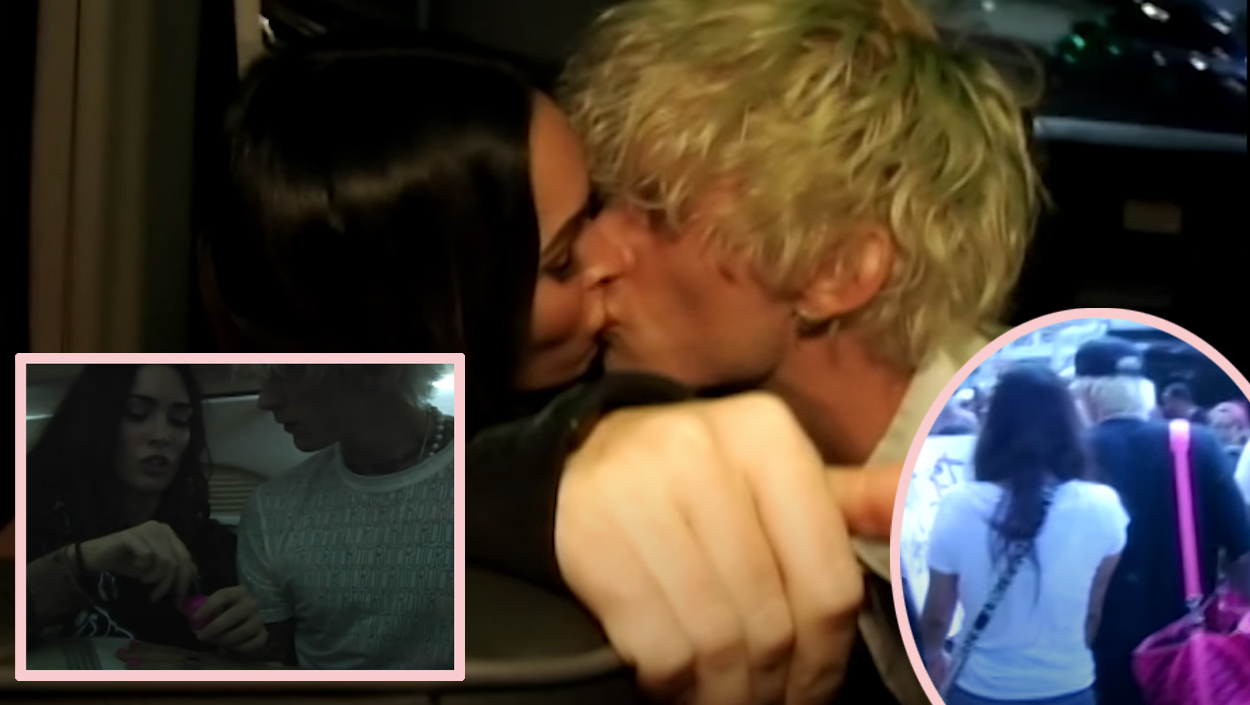 Megan Fox is starring in yet another Machine Gun Kelly music video!

As you’ll recall, the couple went public with their whirlwind relationship over the summer after the momma of three appeared in the Bloody Valentine music video, which prompted some MAJOR speculation that they were more than just movie co-stars.

But now that things are out in the open, they can freely kiss and cuddle without any worries, regardless of what Brian Austin Green might think!

Related: Megan And MGK’s Movie Shut Down After 2 People Test Positive For COVID-19

However, the drunk face vid is a bit different from his last! Featuring grainy, candid footage of the rapper in the days leading up to the release of his album Tickets to my Downfall, you’ll see the new couple making their way through a crowd of fans and photogs, sharing a passionate kiss, and the Jennifer’s Body star giving her man a pink manicure while onboard a plane.

Give the clip a watch (below):

“After I made the big chunk of the album, I did fall in love for the first time.”

And when asked by the host if it was in fact love at first sight for the two of them, the artist confirmed (below):

“I didn’t know what that was until me and her made eye contact. That’s when I was like, ‘Whoa.’ It was my first experience with being open to love and stuff like that. I definitely wasn’t set up to believe that that’s something that could ever exist.”

However, there has been one downside to their new love: constant media attention. He added:

“My house isn’t gated, you know? So that’s the one problem. Everyone knows where my house is, so it’s like this odd moment, where I was kinda living my life super normal and the next day, there were paparazzi outside my house every day.”

What do U think of MGK’s new song and video, y’all?! Let us know your take (below) in the comments!