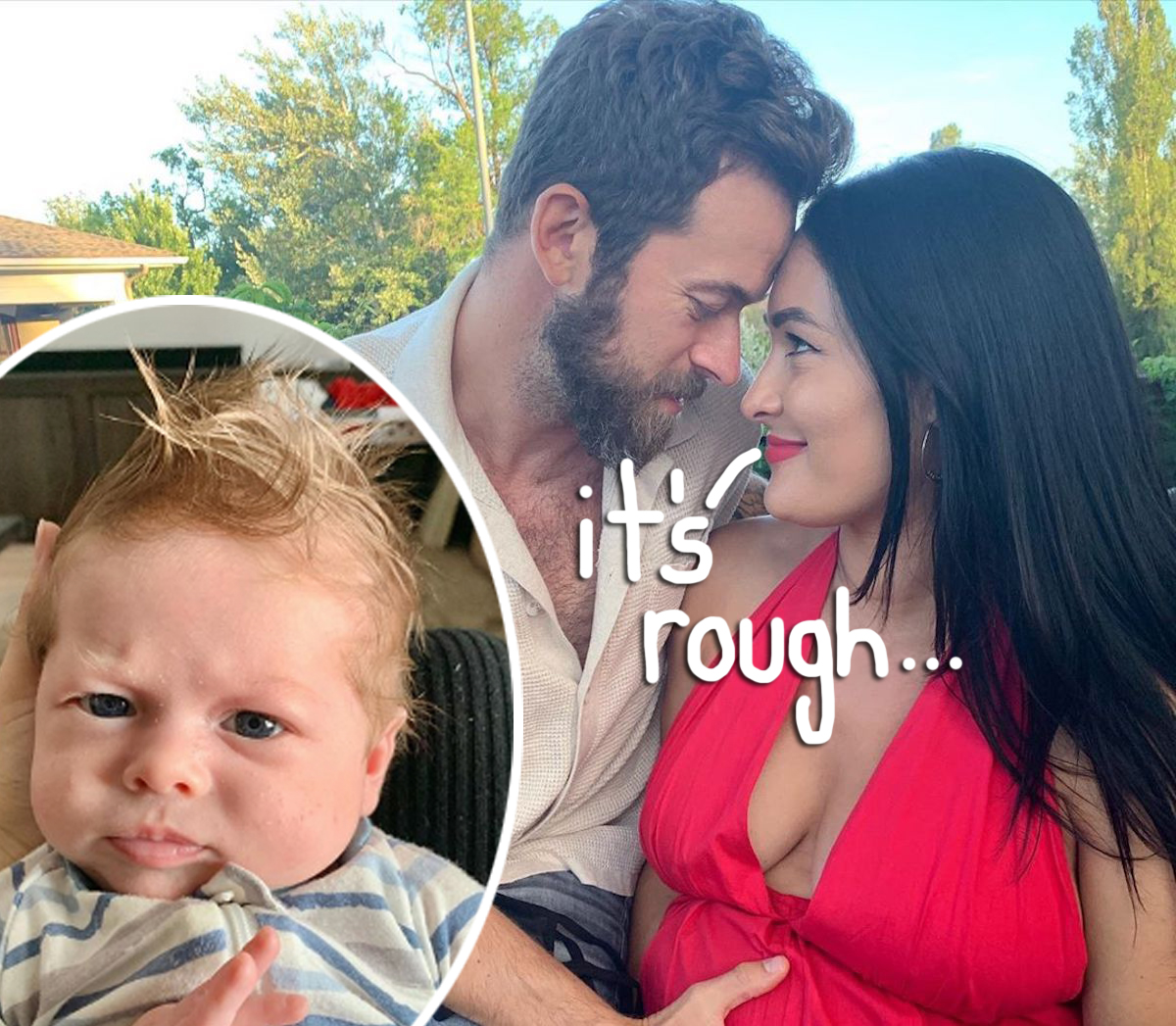 Bringing life into the world doesn’t come without some bumps in the road.

Nikki Bella is unfortunately finding that out as she revealed more about her struggle with postpartum depression, while fiancé Artem Chigvintsev shoots Dancing with the Stars.

During Wednesday’s new episode of the Total Bellas Podcast, the new momma explained about feeling “super depressed” following the birth of their son Matteo:

“I’ve always prided myself that I can fight a lot of things mentally. I’m very strong in that way. Postpartum has knocked me on my ass. This is something that is way different.”

But between caring for the newborn and filming Total Bellas, it became too much, and she had a “massive” breakdown after she “refused to ask for help.” The former pro wrestler recalled:

“I think [my twin sister], Brie [Bella], was the first person who’s asked me in weeks: ‘How are you doing?’ I was about to say, ‘Fine,’ and my lips started shaking and I burst into alligator tears. Like, I broke down. Because that was the first time someone asked me in a while how I was doing, and I wasn’t doing OK.”

Following a “deep conversation” with her doctor, Miz Bella came to the realization she was “starting to fall into a postpartum depression,” saying:

“I didn’t realize at week seven, you kind of come out of your baby blues and … go two different paths. You go the path of being healthy or you go down the path of being depressed, and that depression path can be a really dark, deep hole. I was starting to feel invisible. … It just started to build up. Being alone with Matteo and just feeling lonely and not loved and invisible.”

When Artem was able to come home from filming the ABC series, he focused mainly on their son. But when Nikki was honest with her fiancé, he wished she’d been open about this “sooner,” the WWEDiva told to her sister:

Luckily, she has Brie to rely on, who has “been there” as a momma of two:

“I had a little bit of postpartum depression. When I looked at you, it’s more than just being sleep-deprived. She’s lonely. She’s doing a lot of this on her own. … Being parents was never supposed to be this lonely.”

Nikki noted she and Artem are working on deepening their love languages, so let’s hope that along with the support of her doctor and sister will help turn things around.

We’ll be thinking of her!