Ohio Dem backs Trump after history of feuds with her party

Ohio Dem backs Trump after history of feuds with her party 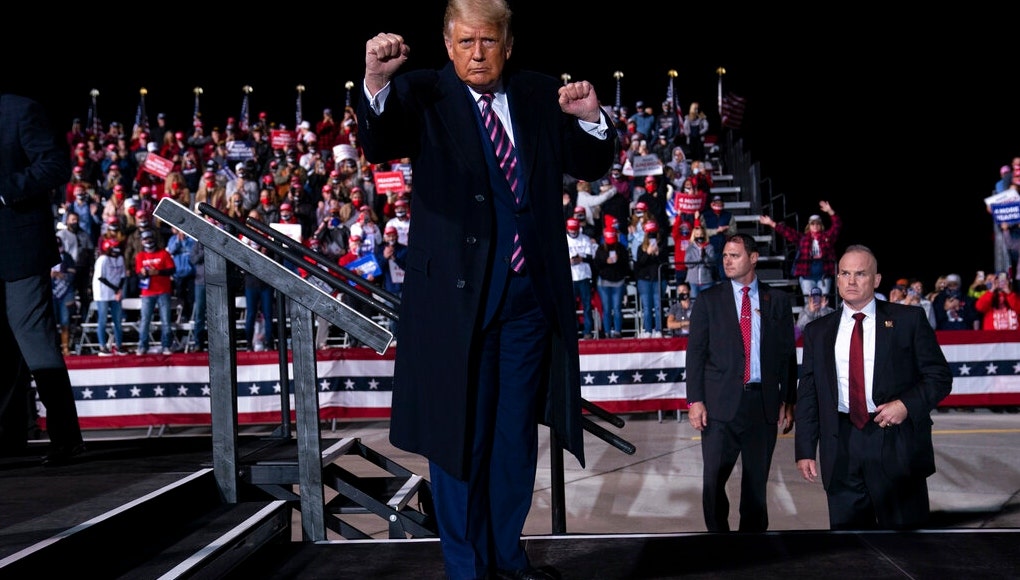 The endorsement comes after a history of feuding with Ohio Democrats, according to The Cincinnati Enquirer.

“Not only am I Black, I am a proud American and delighted to endorse President Trump for re-election,” Kennedy Kent, who represents Ohio’s 25th District, wrote in her endorsement posted to the president’s 2020 campaign website. “Furthermore, I am honored to share with people my intent to vote for him and spread the word on the value of his leadership and his dedication to the American people.”

She also said that despite her feelings toward the Democratic Party, her “values” align more with Trump’s than with “Joe Biden’s divisive rhetoric, promotion of mass incarceration, and disrespectful, insensitive ideologies that substantiates his infamous comment ‘…if you’re still deciding between me and Trump, then you ain’t Black…’ during an interview on a popular African American radio program earlier this year.”

Kennedy Kent said in a separate press release that her husband, also “a lifelong Democrat,” is also supporting Trump’s reelection.

“Under President Trump’s leadership, Black Americans have experienced record unemployment and the poverty rate among the Black community has fallen to its lowest level in U.S. history,” she wrote in the release. She praised Trump’s “willingness to listen to” Sen. Tim Scott, R-S.C., “and the concerns of invested citizens from diverse communities in economic distress.

DEMOCRATIC REP. VERNON JONES ON ENDORSING TRUMP: ‘I PUT MY COUNTRY BEFORE MY PARTY’

Kennedy Kent served two years before being voted out of state’s House Democratic Caucus in June 2018 after sending a letter on official Ohio Legislative Black Caucus letterhead without permission and has not returned to the Statehouse since May 2019, when she was blocked from entering a room, The Enquirer reported.

House Democrats also accused the state congresswoman of forging electronic signatures in June 2018, according to The Colombus Dispatch.

“She basically hasn’t been involved with the party or her Statehouse job for a long time,” Ohio Democratic Party Chairman David Pepper told the outlet. “This is the first I’ve heard of her in a while. Obviously, she checked out of her public position a long time ago.”

Kennedy Kent, who is not seeking reelection in 2020, blamed House Democrats’ “muddied mistreatment and unlawful action” as the reason why she left the party.

“Following my traumatic experience on May [22] caught on Statehouse security video, my husband proclaimed his intent to vote for President Trump and walked away from the Democrat Party,” she wrote in her release, referencing the date she was barred from re-entering the House Democratic Caucus.

Kennedy Kent has not attended meetings or voted on legislation since but told the Columbus Dispatch in July that she has been working on issues affecting her constituents, such as unemployment and coronavirus relief, from home.

After the May 22 incident, “as well as other negative experiences” Kennedy Kent said she experienced as a state lawmaker, she and others” came to the conclusion that the Democrat Party does not have the people’s best interest in mind.”