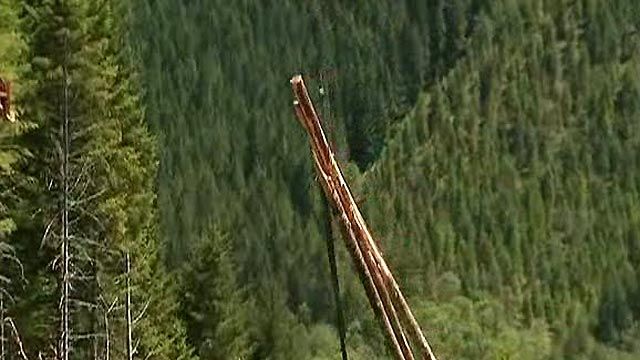 A teenager has admitted helping to push a log off a cliff that struck and killed a married mother of four who was taking photographs at an Ohio state park.

Under terms of a plea agreement, prosecutors dropped murder and reckless homicide charges against him.

Buckley apologized for his insensitive behavior.

“I understand that my actions that day has caused your family’s life to change,” he said in court. “I know that no words that I can speak can bring back your beloved wife, daughter and sister.”

He said her death has made him aware and humble.

“My hope, from all of this, is to use this trauma to learn and live the rest of my life in a way that will honor Ms. Schafer’s. I would like to use this experience to prevent others from making a similar mistake. … There will not be a day for the rest of my life that I will not think of this tragedy,” Buckley added in a video obtained by Inside Edition. “I hope that someday you will find it in your heart to forgive me.”

Schafer was taking photos at the foot of the stairs at Old Man’s Cave in Hocking Hills State Park on Sept. 2, 2019, when Buckley and Jaden Churchheus, 17, pushed the log, which weighed 74 pounds, off a cliff at the top of the stairs, the Ohio Department of Natural Resources has said.

A judge has recommended that both teens serve a minimum of three years in a juvenile detention facility when they are sentenced later this year.