Trump accuses Biden of being weak on crime: ‘We believe in law and order and you don’t’

Trump accuses Biden of being weak on crime: ‘We believe in law and order and you don’t’ 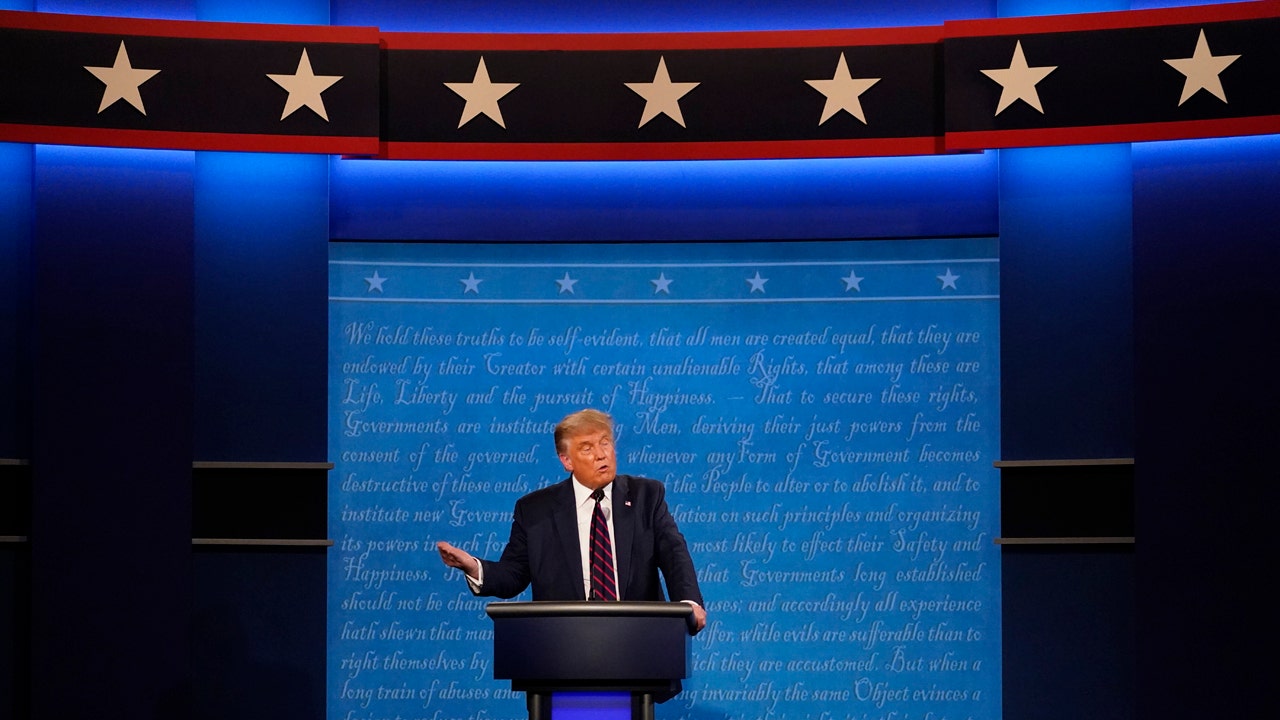 President Trump portrayed Democratic presidential nominee Joe Biden as weak on the crime during the first presidential debate Tuesday night, accusing the former vice president of not believing in law and order.

“You can’t even say the word law enforcement, because if you say those words, you’re going to lose all of your radical left supporters,” Trump said during the debate, hosted by Case Western Reserve University and The Cleveland Clinic. “And why aren’t you saying those words, Joe?”

Trump tried to tie Biden to unrest in American cities that began earlier this summer following the death of George Floyd, a Black man, while in custody of a Minneapolis police officer and to the “defund the police” movement — a push to reallocate funds from police departments toward other government programs intended to reduce crime and expand social welfare.

NO HANDSHAKES BETWEEN BIDEN AND TRUMP AT DEBATE

“He’s talking about defunding the police,” Trump said. “He doesn’t have any law support. He has no law enforcement support.”

However, a group of more than 175 current and former law enforcement officials endorsed Biden at the beginning of September, calling Trump “lawless.”

Trump continued: ‘We believe in law and order. But you don’t. The top 10 cities…are run by Democrats, and [in] many cases, the radical left. And they’ve got you wrapped around your finger, Joe.”

Biden has repeatedly distanced himself from defunding the police and has instead called for reforms to law enforcement, like giving additional funding for community policing. He pushed back against Trump’s criticisms.

“Yes, I’m in favor of law and order,” he said. “Law and order with justice, where people get treated fairly.”

In one exchange on rioting in U.S. cities, Biden was asked by the debate moderator, “Fox News Sunday” anchor Chris Wallace, if he had called the Democratic governor of Oregon or the mayor of Portland to urge them to stop the violence by bringing in the national guard.

“I don’t hold public office now,” Biden said. “I am a former vice president. I’ve made it clear in my statements that the violence should be prosecuted.”