Trump in Minnesota, Biden in Ohio and Pennsylvania: The 2020 campaign trail

Trump in Minnesota, Biden in Ohio and Pennsylvania: The 2020 campaign trail 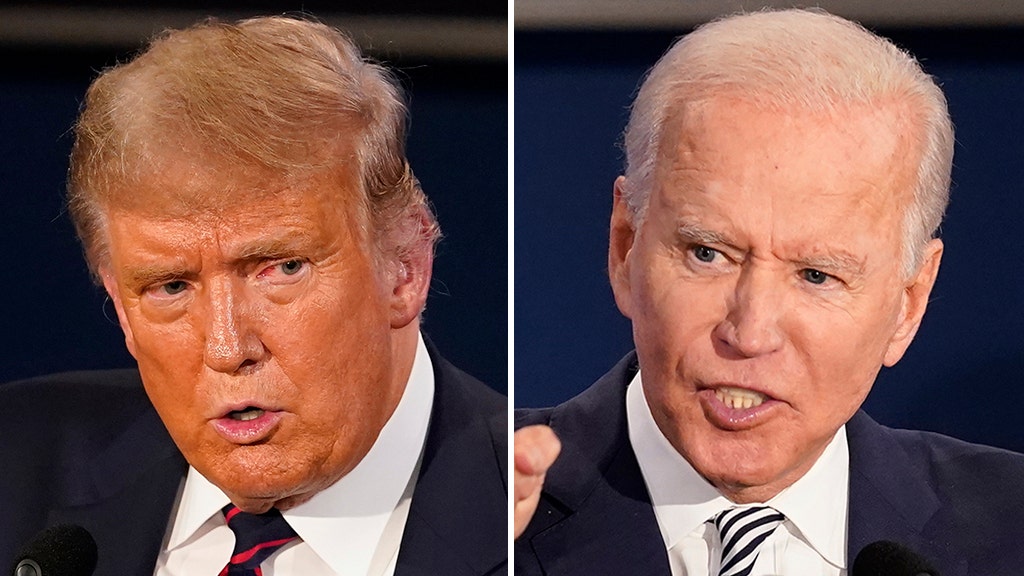 With Election Day just 34 days away and the first presidential debate over, President Trump and Democratic presidential nominee Joe Biden have entered the final leg of the 2020 campaign.

Following Tuesday night’s raucous and fiery debate in Cleveland — Biden lambasted Trump as a “clown,” while Trump heckled the former vice president over his ties to democratic socialists and lack of support among law enforcement  — the candidates will travel to 2020 battleground states to continue to appeal to voters.

The 90-minute debate marked the first meeting between Trump and Biden in months, but within moments of beginning, the showdown descended into chaos as the two sparred over the coronavirus pandemic, health care, the economy, racism, law and order and other issues.

“Will you shut up, man?” the Democratic nominee snapped at Trump at one point, adding: “Keep yapping, man.”

Trump, who’s seeking a second term in the White House, fired back: “The people understand, Joe. Forty-seven years, you’ve done nothing. They understand.”

Here’s where the candidates will be traveling­­ and how they’ll be spending their time on Wednesday, Sept. 30, 2020.

BIDEN PUSHES BACK AGAINST TIES TO BERNIE SANDERS DURING FIRST DEBATE: ‘I AM THE DEMOCRATIC PARTY’

Trump is slated to travel to Minnesota on Wednesday evening for a Make America Great Again rally in Duluth, about three hours north of Minneapolis.

It’s the third time the president has visited Minnesota since March, and his second in two weeks.

The rally is scheduled to begin at 8 p.m.

Although it’s been a solidly blue state for most of the past five decades, Minnesota has emerged as a battleground in the 2020 election. In 2016, Hillary Clinton won the state by just 44,593 more votes than Trump.

The former vice president and his wife, Jill Biden, are embarking on a train tour across parts of Ohio and Pennsylvania named the “Build Back Better Express.”

The Bidens will begin the tour in Cleveland and make a stop in Alliance, Ohio. In the afternoon, they will make stops in Pittsburgh and Greensburg, Pa.

Biden will hold a campaign event in New Alexandria, Pa., while his wife meets with small business owners and community leaders in Greensburg.

BIDEN, TRUMP SPAR OVER COVID DEATH COUNTS: ‘YOU WOULD HAVE LOST FAR MORE’

Pence is traveling to Atlanta on Wednesday and is scheduled to speak at a faith and freedom conference in the afternoon. Other speakers include Sens. David Perdue, R-Ga., and Kelly Loeffler, R-Ga.

The Biden campaign has not yet released a schedule for the California senator.