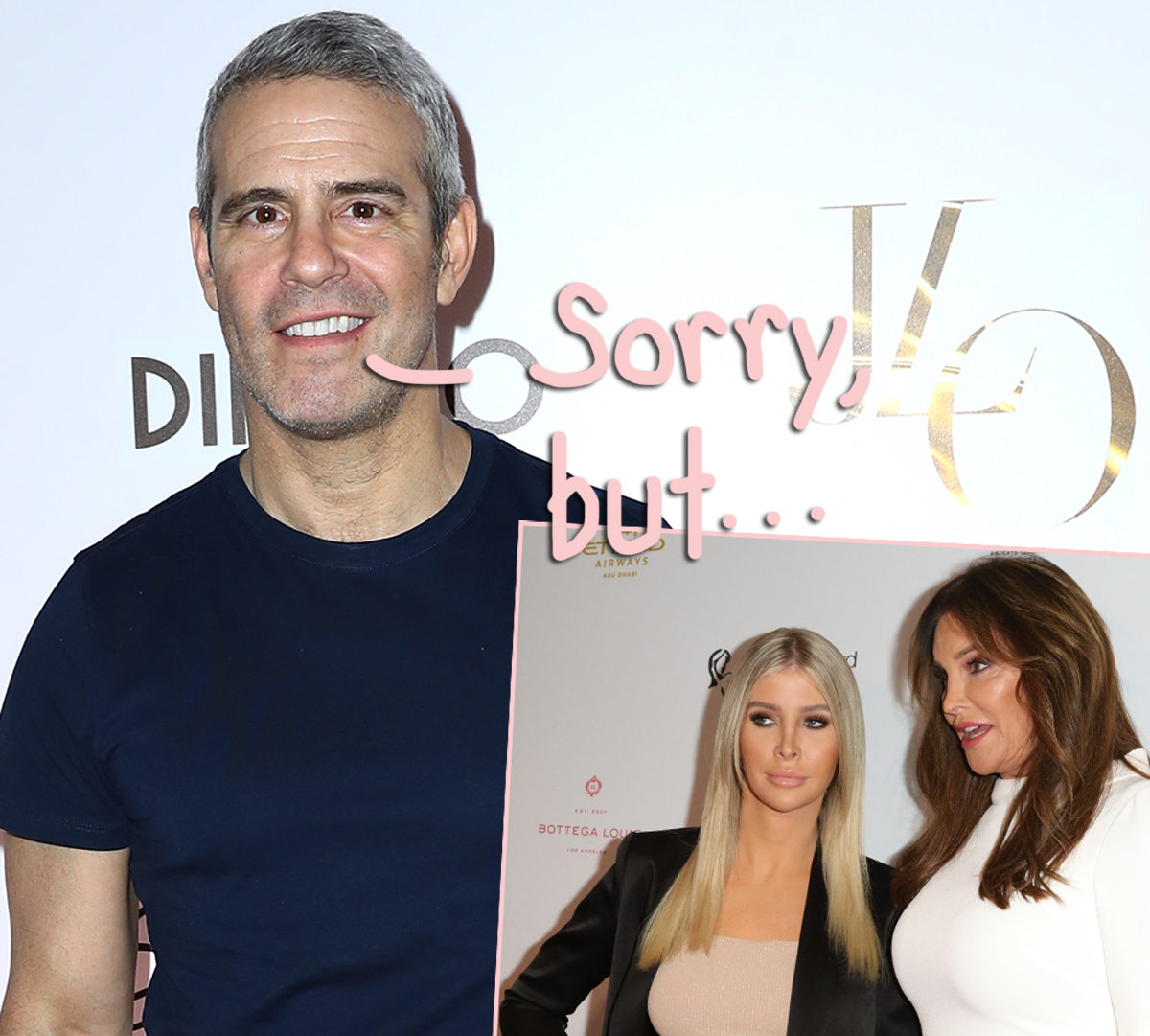 Soooo… it’s going to be a no from Andy Cohen, then?!

As you may recall, over this past weekend we reported Caitlyn Jenner and longtime gal pal Sophia Hutchins were angling for a shot at joining the cast of the Real Housewives of Beverly Hills. Well, now it appears we’ve gotten a definitive answer on that, and it ain’t good — at least, not for fans who were hoping the opinionated Jenner could stir s**t on the show!

The storied Bravo exec was doing his Radio Andy show on SiriusXM on Wednesday when the topic of the pair popped up. As he’s quick to do most of the time, Andy opted to address the reporting head-on and refute the idea that the BFFs were jumping aboard in Denise Richards‘ and Teddi Mellencamp Arroyave‘s places.

“This [the Caitlyn-Sophia rumor] is one of those where the call is coming from inside the house people, as they say. I know that they have expressed their interest publicly. On social media they’ve tagged me in posts saying we think this is a great idea, but, um, it is not, we’ve never talked to them formally and that is only… That, that, that rumor is not true.”

“The thing about it is Kris was, Kris is good friends with Kyle [Richards], like, they are legitimately really good friends. Um, and so, yeah, I know. I just don’t see it.”

Honestly, we don’t see it either, now knowing that little tidbit about Kris and Kyle! Anyway, ch-ch-check out Andy’s full comments about the whole ordeal (below):

Sound OFF about everything RHOBH-related down in the comments (below)!!!