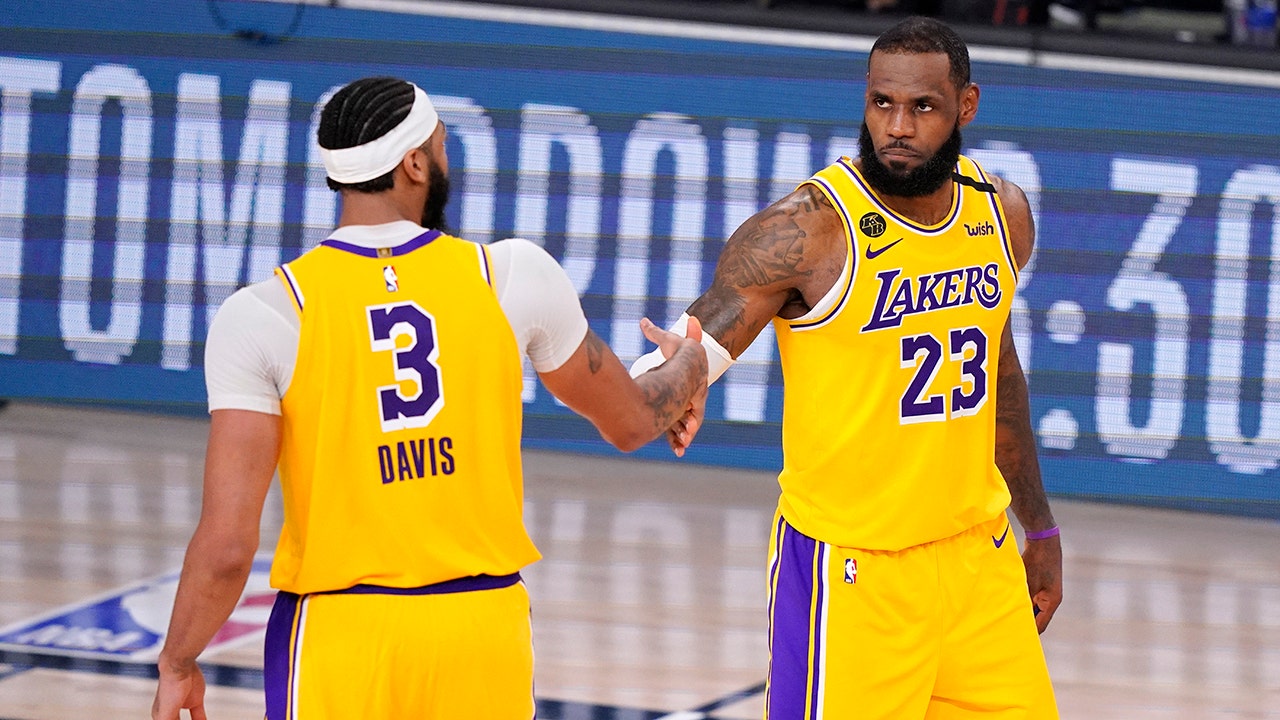 Superstar Anthony Davis said that he would like to stay with the Los Angeles Lakers and teammate LeBron James for the foreseeable future with the intention of making several NBA Finals in the coming years.

During a media session on Tuesday prior to his NBA Finals debut, Davis explained exactly what it was that he wanted.

LAKERS’ LEBRON JAMES ON TIME IN MIAMI AHEAD OF NBA FINAL: ‘IT WAS A PERFECT MATCH FOR THOSE FOUR YEARS’

“You see the work and preparation LeBron puts in every day, and you understand why this is his 10th NBA Finals appearance. He never stops. I plan to follow this motherf—er to hopefully nine more Finals,” Davis told Yahoo Sports. “We’re all ready to go.”

“I knew what I wanted,” Davis continued. “I wanted what he had,” pointing to James, a four-time champion who was shooting before practice began on Tuesday.

As a member of the New Orleans Pelicans, Davis made the playoffs several times, but never made it past the second round. However, with James and the Lakers, he believes things are going to be different.

“I don’t want to have long gaps in between Finals,” Davis told the website. “You look at [Rajon Rondo], he’s 10 years removed from his last Finals, and Dwight [Howard] is 11 years out. I don’t want that to happen to me. I want to be here. I came to Los Angeles to contend for championships and I’ve put in the work to do so.”