Bears’ Matt Nagy on Titans’ coronavirus outbreak: ‘It’s really not that hard to put a mask on’

Bears’ Matt Nagy on Titans’ coronavirus outbreak: ‘It’s really not that hard to put a mask on’ 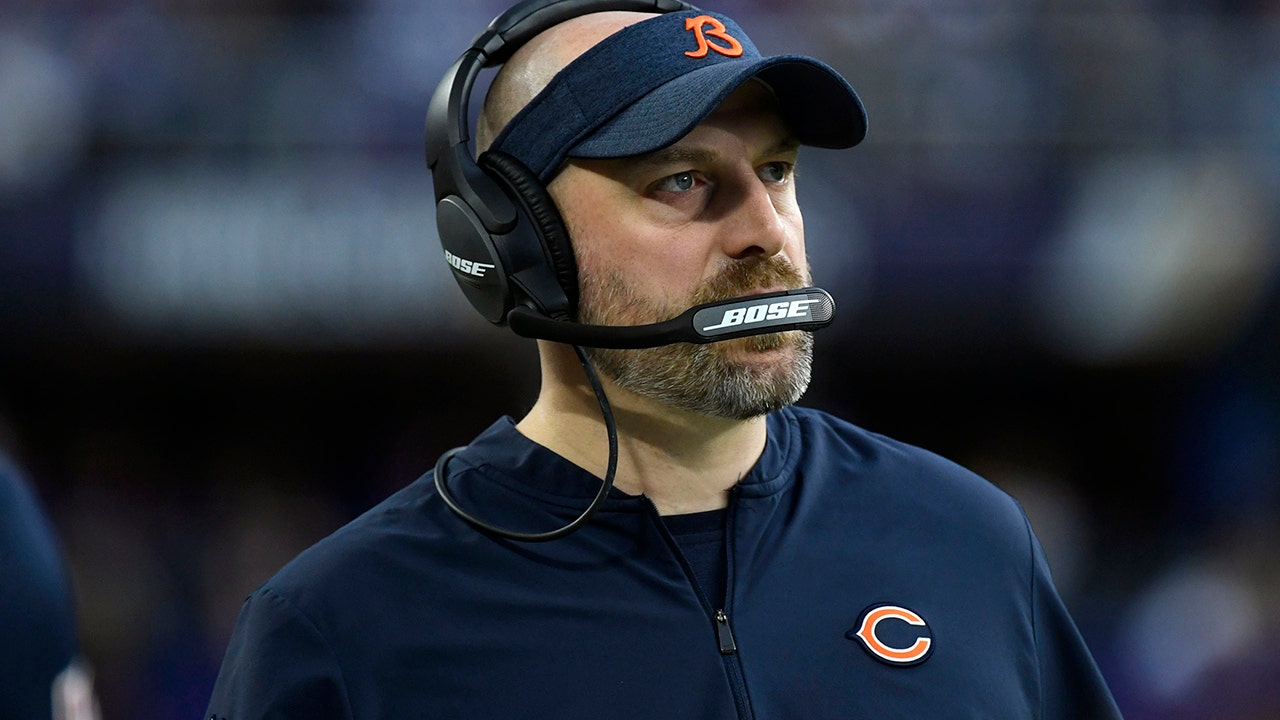 Chicago Bears head coach Matt Nagy says every NFL team needs to cooperate with the league’s coronavirus safety protocols, especially after at least 11 members of the Tennessee Titans organization had tested positive for the virus marking the first outbreak the NFL has had to deal with.

Due to the outbreak, the Titans’ game against the Pittsburgh Steelers game set for Week 4 was postponed to a later date.

“I think it just reiterates the importance of all of us always having the masks on,” Nagy told reporters, according to ESPN. “When you really think about it, it’s really not that hard to put a mask on. Just wear your mask and wear it all the time. It’s not hard.”

The league’s announcement to postpone the game came as an additional Titans player and personnel member tested positive for the coronavirus on Thursday.

“The Pittsburgh-Tennessee game scheduled for Week 4 will be rescheduled to later this season after one additional Titans player and one personnel member tested positive for COVID-19 today. An announcement of the new game date will be made shortly,” the league said Thursday. “The decision to postpone the game was made to ensure the health and safety of players, coaches, and game day personnel. The Titans facility will remain closed and the team will continue to have no in-person activities until further notice.”

The game was originally set for 1 p.m. ET on Sunday but was rumored to be moved to either Monday or Tuesday. The outbreak came after the Titans played the Minnesota Vikings.

VIKINGS BACK AT PRACTICE AFTER PRECAUTIONARY VIRUS PAUSE

The Vikings have yet to have anyone test positive for the illness.

The outbreak prompted Commissioner Roger Goodell to send a memo to teams on Tuesday urging them to follow the protocols set up by the league and the players union.

“This is not unexpected; as Dr. Sills and others have emphasized, there will be players and staff who will test positive during the season,” Goodell wrote in the memo obtained by The Associated Press, referencing the NFL’s chief medical officer, Dr. Allen Sills.

“We are exploring in more detail the nature of the close contacts to determine where they occurred (locker room, flights, etc.), and identify any additional learnings that can be shared with all clubs.”

Goodell asked teams to look at what they’ve done to limit contact, especially when traveling and within position groups, and to review how they bring in players for tryouts. He noted the test results affirm the need to follow health and safety protocols “to the fullest extent.”