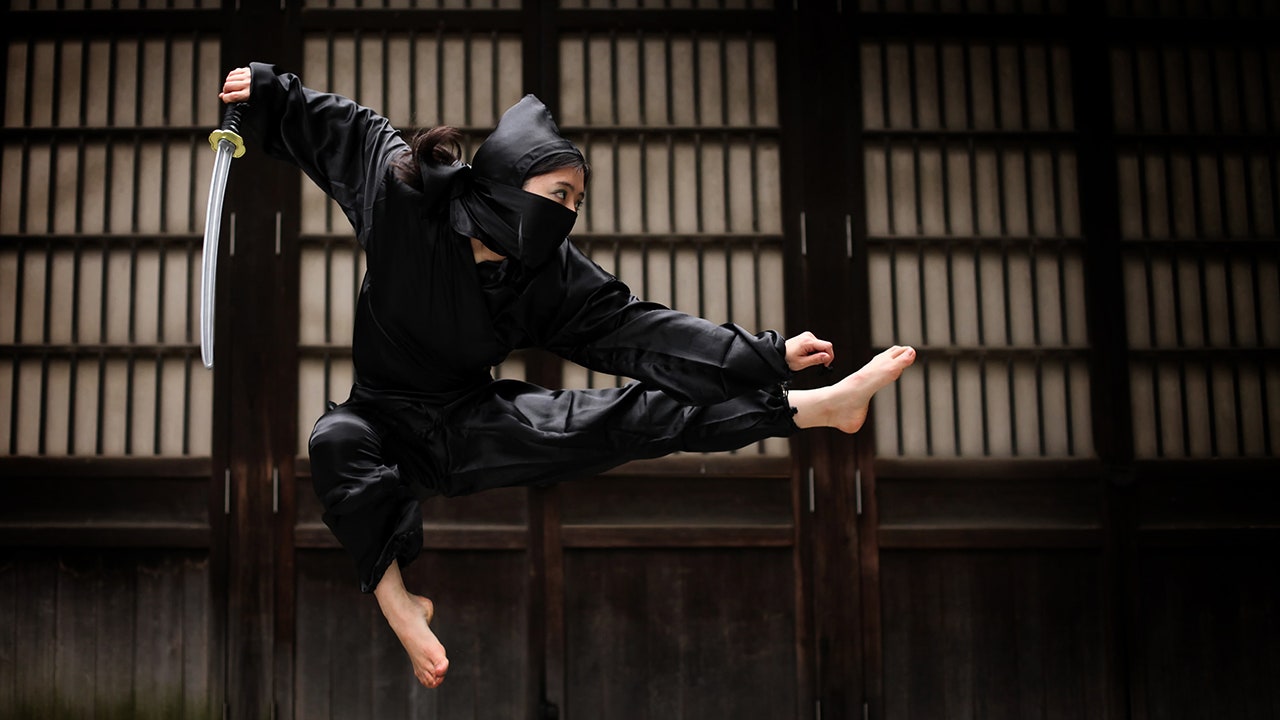 A California woman who says she trained in jujitsu for decades while listening to “Eye of the Tiger,” took down a home intruder and protected her elderly neighbors at a senior apartment complex in Fontana earlier this week, according to multiple reports.

Lorenza Marrujo, 67, says she prefers the name “Lady Ninja,” due to her martial arts experience over the years. Standing at less than 5 feet tall, Marrujo reportedly left the suspect — identified by authorities as Donald Robert Prestwood, 59 — yelling in pain after she defended a wheelchair-using friend and neighbor, Elizabeth McCray, 81, on Monday.

Marrujo originally scared away the suspect from her own apartment after grabbing a bat and telling him to “back off,” according to a joint report by Los Angeles TV stations KCAL-TV and KCBS-TV. The suspect reportedly left before Marrujo heard screams coming from McCray’s residence.

“He grabbed me and shake me, and I went down on the floor,” McCray said before Marrujo arrived to help her.

“I squeezed myself between her and him. I put Mama [McCray] on the side, and I jumped on him. I was punching him and everything, and I had the cane against his throat,” Marrujo added.

Weighing just 100 pounds, Marrujo said didn’t want to kill the suspect — listed in jail records as 5-foot-10 and 170 pounds — so she switched positions and held him down.

“He lifted up and tried to twist my hand. At the same time, I twisted his and turned it around real fast. He was saying, ‘You’re hurting me.’ And I said, ‘I don’t care. I don’t care what happens to you. You had no right to hurt an elderly person,’” Marrujo told a reporter.

“I had to bend his fingers back … to get him off her. He was screaming because that’s one of my techniques, the bent fingers. Then I went ‘boom’ with my elbow twice in his sternum,” she continued, according to The San Bernardino Sun.

Police arrived on the scene and took the suspect into custody. Marrujo said he lived in the complex and sometimes did handyman work for residents.

Authorities added that while saving a friend in danger was a courageous act, it’s recommended that people call 911 instead of taking on situations by themselves because an attacker could be armed.

“We recommend that you dial 911 for emergency assistance, which, in this case, she did that and also jumped in,” police spokesperson Jennie Venzor told KCAL/KCBS. “What she told me is that her training kicked in, and it was like a muscle memory. She knew she had to help her friend out.”

McCray was taken to the hospital for treatment and released the next day. Afterward, she was thankful for Marrujo’s heroic actions and surprised by the fighting ability of her 4-foot-11 friend.

“Jesus was here and gave her power,” McCray told the Sun. “I wouldn’t think a little lady would have the power to do this.”

Fontana is located about 50 miles east of Los Angeles.