Chris Wallace: Trump ‘bears the primary responsibility for what happened’ at the debate

Chris Wallace: Trump ‘bears the primary responsibility for what happened’ at the debate 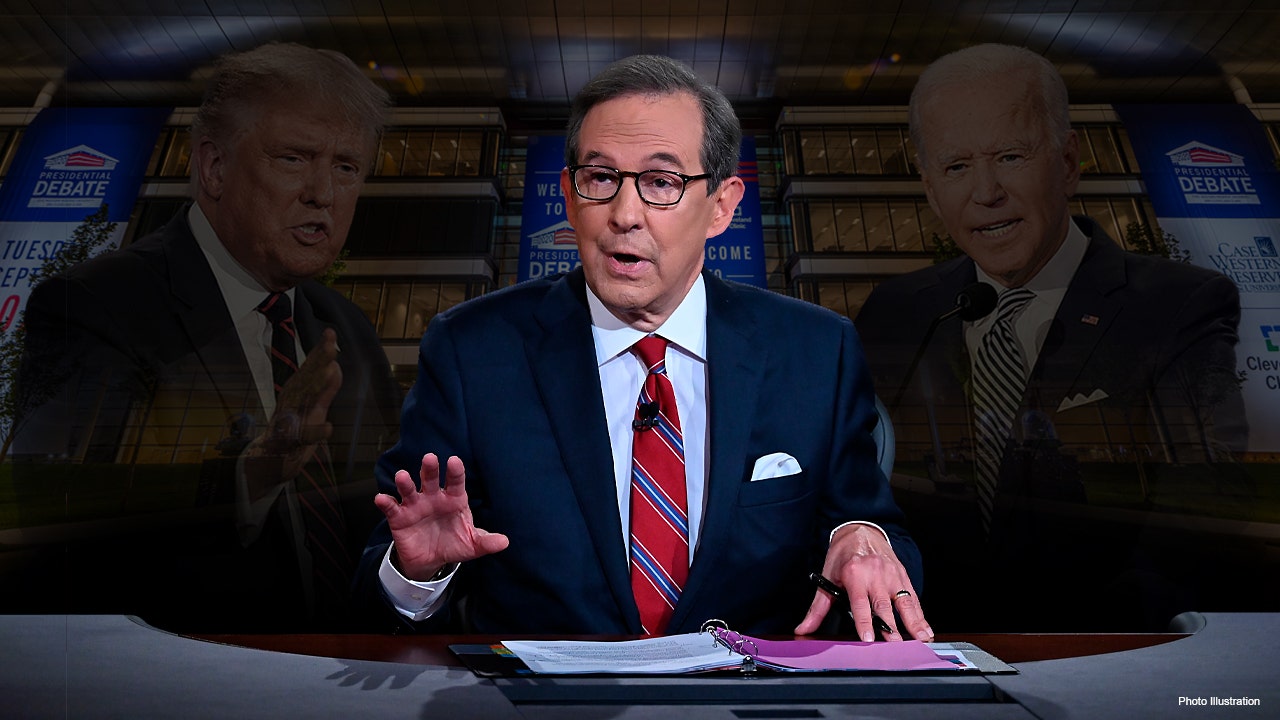 Wallace, who moderated the 94-minute clash in Cleveland, began by joking that the highlights host Bill Hemmer played had led to a recurrence the “PTSD” he had “just gotten over.”

However, Wallace went on, “it became clear, and clearer over time that this was something different and that the president was determined to try to butt in or throw Joe Biden off … I saw another Fox analysis that indicates the president interrupted either Biden’s answers or my questions a total of 145 times, which is way more than one a minute. And he bears the primary responsibility for what happened on Tuesday night.”

MEDIA CALL FOR UPCOMING DEBATES TO BE ‘CANCELED,’ URGE BIDEN TO BACK OUT AFTER FIRST BRAWL WITH TRUMP

Wallace told Hemmer that he “began being more forceful” after repeatedly urging Trump not to interrupt the Democratic nominee.

“At a certain point, 45 minutes in, I called a halt to the debate for a moment and said ‘You know, this isn’t really serving America and please stop the interruptions,'” Wallace told Hemmer. “And the president said, ‘Well, why don’t you admonish him? And I said, ‘Because you’re doing a lot more of the interrupting, Mr. President.’ Biden was doing some, no question about it, but less than half as many times as the president.”

At one point, Wallace expressed his biggest “frustration” by holding up his “debate book,” which he stressed took “hundreds of manhours and womanhours” of research to put together a “serious, substantive debate” head of the presidential showdown.

“I was really hoping for the debate that I think America wanted to see, which was a serious exchange of views,” Wallace continued. “And you know, I felt that I had gotten all of the ingredients. I had baked this beautiful, delicious cake and frankly, the president put his foot in it. And that was frustrating, frustrating for me because I tried hard to prepare for a serious debate, [and] much more frustrating, importantly, for the American people because they didn’t get the debate they wanted and that they deserved. And that’s a loss for the country.”

Responding to criticism of his handling of the debate, Wallace stressed that “hindsight is 20/20” but admitted that he knew 45 minutes into the debate that it was a “total mess” and a “disservice … to the country.”

The moderator observed that Biden’s answers “weren’t always great” and that Trump “could have been more effective in picking them apart” if he had not interrupted so often.

Wallace also cautioned against the idea of allowing the moderator to cut the microphones of candidates who repeatedly interrupt during a debate, describing it as impractical since the two candidates can still hear each other’s interruptions even if the audience at home cannot.

“You know, they say ‘We’re going to give the moderator a button to mute them.’ Boy, I don’t want to be in the position of saying ‘You know, I’m going to interpose myself between the president and the public and say you can’t hear what he has to say now,'” Wallace said. “I think that’s a pretty tough spot to put any moderator in.”

When asked if he has rewatched or will rewatch Tuesday’s debate, Wallace responded, “Oh God, no.”